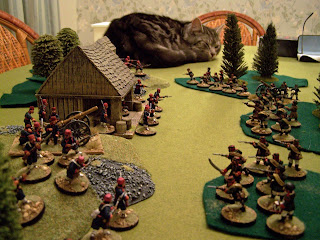 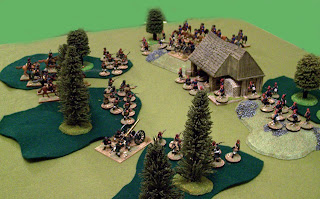 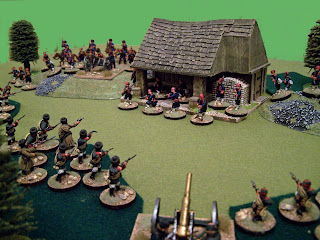 
As the New Year beckons I usually start with a look at forthcoming centenaries. Mainly as inspiration for display games in the coming year.

I suspect the 500th anniversary of the Battle of Flodden 1513 will be the big UK centenary and we have started to think about it. Many figures already in GDWS member's collections, but we are going to need more pike armed Scots. You could include the battles of Novara, Spurs and La Motta of the same year.

The Thirteen's were not big in the Balkans with the obvious exception of the continuing Balkan Wars. The Fall of Jannina and then Edirne signalled the end of the First Balkan War. But then the Bulgarian's kicked it all off again in June 1913. Jannina is a city well worth visiting and it has the period Fort Bezane as well.
Less well known is the Battle of Camurlu, near Sofia, fought on 5 July 1413 Between Musa and Mehmet I to decide which son of Bayezid I would unite the Ottomans. Mehmet won with Byzantine support. An excuse to get out lots of Ottomans is one I am unlikely to miss during the year.

On a medieval theme Louis the Bavarian defeated his cousin Frederick I of Austria at the Battle of Gamelsdorf in 1313. Or a chance to use the Spaniards again because Simon de Montfort beat Pedro II of Aragon at the Battle at Muret in 1213.

The Napoleonic Wars continue to generate a range of options. Vittoria, Leipzig and the Pyrenees to name a few. The War of 1812 continued with several interesting actions although I prefer the South American Wars of Liberation. Bolivar's invasion of Venezuela and the Battle of Barbula on 30 September 1813. 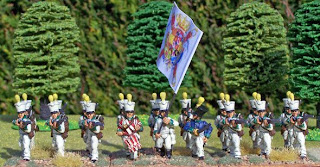 Cheating slightly, the ACW has a number of 150th anniversaries including Chancellorsville, Chickamauga and of course the big one, Gettysburg.

That should be enough to keep anyone busy!
Posted by Balkandave at 11:51 No comments:

The Knight's Move (Operation Rösselsprung) was a combined airborne and ground assault by the Germans on Tito’s headquarters at the Bosnian town of Drvar in May 1944. Operation Rösselsprung involved the 500th SS Parachute Battalion (Captain Rybka) making an air drop on the town while several ground force columns (XV Mountain Corps) converged on Drvar, supported by the Luftwaffe.

Faulty intelligence meant the paras attacked the town rather than the nearby cave that housed Tito's HQ. By the time they realised the error, partisan units arrived to make the attack a costly failure. Tito escaped before the ground troops could close the trap.

David Greentree has written a very good history of the operation for Osprey in its Raid series. As you would expect from Osprey, it includes many photies and several excellent colour maps.

Santa has been good in providing some 28mm metal Soviet and partisan types to supplement my VBCW workers who can make the shift to Yugoslavia quite easily. Iain from Flags of War is working on the Paras and I have some ground troops. Any ideas for Prinz Eugen fez wearing figures would be welcome. We are considering this as one of GDWS display games in 2013, so expect more on this theme.

I have also written a longer piece on the operation for the New Year, Balkan Military History update. My holiday reading is 'Terror in the Balkans' by Ben Sheperd, so I am likely to bore the pants off my loved ones on the subject as well!

This is the first of Robyn Young's take on the Robert the Bruce story.

Posted by Balkandave at 23:03 No comments: