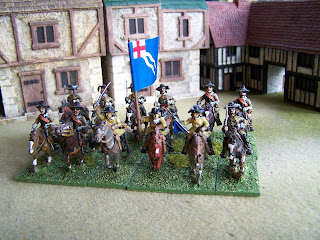 Posted by Balkandave at 15:47 No comments: 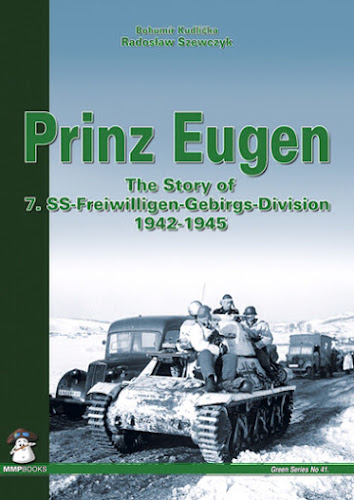 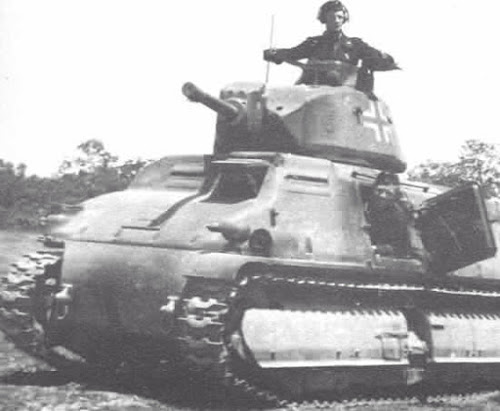 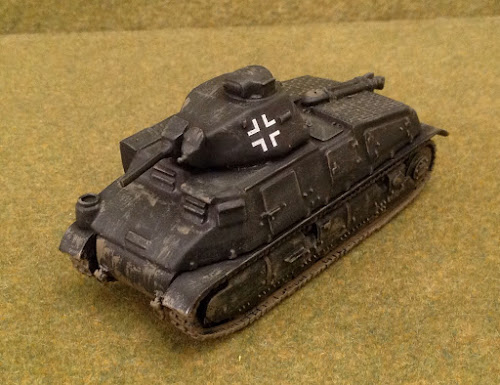 Having played Lion Rampant I decided to give the recently published fantasy version a go. Also an opportunity to dust down my box of fantasy figures.

The essence of the rules are the same, so I won't repeat my explantation of the game mechanics. The rules use the same basic unit structure and game mechanisms for movement, shooting and combat. Retinues become warbands.

In this version you get some additional units, including two sizes of war beasts for those big models. The big addition is a section called fantastical rules. Here you can add hate, terror etc and of course magic. You can pay for different types of spellcasters who can use a range of spells, the more powerful of which require higher dice throws to activate.

As with Lion Rampant, you get a number of scenarios and sample army lists. Although again you are encouraged to make up your own.

So, onto the tabletop. We have an Orc Warband with a Big Boss, an Orc Shaman with a few limited spells, and several units of warriors classed as Bellicose Foot. They all have Wild Charge, so that's what they do once in attack range. 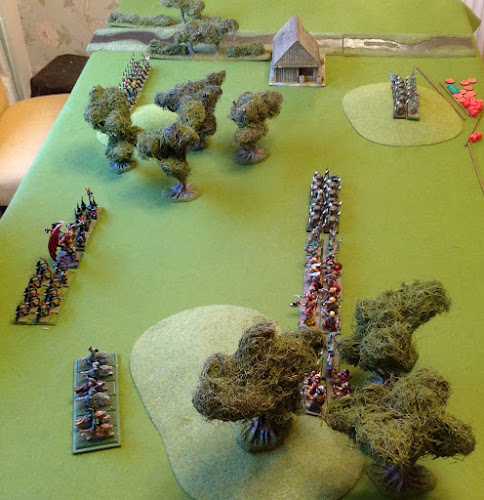 Their opponents are Goblins led by a Daemon Prince, with a Shaman, wolf riders, archers and several units of spear armed warriors.

The Orcs rather predictably stormed across the table, scattering the Goblins whose shooting abilities caused some damage. 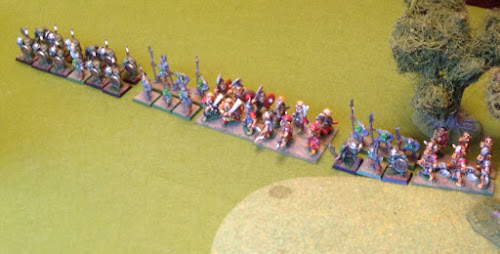 The Daemon Prince was left a bit isolated, but difficult to kill. The solution was to use a spell from the Orc Shaman that leaves units 'battered', fighting at reduced strength, and then attack with another unit. With the death of their leader that was game over for the Goblins. 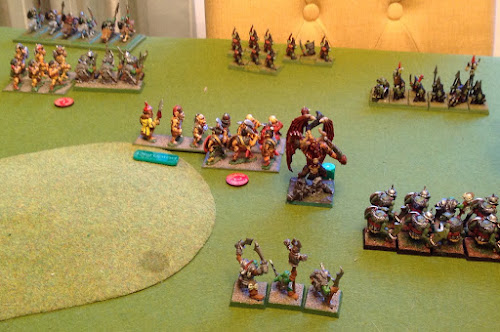 As with Lion Rampant, the rules provide for a quick and enjoyable game. Unlike some fantasy rules the magic element isn't dominant, it provides a bit of longer range artillery and other benefits. You can use any figures in these rules you want and Warbands are limited only by your imagination.

I enjoyed these rules and will certainly use them again.

Posted by Balkandave at 17:57 No comments:

The holiday break is an opportunity to catch up on some outstanding projects, one of which is trying out the Lion Rampant rules. These are pretty popular at my club, even eclipsing SAGA at present.

Lion Rampant is published by Osprey and written by Daniel Mersey. They are a simple set of rules for the medieval period based around a retinue of typically around 50 models in six or so units of 6 or 12 figures, although you can do smaller and bigger actions. It's not quite skirmish, but it is part of trend towards smaller games that don't require a year's painting before you get a game on the table. A 6' by 4' table is standard.

Each retinue has a leader, who is important, but not a super hero. Try not to get him killed though, as the courage tests can be painful. The activation sequence starts with Leaders issuing challenges, rallying battered units and testing for wild charges by your Knights. However, the key is ordered activations that require different dice throws to move, shoot or attack. This is very clever as it reflects a units willingness do undertake different actions. For example, knights are difficult to get moving but easy to charge. If you fail an activation, your turn ends, a bit like Black Powder. This means you need to decide which activations are most important to your battle plan and have lower dice requirements, so the risk of failing is lower.

The shooting and combat mechanisms are very straightforward, based on the ability of the unit and the armour class to survive hits. You remove models and that weakens the unit's impact once you reach half strength. Losing figures is even more important in the courage (morale) tests that you have to take after losing casualties, because they get deducted from the dice roll.

The game is usually played to a number of scenarios, but you can make your own up. These are typically small action scenarios around raiding, convoys and collecting taxes.

There are a few sample army lists, but you are encouraged to write your own, with some limitations to stop super army design. There are eleven troop types, all typical Western European medieval types, but you can rename them for other parts of the world. These are adequate, but might need a bit of tweaking for units like Janissaries, who don't fit well.

So, onto the tabletop. My retinues, you will be surprised, are from the Balkans! Bosnians and Ottomans for this play test. The Ottomans are the attackers and made it across the table quickly (horses move 10/12" and foot 6/8"), while the Bosnians kept failing activations and largely hugged the baseline. 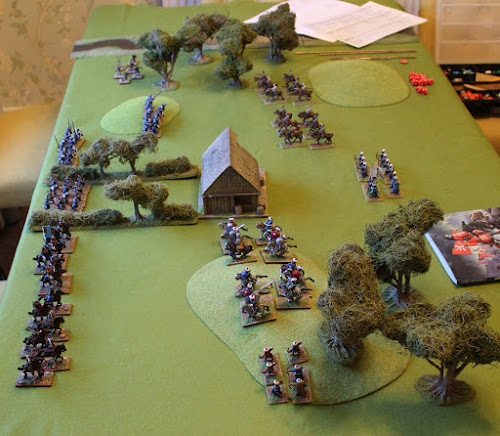 This helped the Ottomans who are strong in shooters and they peppered the Bosnians causing courage tests and consequential retreats.

The Bosnian Knights eventually got a wild charge in but were clevely lured onto rough ground that made them less effective. When they routed it was game over and mass conversions followed! 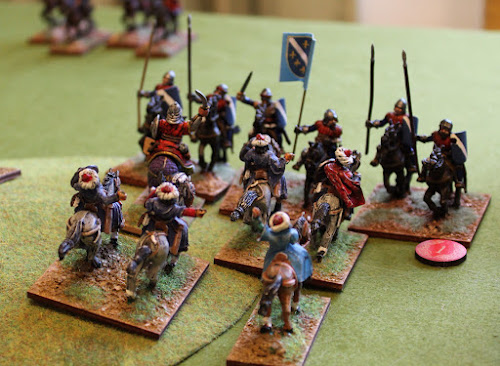 These are definitely my type of rules. Simple, easy to remember game mechanics, yet plenty of subtle game play. Recommended.

Strathclyde and the Anglo-Saxons in the Viking Age

Precious little wargaming or related reading recently, as work has taken over all waking hours. Roll on Xmas!

One book I have finished is Tim Clarkson's 'Strathclyde and the Anglo-Saxons in the Viking Age'. This has been on the reading shelf for some time and I picked it up knowing very little of the kingdom that that covered the area where I live today. I suspect my solitary knowledge was the partial chapter in the WAB Age of Arthur book and the stones at Govan Old Parish Church in Glasgow.

Strathclyde is the modern name for Strat Clud, indicating a kingdom based on the strath or lower valley of the River Clyde. They were also known as Cumbrians and their kingdom stretched from Glasgow down the Solway Firth and then on into modern day Cumbria.They were ethnically Britons or North Welsh, but as becomes clear in the book, we know very little about them. The limited sources almost all come from mentions in the annals of other nations.

The book covers the period from the middle of the 8th Century to the beginning of the 12th. From the capture of their original capital on Dumbarton Rock by the Vikings, until they were overrun by the Scots and the Scottish parts of Strathclyde became part of Scotland.

It covers conflicts with the Vikings, the Anglo Saxons and less frequently the Kingdom of Alba. They were probably present at the great battle of Brunanburgh in 937 when the Saxons defeated the Norse and their Scots and Strathclyde allies - even if no one is quite sure where the battle site is.

The other great battle was Carham in 1016 or 1018, between the English and the Scots. The English or more properly the Northumbrians, were probably commanded by Earl Uhtred of Bamburgh. Yes, that's Bebbenberg. For those watching 'The Last Kingdom' or reading the Bernard Cornwell books, a Uhtred did actually exist. He was obviously a renowned warrior and leader, but perhaps not quite as well travelled as Cornwell's character!

This book fills a gap in our understanding of a Kingdom that was an important part of Dark Ages Britain. I will look that bit more carefully at the stones on my next visit to Govan.