The last unit of lowland militia finished. These are League of Augsburg figures. A more slender sculpt than Front Rank and others chosen for this project. 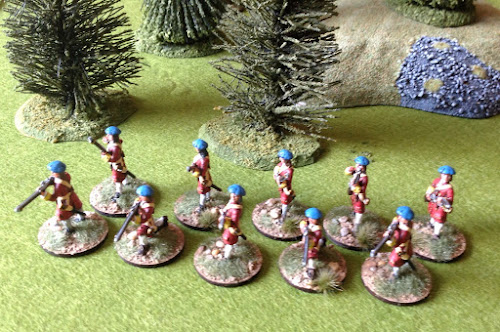 This enabled me to get the whole project on the table for a game using Donnybrook rules. These work well for this period, nice easy mechanics that allow a quick game. A bit too quick for the Jacobites, as the highlanders got gunned down by the regulars and militia firepower. The horse did better, riding down the militia at least. 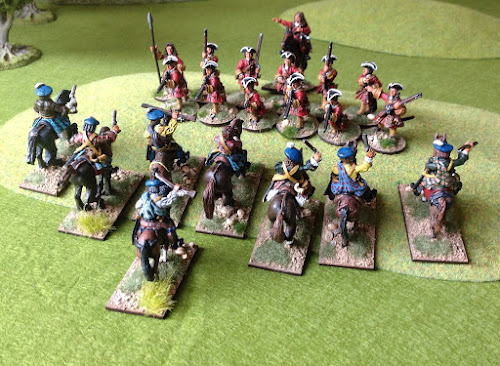 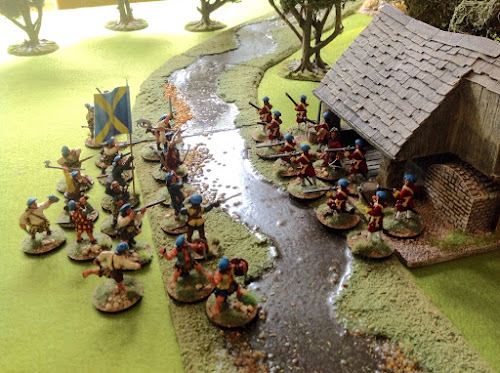 Posted by Balkandave at 13:00 No comments:

Latest stage of the Sheriffmuir 1715 anniversary project is the mounted troops.

Here we have some fine mounted gentlemen to ride down the riff raf. 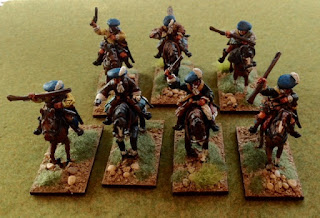 And then some command figures. 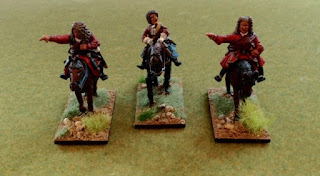 Just the lowland foot to finish off and we can have some tabletop action.
Posted by Balkandave at 22:40 1 comment:

A Man Most Driven

Peter Firstbrook has written a biography of Captain John Smith, famous for being saved from execution by a Native American tribe, by his captor's daughter, Pocahontas.

American history isn't normally my thing, but this biography attracted me because of John Smith's earlier exploits were in the Balkans. Between 1601 and 1604, Smith was a mercenary captain in the Habsburg armies fighting the Ottoman Turks.

It is a pretty astonishing story as well. Smith fought in Hungary, Translyvania and Wallachia, before being captured by the Turks. He then spent a short period as a slave, before escaping through Muscovy.

We have very few English language sources for these campaigns. Of course we have Smith's own account, but what the author has done is to check that account by travelling the same route. He has given us credible evidence on the places and battles Smith took part in. As best he can, he concludes that most of Smith's account is probably broadly correct.

This is also a very readable history. It's also a great story of very interesting character. You will find this a difficult book to put down. 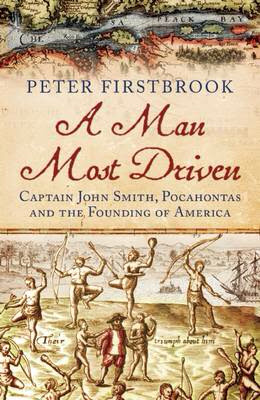 Posted by Balkandave at 12:07 No comments:

It was the Scottish Air Show at Prestwick this weekend.

The Saturday is the air display off the coast near Ayr and the Sunday is the static display day, plus take offs at Prestwick airport. 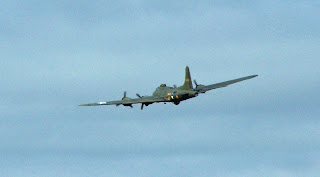 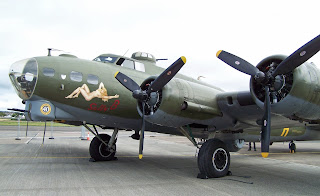 Closely followed by the Vulcan in its last Scottish visit. 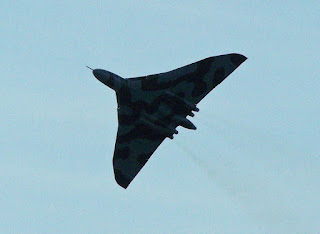 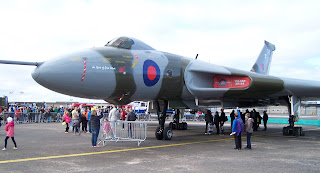 And of course the amazing Red Arrows Hurricane and a Spitfire from the Battle of Britain flight

And their modern cousin 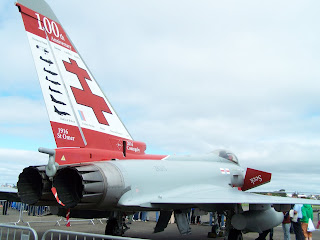 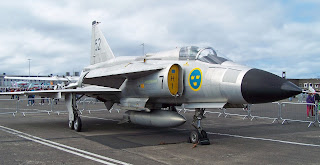 and finally some WW2 ground displays 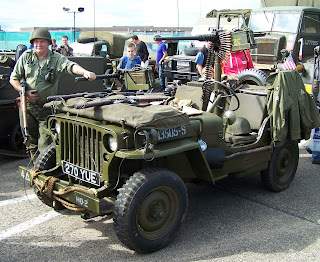 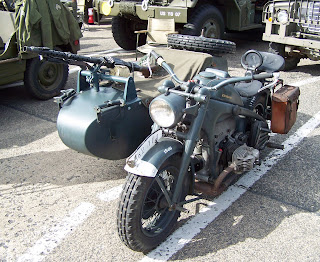 Posted by Balkandave at 15:10 No comments: