I am pleasantly surprised to be ahead of schedule for a show with no last minute painting. Well another unit of knights but that really is it.

These are a few odds and ends. Some Crusader longbowmen that have been gathering dust and you can never have too many of them in an English army. Although they are not likely to see much action at the Bannockburn game with all those eager knights getting the way!

In front of them are some casualty markers with a clever number mechanism courtesy of Warbases. Excellent firm this, always prepared to produce what you want at a very reasonable price. 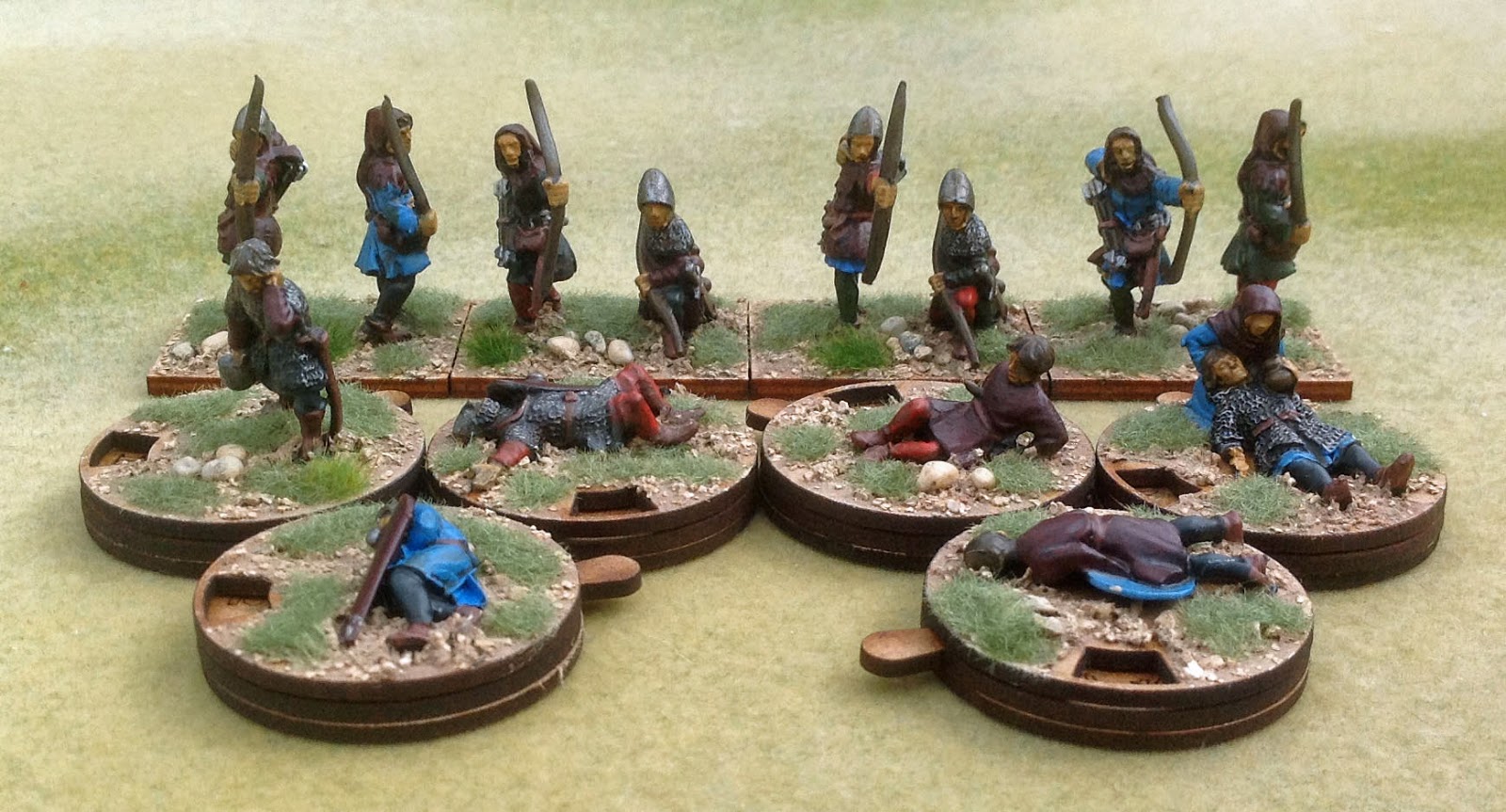 I have also drafted the handout for our participation game at Carronade. An historical explanation of the first day of Bannockburn and the rules we intend to use. Just a draft these as we will be testing them at the club next Sunday. Looks like a fun game and so, if you are going to Carronade, stop by and see if you can achieve what Edward II couldn't - can you break the schiltrons?
Posted by Balkandave at 18:29 No comments: 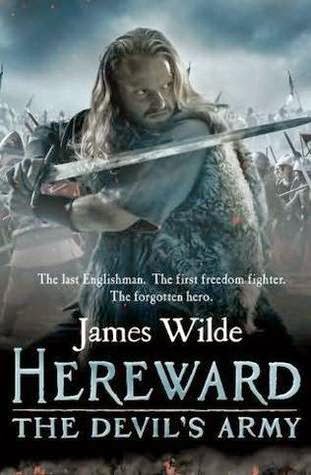 Posted by Balkandave at 11:28 No comments:

Two more Schiltrons of Scot's spearmen for the Bannockburn project. One more left to base and that will be enough for our Carronade participation game. Still some bits and pieces to do, including more longbowmen and knights. However,  for once I feel actually ahead of schedule and might actually get some gaming in over the Easter break.

I'll be giving them a run out at the club tomorrow against the Teutonic Knights.

A bit of a mix of figures. Certainly Claymore Castings, plus Black Tree, Curteys and Front Rank from memory. The big flags are from Flags of War and the Earl of Lennox is from CitadelSix. A new firm to me. The foil banners work well, but I am not convinced by transfers for flags. The shield artwork is first rate, slightly spoilt by poor quality transfers that chip very easily. But they plug a gap in this period.
Posted by Balkandave at 12:28 No comments:

My annual trek down to London yesterday for Salute and some footie in the afternoon. A vital three points for Fulham made my day!

The queue on arrival was mega but as I had an advance ticket it progressed quickly. Nice freebie figure this year that I might for once actually paint.

The trader fest was impressive with more alternative universes than I could imagine. I assume there is a market for all this, or I hope so as the effort, artwork and models are impressive, even if it isn't my thing.

I suppose my abiding memory of this year's Salute is the smell of MDF. It was everywhere with buildings and bases to models. I am not a big fan of MDF buildings, not enough depth for me, although I accept the upper end of the genre are pretty good.

A very good range of games and here are those that caught my eye. 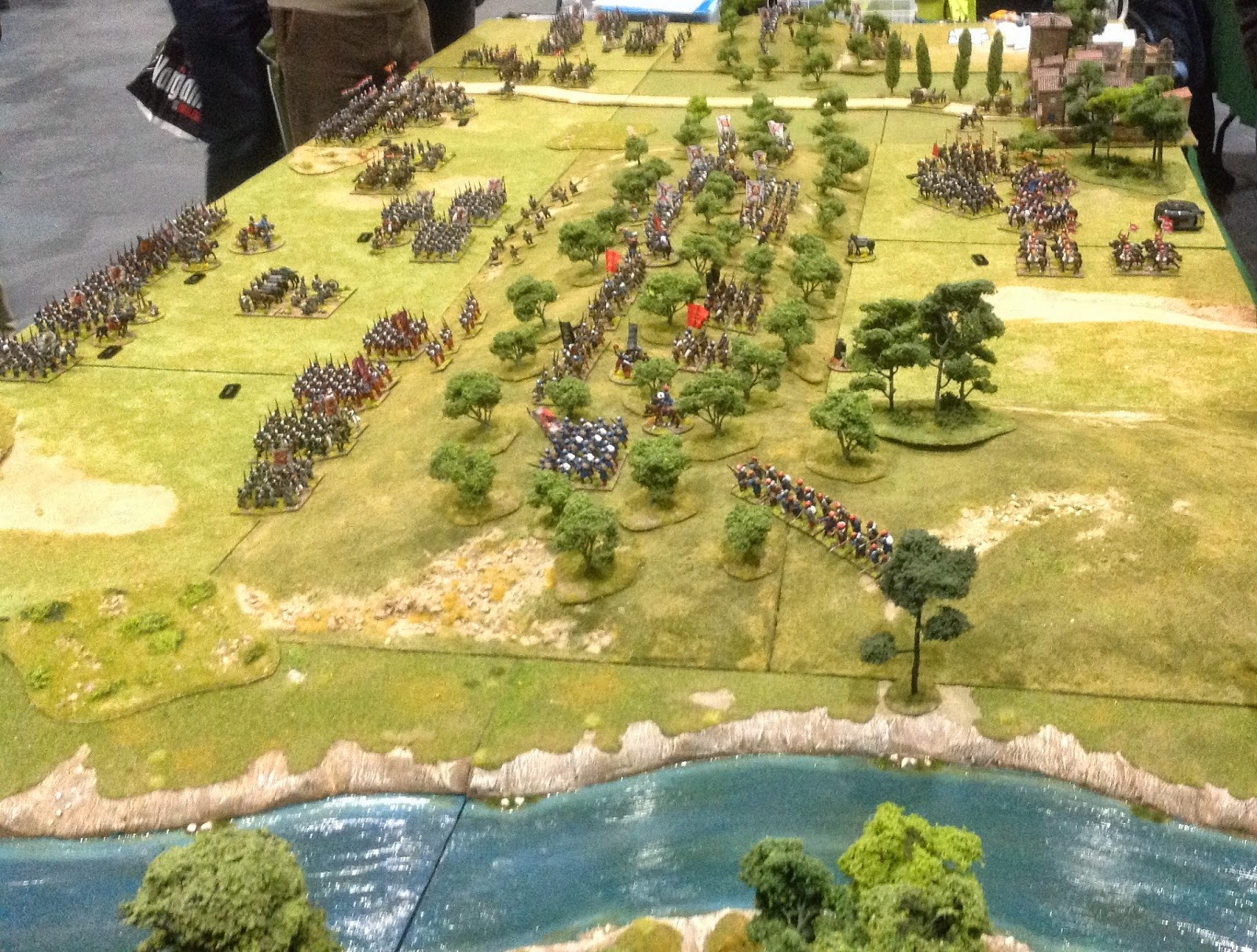 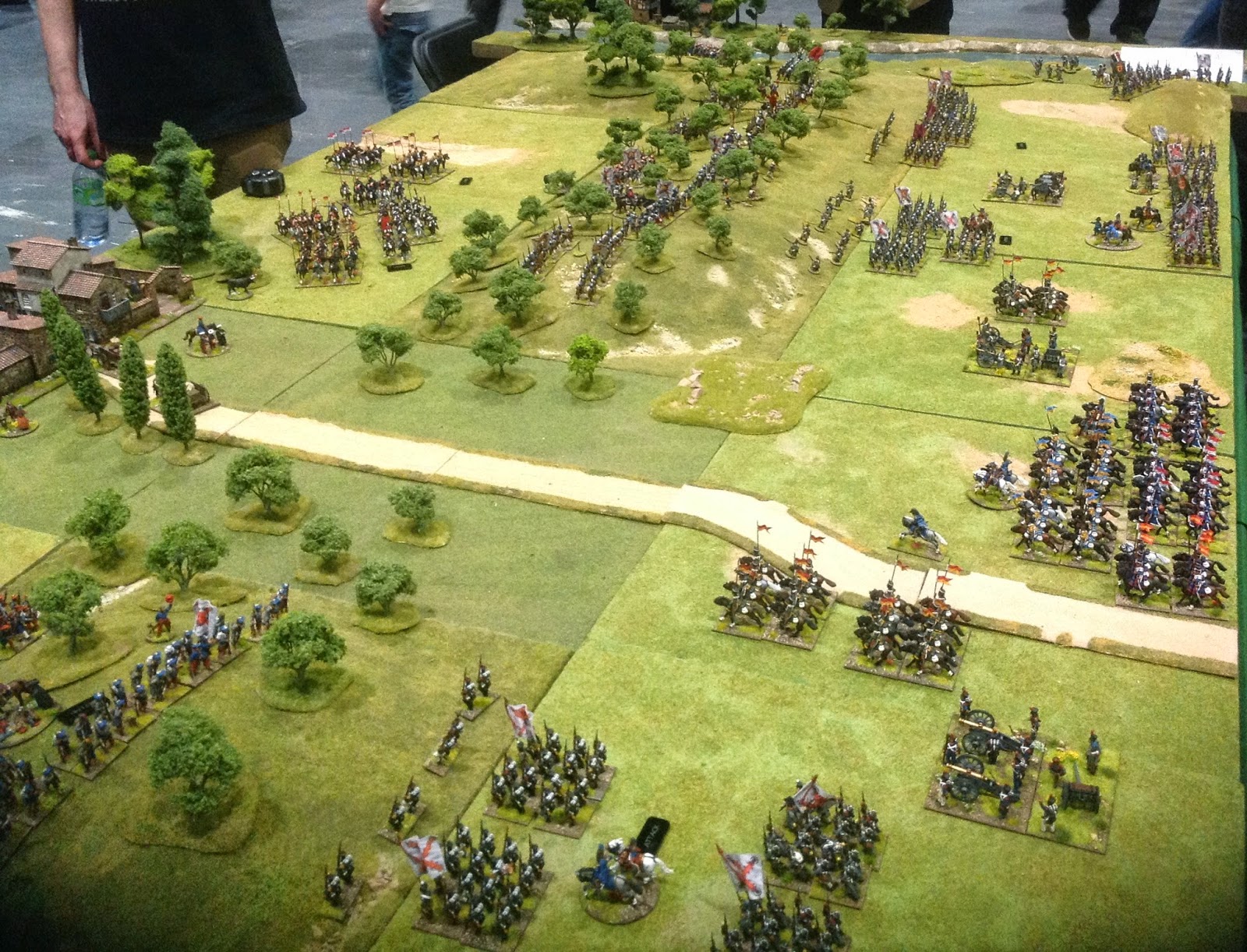 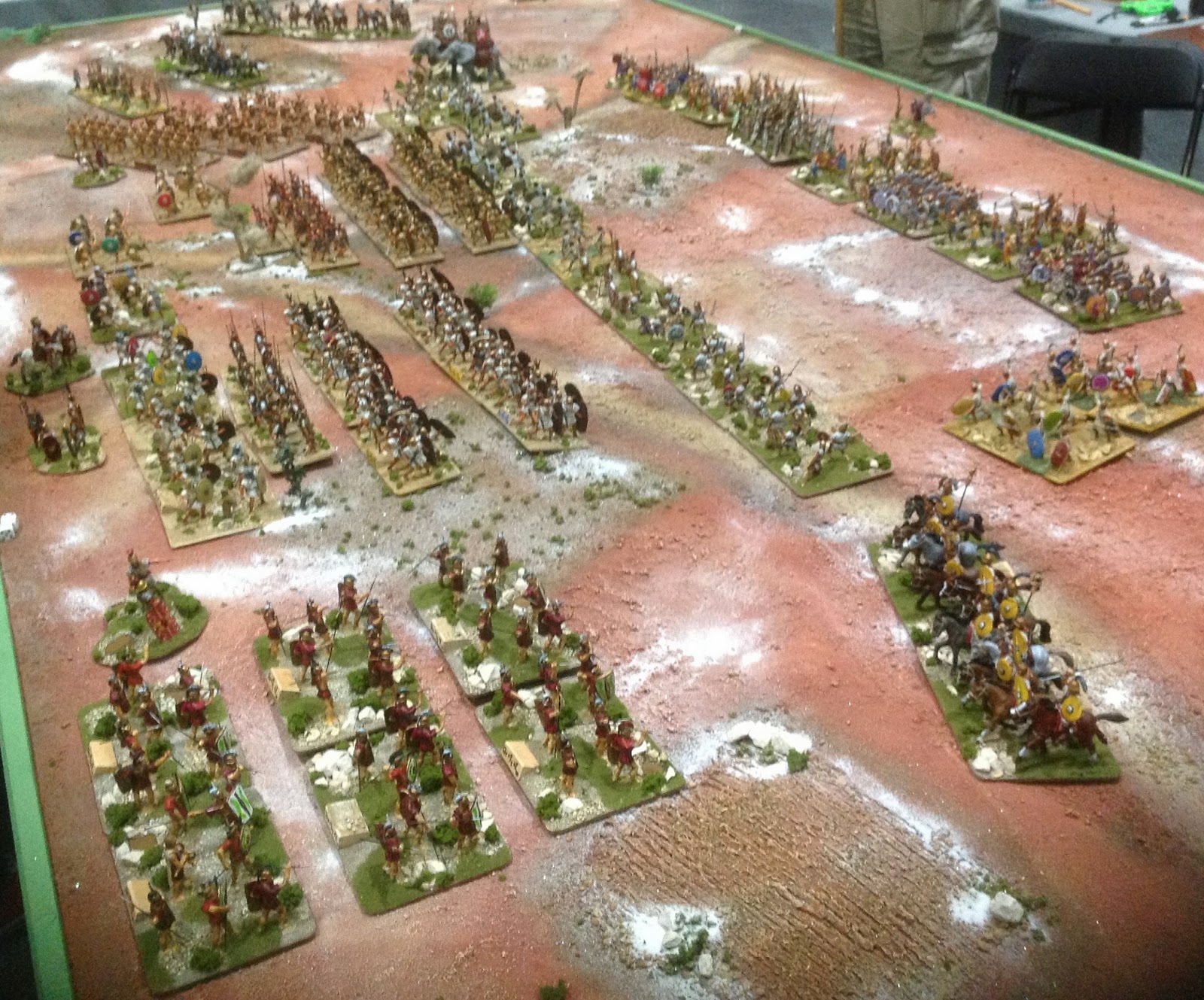 Punic wars in I think 54mm 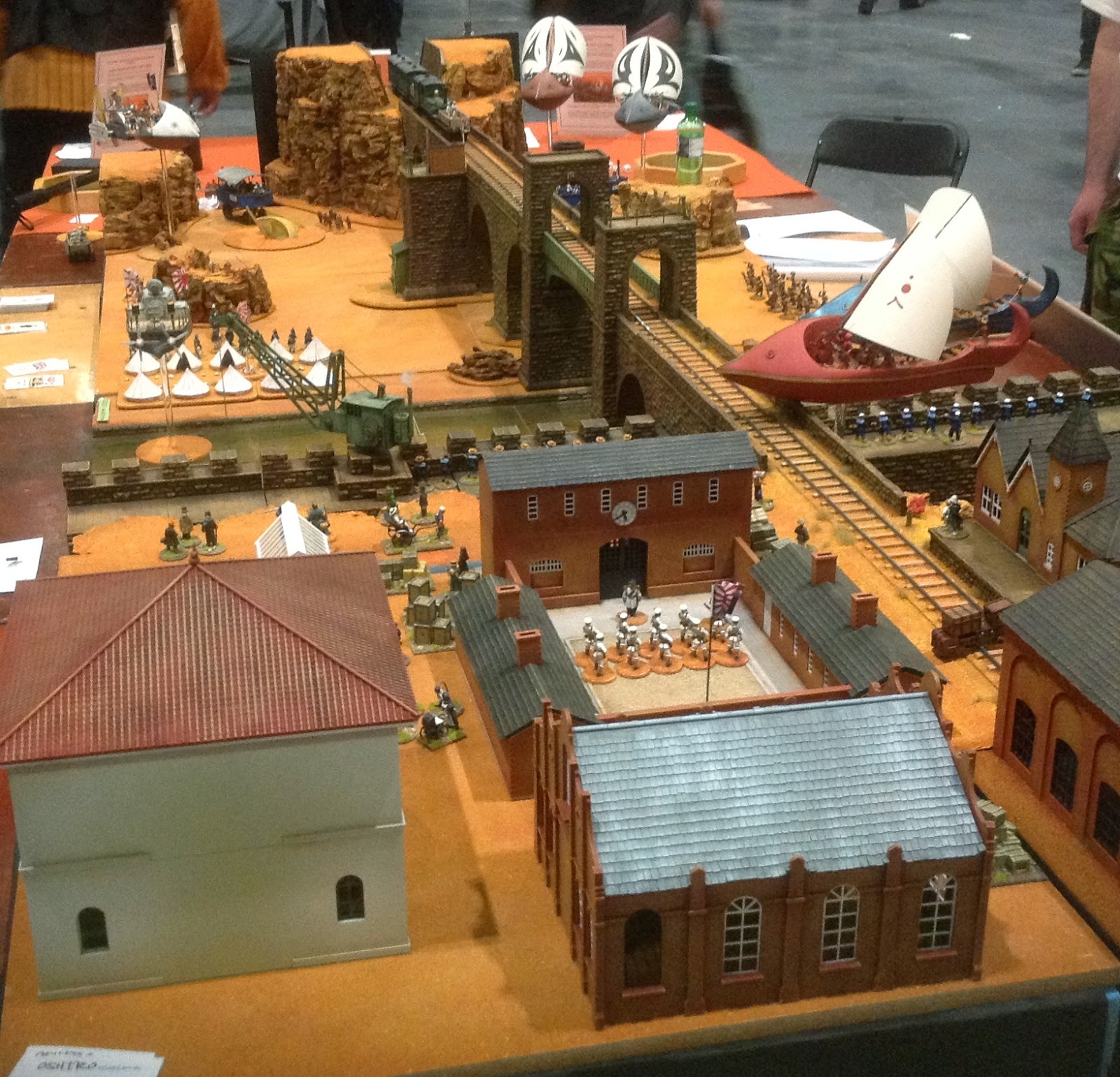 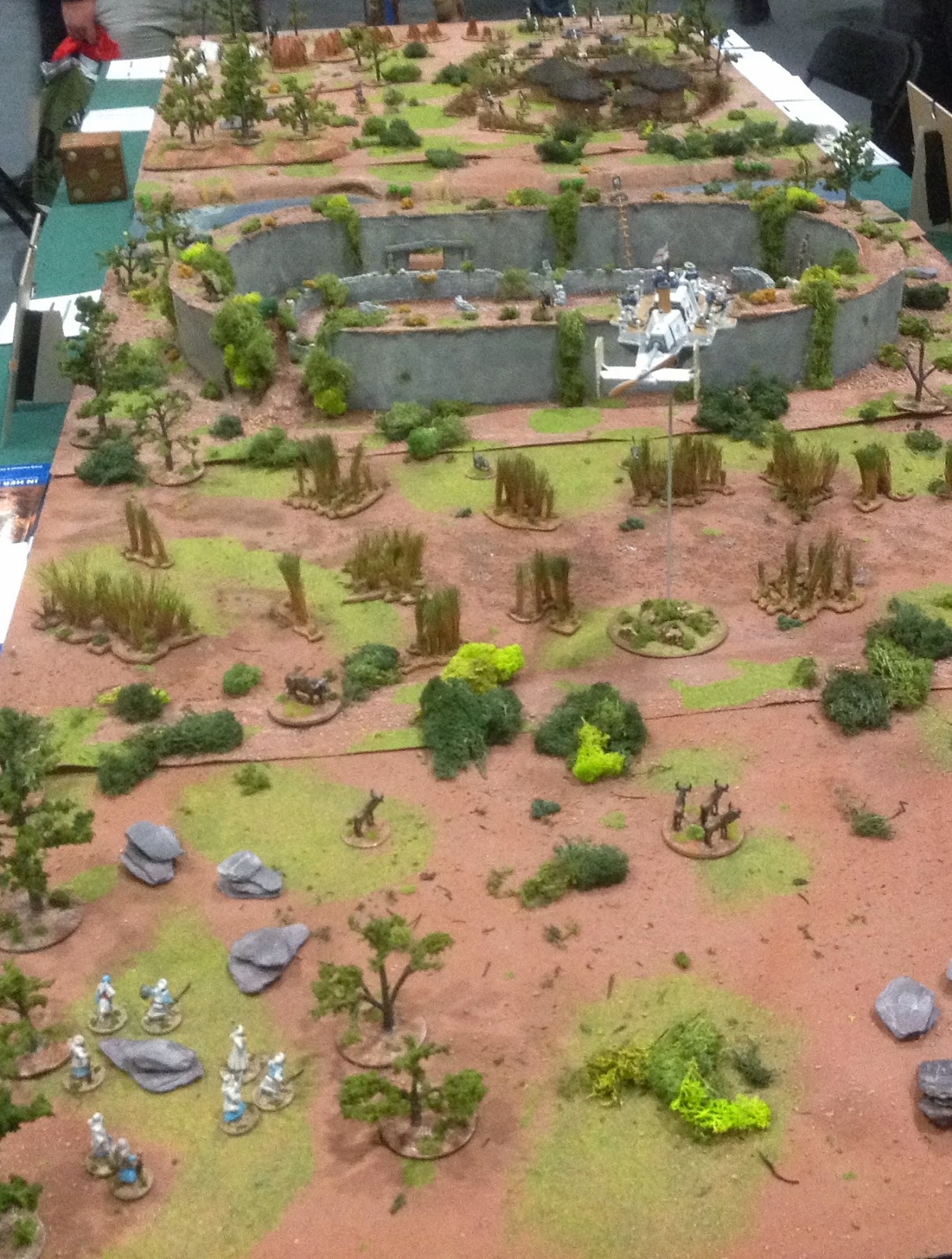 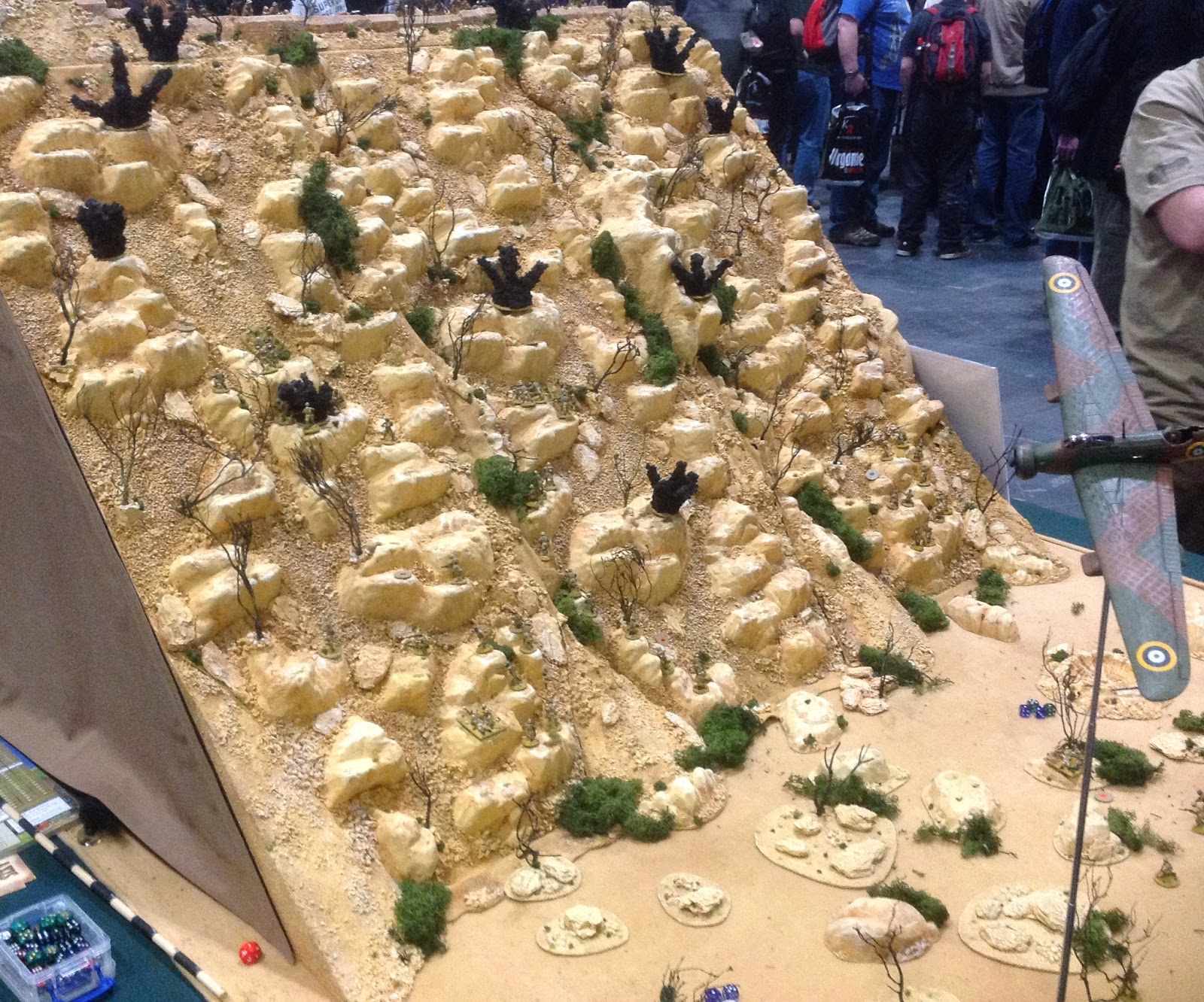 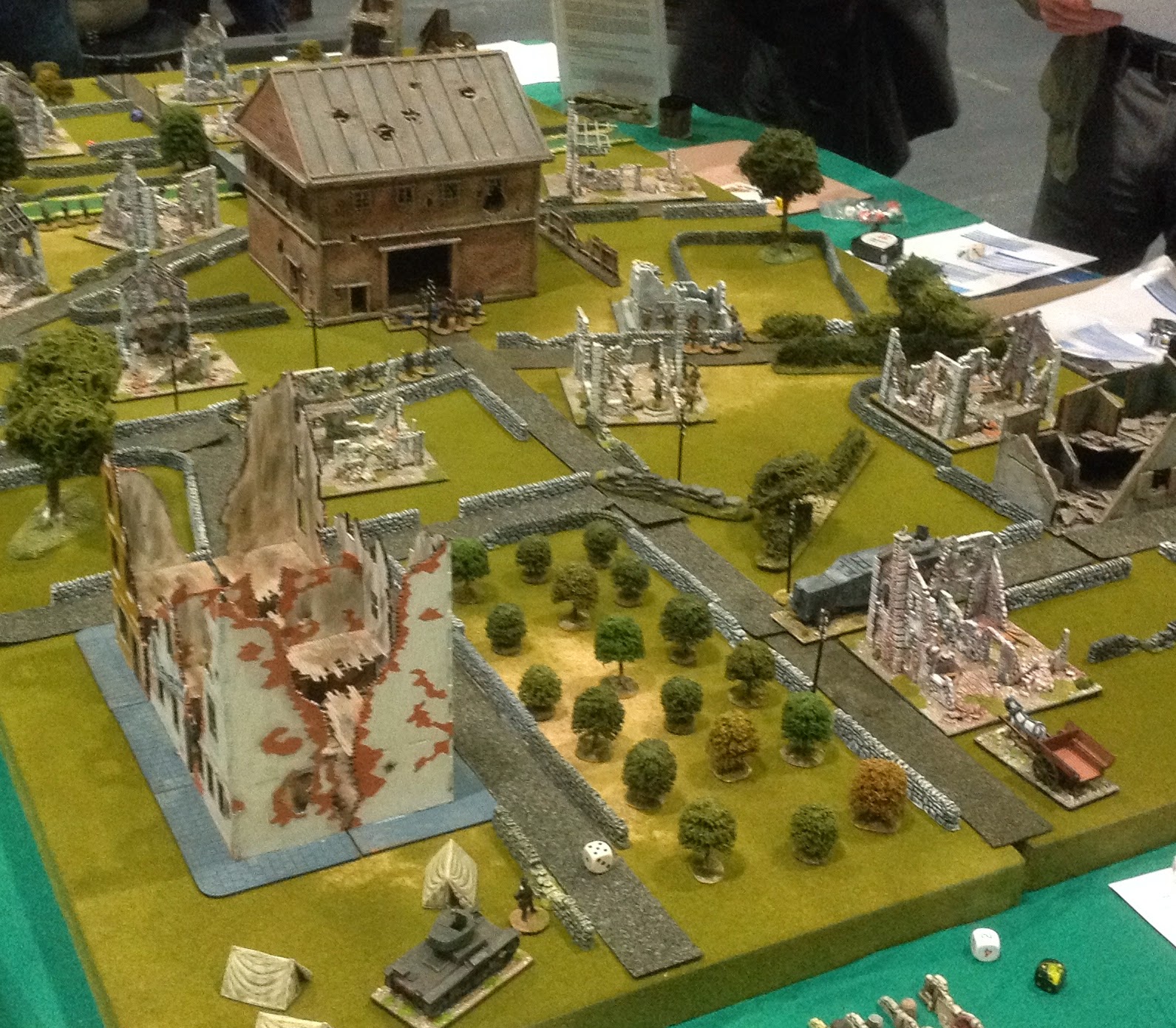 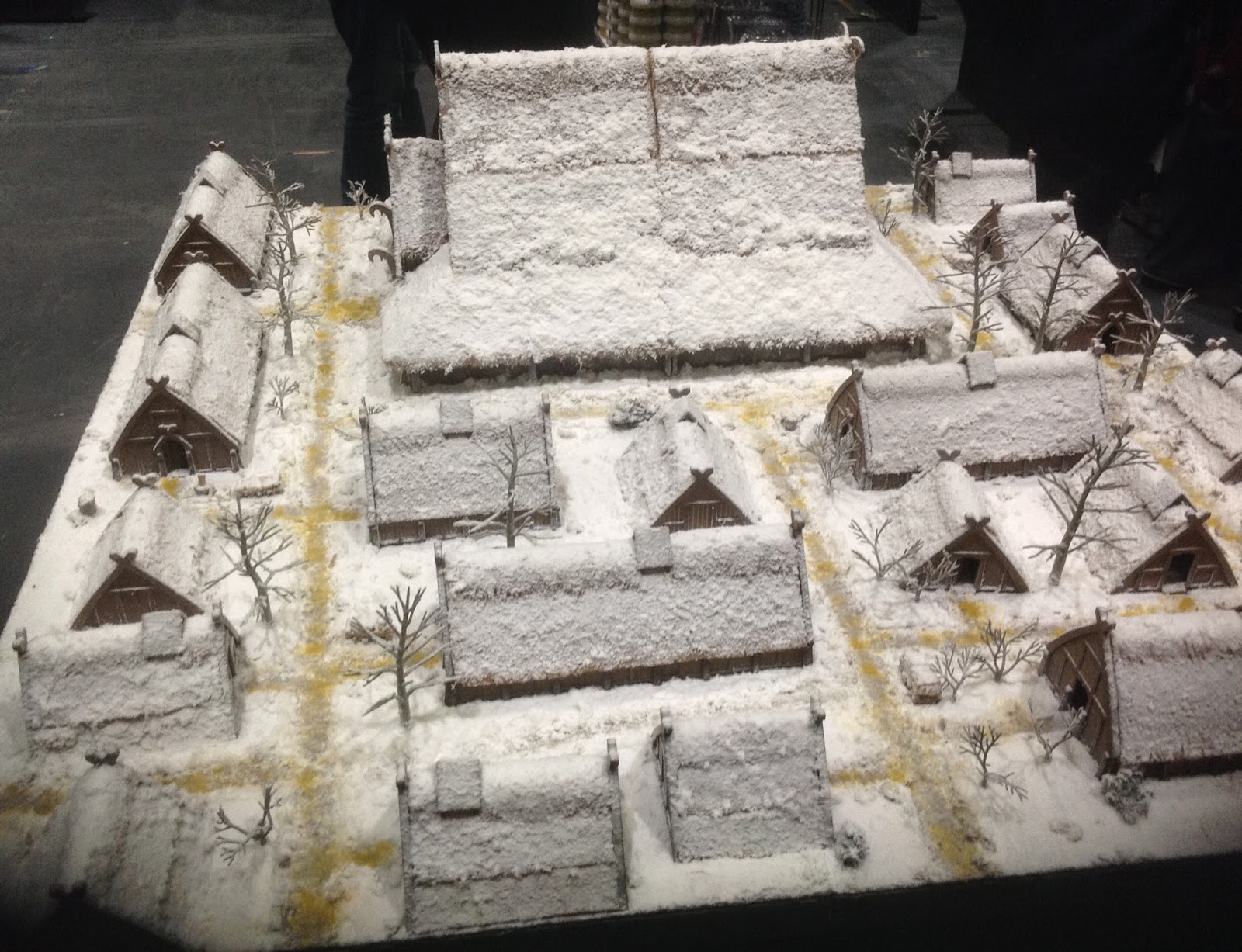 This was an impressive MDF village 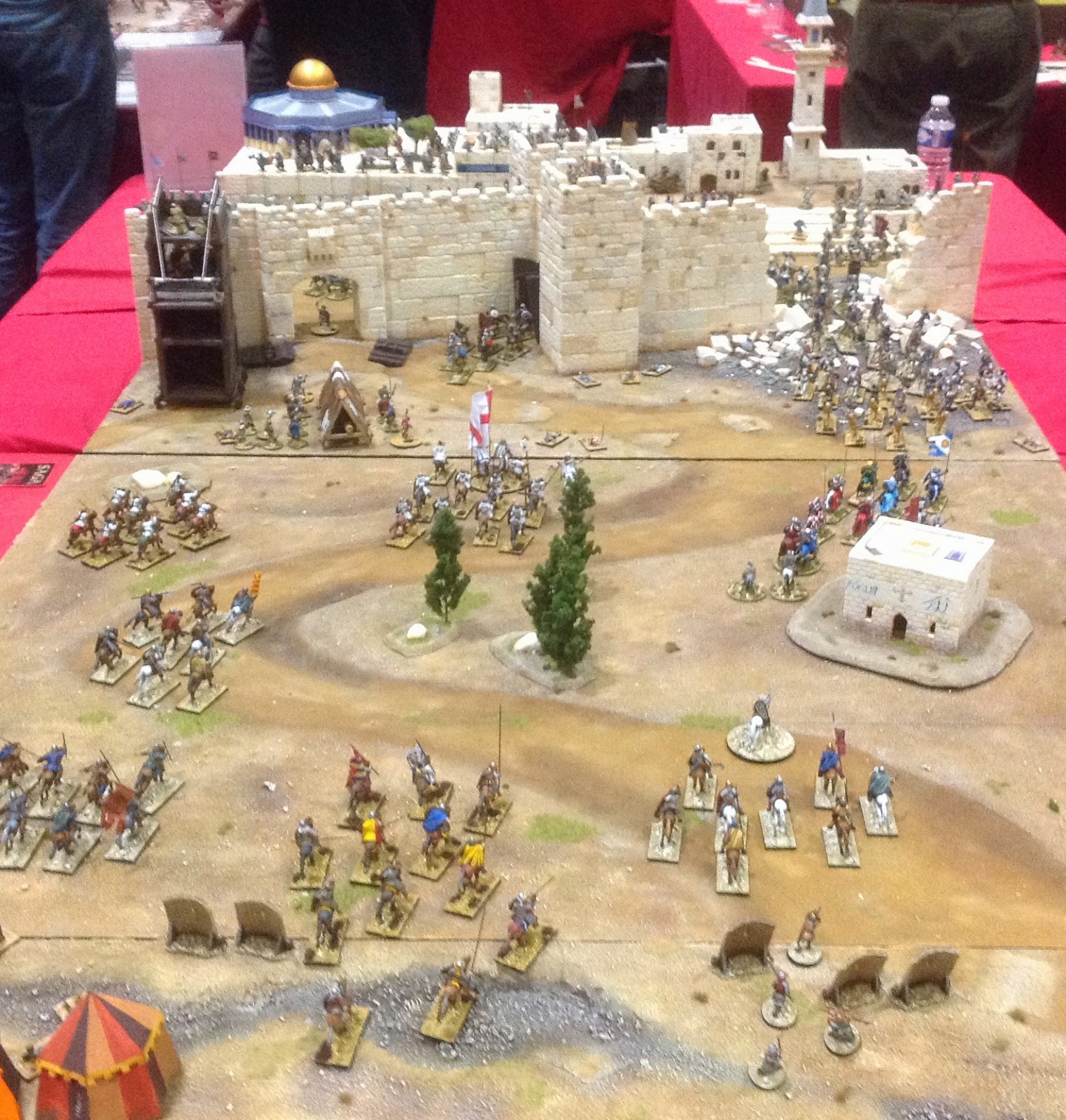 Demo for the new SAGA supplement. Problem with the printer meant not on sale. I picked up the dice though. 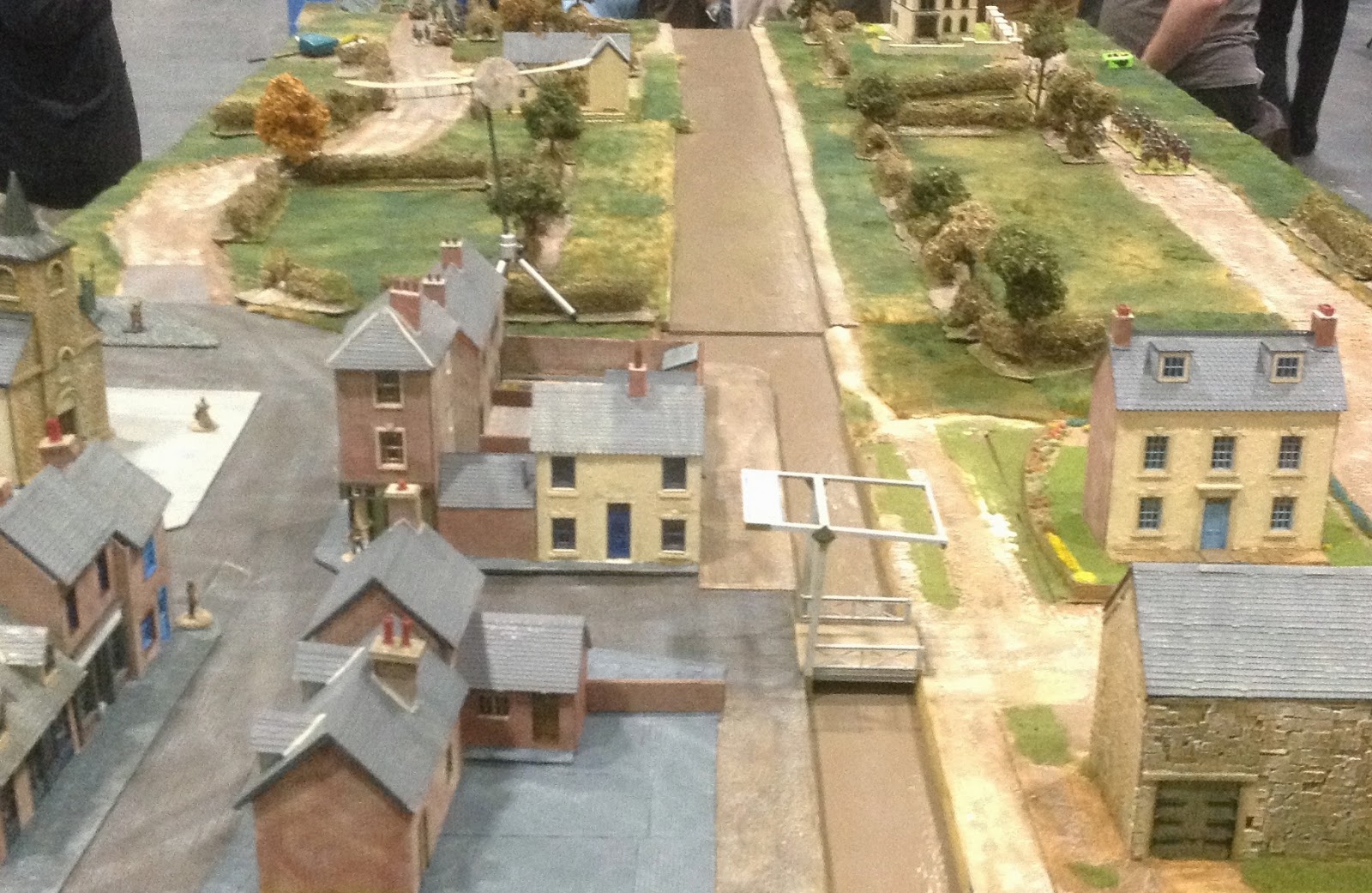 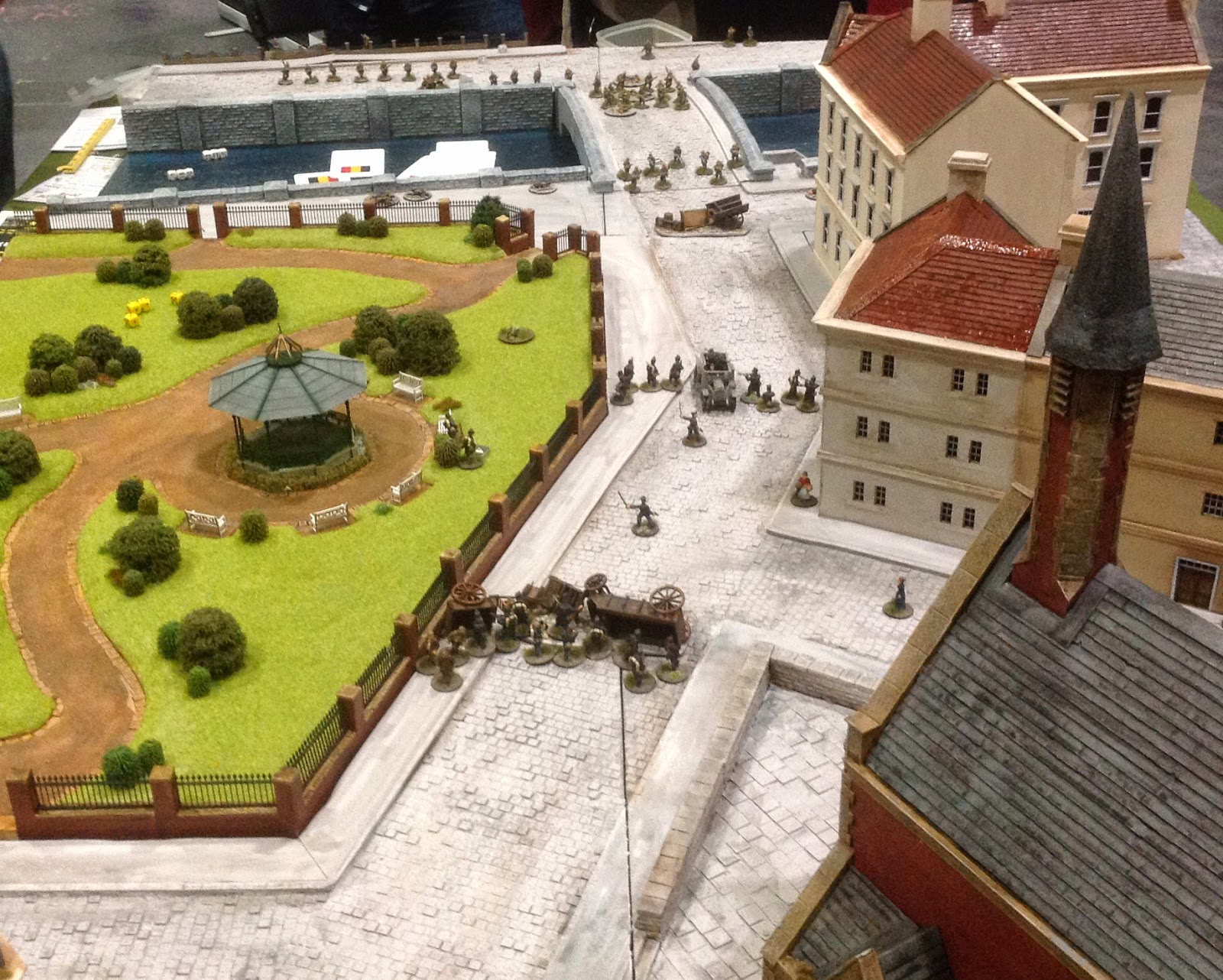 And again this time in Belgium. 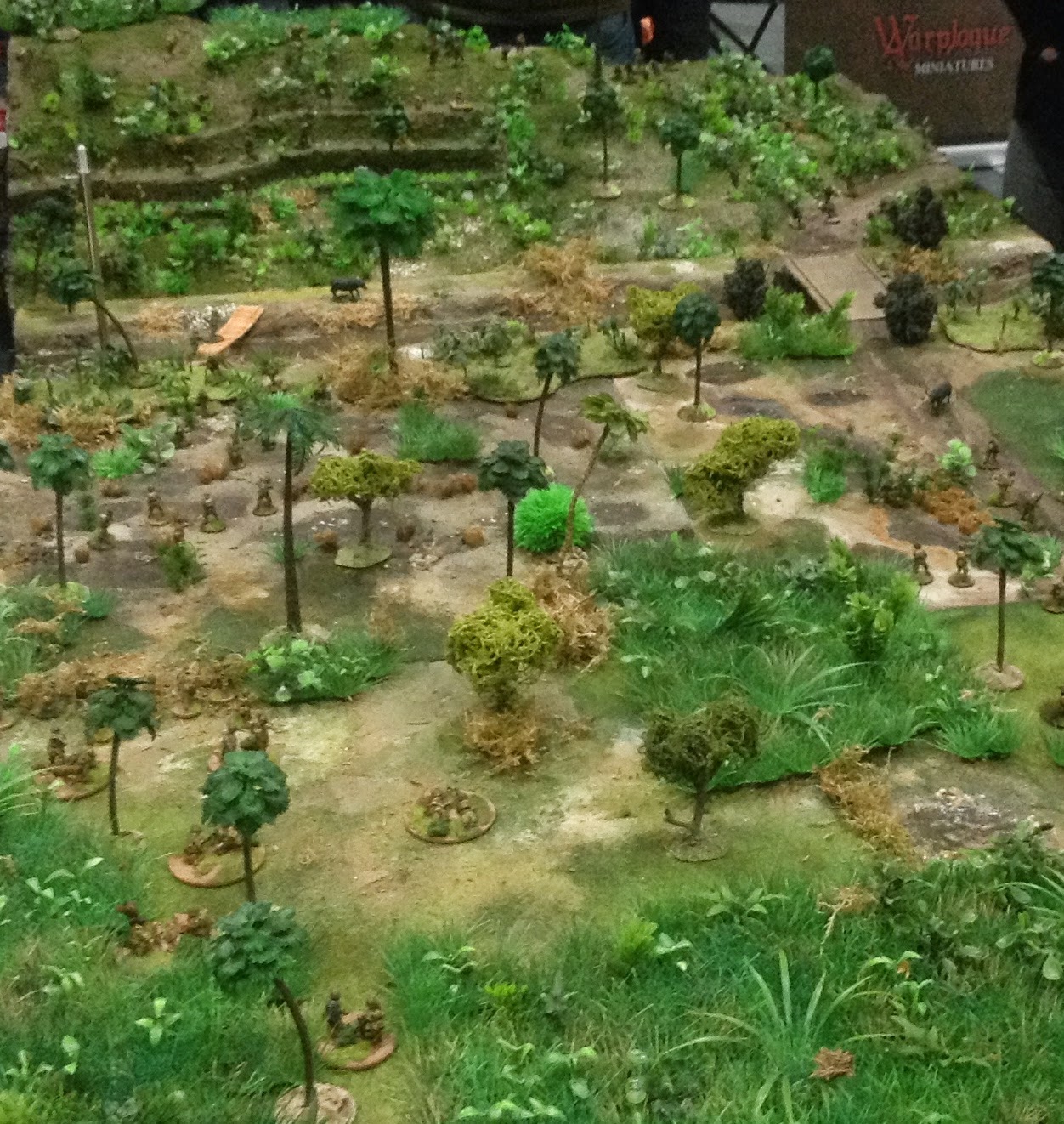 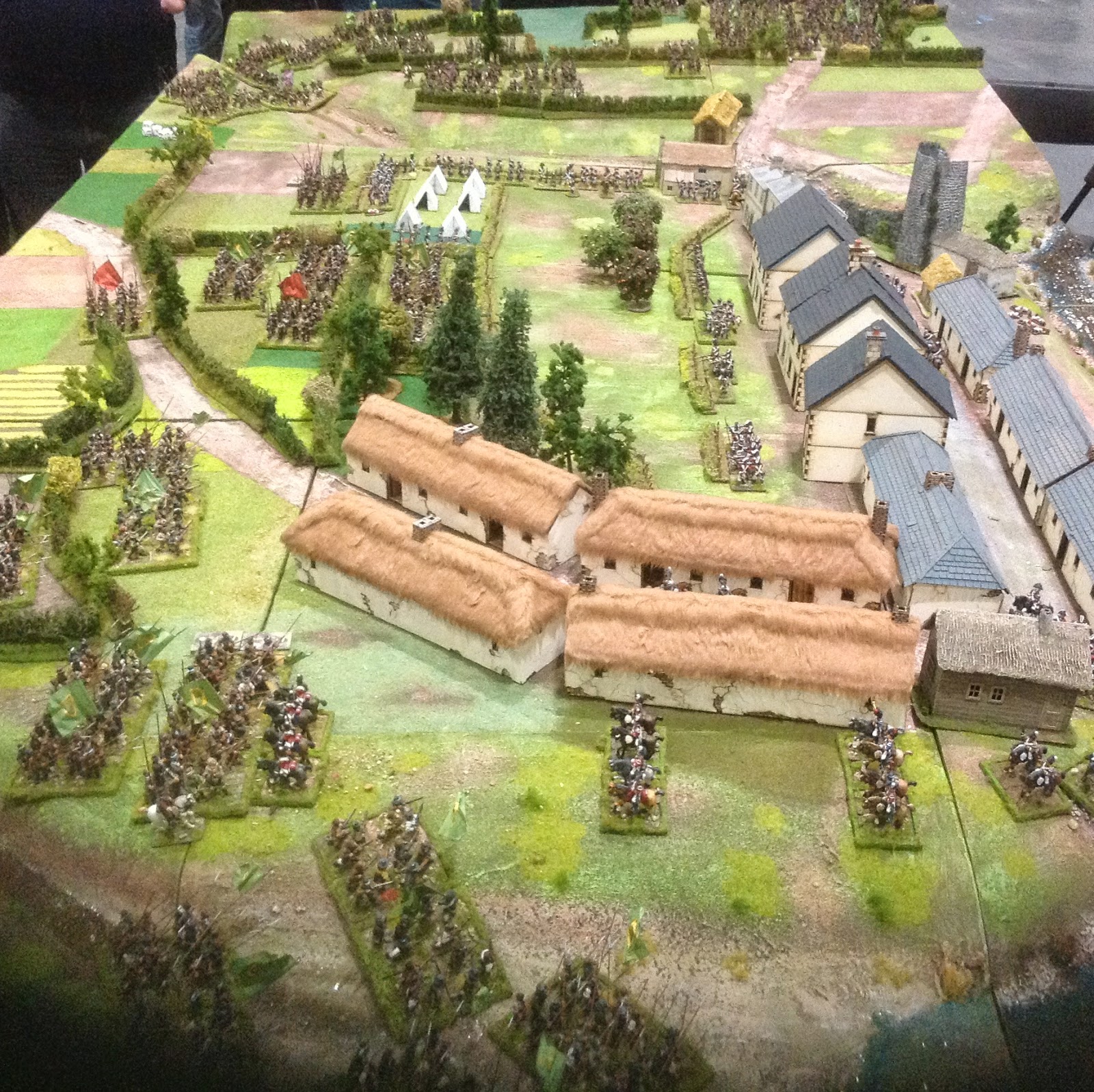 Posted with Blogsy
Posted by Balkandave at 14:26 No comments: 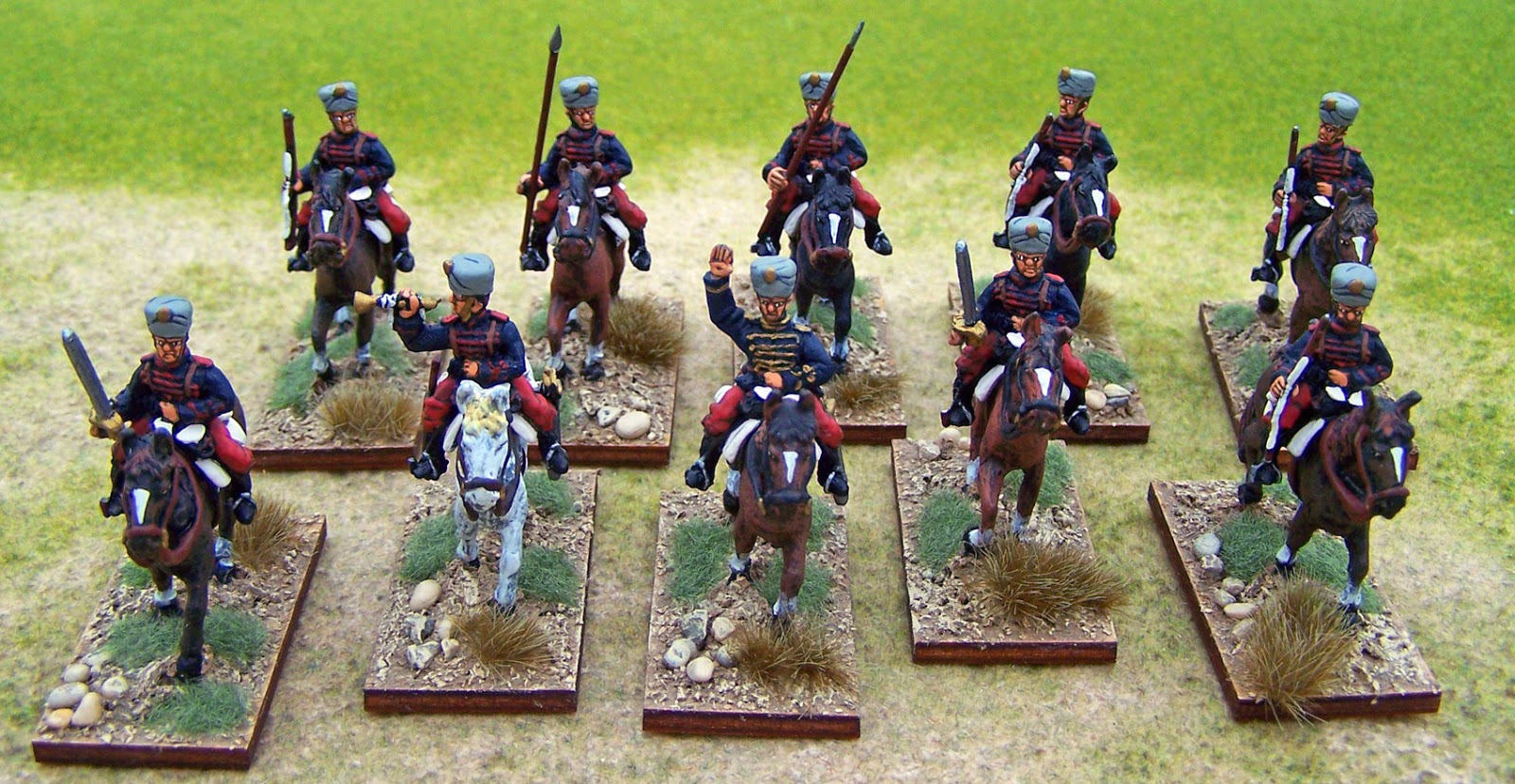 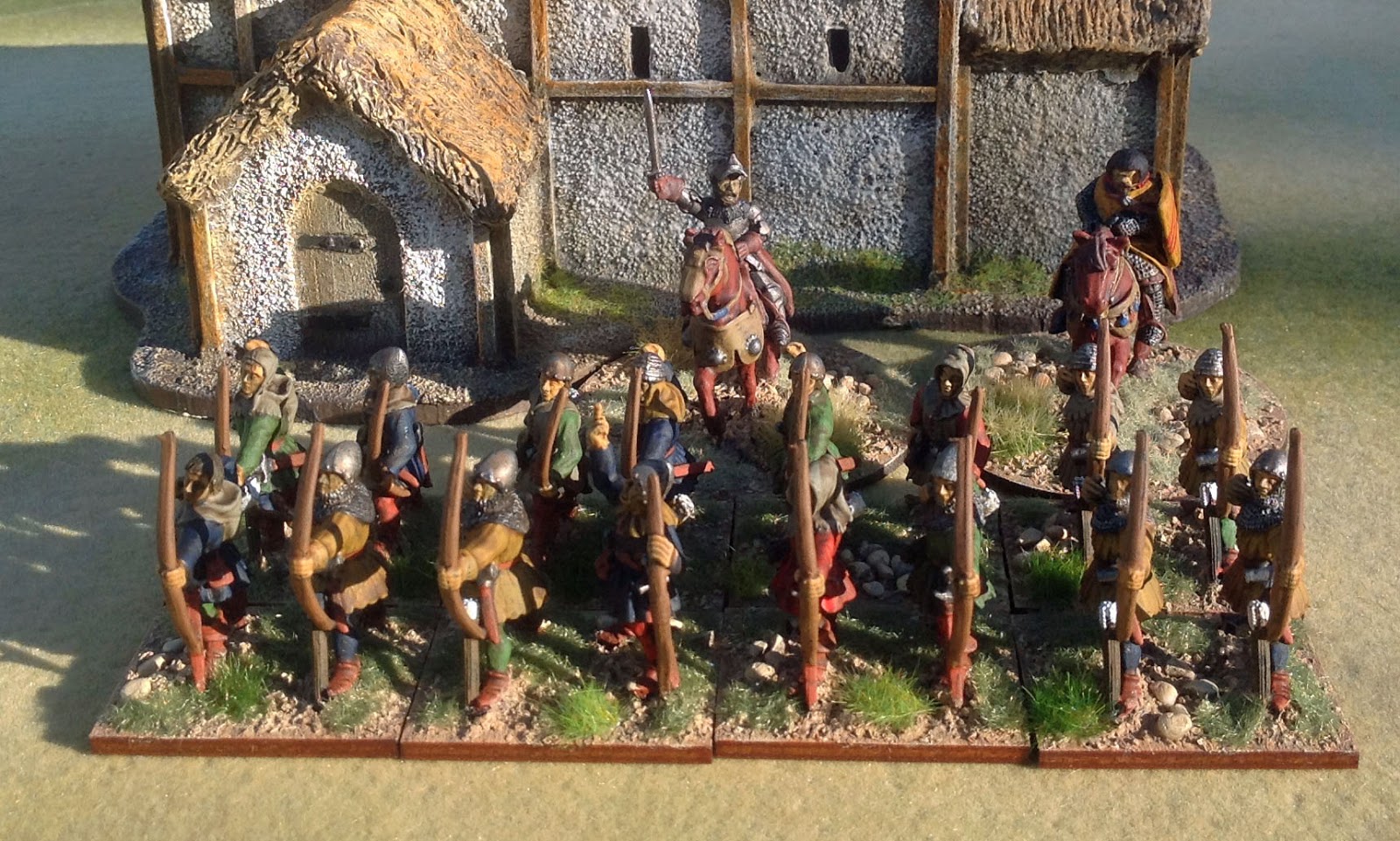 Posted by Balkandave at 21:34 No comments: