A new Bernard Cornwell book is always a must read, and The Flame Bearer, the latest in the Last Kingdom series is no exception. 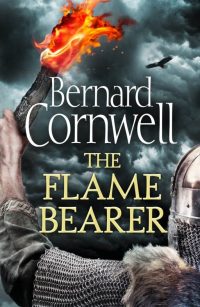 Our 'hero' Uhtred is now based in Northumbria, where his son-in-law Sigtryggyr rules. Northumbria is under pressure from the Saxon kingdoms of Wessex and Mercia, who aim to create England, and the Scots from the North.

Uhtred is besieging his family home of Bebbanburg, held by his cousin. He has to abandon the siege to support Sigtryggyr and successfully foils an attempt by a Wessex nobleman to break the truce. This buys a year or two for Northumbria, but more importantly, time for Uhtred to capture Bebbanburg.

Being Cornwell, this is no simple siege. We have the Scots, Norse raiders, a mad Bishop and the West Saxons all playing a role. They all come together in an epic final battle at the Bebbanburg fortress.

No expletives are too extravagant to describe any Cornwell book. He is the master of historical writing and this title is up to his very high standards.

Posted by Balkandave at 18:01 No comments: 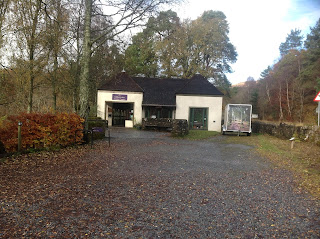 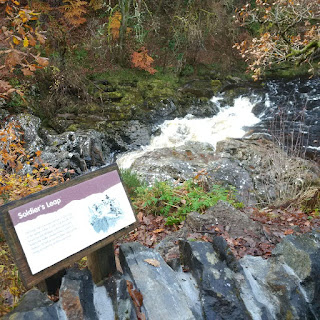 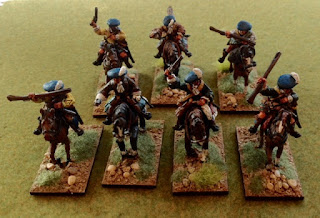 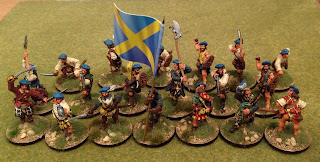 Another dabble into my pile of lead box brought out some 28mm Italians. I could do with another squad of infantry for my Bolt Action army to fight the Greeks, so off they went to the painting desk.

I am not sure when I picked these up, but I think David Burns of Burns Miniatures gave them to me. They came in a plain blister pack, but look as if they are from the Black Tree Designs range. Now these can be a bit hit or miss, but these Italians are very nice with great definition. Ideal for a simple paint job and a wash.

Posted by Balkandave at 18:12 No comments:

Probably my first fantasy read was one of the Conan books, created by the American author Robert E. Howard in 1932. I bought most of them including the later editions developed by L. Sprague de Camp and Lin Carter. They have long been donated to Oxfam, but I recently bought an anthology of them for next to nothing in Kindle format. Of course, we also have Arnie Schwarzenegger doing his best with the concept - although I admit I actually enjoyed Conan the Barbarian, if not the sequels.
I recall the Meeples podcast referring to a Kickstarter game based on the books, but didn't follow through as I rarely play board games. A pal at the club did and pointed out that this was a hybrid figure and board game. He went for most of the stretch goals that brings an impressive collection of miniatures. We played the game last Sunday, and impressed, I bought the core box on eBay.
With the core box you get two double sided playing boards, with a village, ship, tavern and castle settings. This is the ship board I used in today's game. 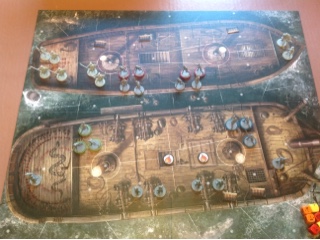 The box includes the rules, tile cards with the essential stats and counters. Plus the real selling point, 74 hard plastic figures, fully assembled. They include four heroes, including Conan, various other character figures, monsters and basic troops such as pirates, guards and Picts. The figures are large 28mm, actually 32mm from base to eye. Here a few Photies and as you can see, they are well sculpted with excellent definition for painting. 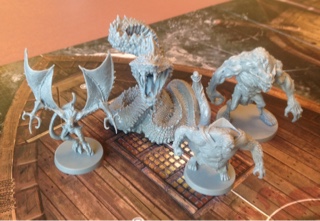 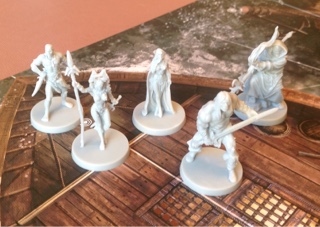 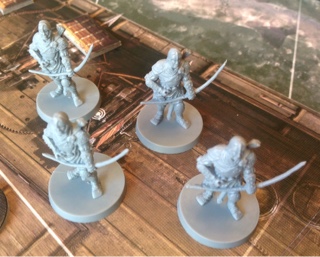 The game mechanics are not complex and a game last around 90 minutes once you have a grasp of the rules. I can see me using the figures for other game systems, Open Combat in particular.
Posted by Balkandave at 18:00 No comments: