Warriors of the Storm

Yes, it's that time - a new Bernard Cornwell book. You just have to forget about doing anything else. Just put the kettle on, cup of tea, a comfy chair and read it from cover to cover.

This is the latest in the renamed 'The Last Kingdom' series to match the title of the new TV series. Our hero Uthred tackles a norse Jarl Ragnall Ivarson who attempts to conquer parts of England. Driven out of his previous territory in Ireland, this Jarl sails into the Mersey, which is held by Uhtred, and links up with Viking Northumbria. After beating off Ragnall, we have a diversion to Ireland where he rescues his Daughter, married to Ragnall's estranged brother Sigtryggr, and together their joint army lands in Cumbria. From there they capture York and make Sigtryggr King of Northumbria. The book ends as usual with a climatic battle at which Ragnall meets a well deserved end.

This book has just about everything. A solid plot, very loosely based on what little we know of the actual history, great characters, humour and of course action. Cornwall does battle scenes like no other author.

Nothing more to be said. Just read it!

'The Defence and Fall of Greece 1940-41' by John Carr, primarily covers the Italian invasion of Greece that started in October 1940.

It plugs an important gap, in the English language at least, in the history of the Balkans in World War 2. Mario Cervi's excellent 'Hollow Legions' looks at the campaign from the Italian side, albeit critically. I used his work, together with the memoirs of British participants, in my own article on the campaign after I visited some of the battlefields and the museum at Kalpaki. This really is one battlefield you need to visit to understand what happened. 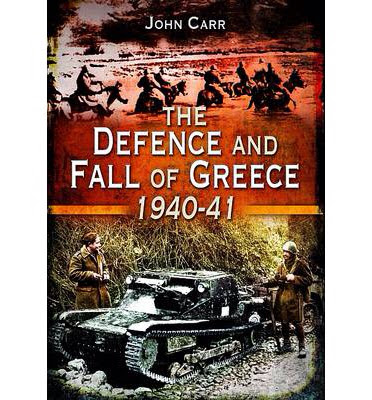 Mussolini's bungled campaign was far from the quick campaign he planned. Badly led Italian divisions ground to a halt against determined Greek resistance, in terrain that levelled the technical inferiority of the Greek forces. A Greek counterattack forced the Italians back into the Albanian mountains and a winter campaign that took a terrible toll on both armies. By the Spring, Hitler was forced to bale out his allies with a blitzkrieg in the Balkans that rolled up the exhausted Greek armed forces and their recently arrived British and Commonwealth allies.

The author has drawn heavily on Greek sources for this book, both from the diaries of front line soldiers as well as the war diaries of Prince Peter, who served on the General Staff and as liaison with the British. It covers the war on the ground as well as in the air and at sea. It is very well written, a real page turner. It could have done with more maps and illustrations, but that is a small criticism for what is an excellent history.

Reading the book inspired me to dust down my 15mm Flames of War armies for the campaign. On this occasion the Italians broke through.

Here is the battlefield with the Italians storming across a stream from the left. 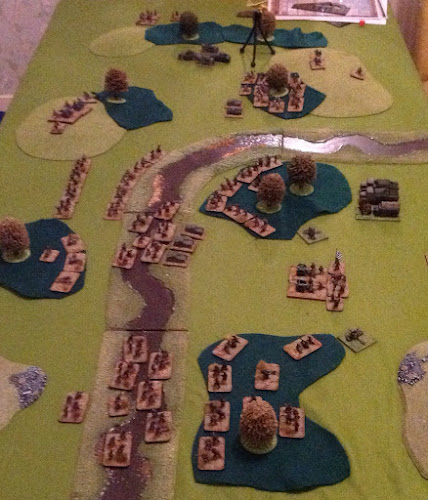 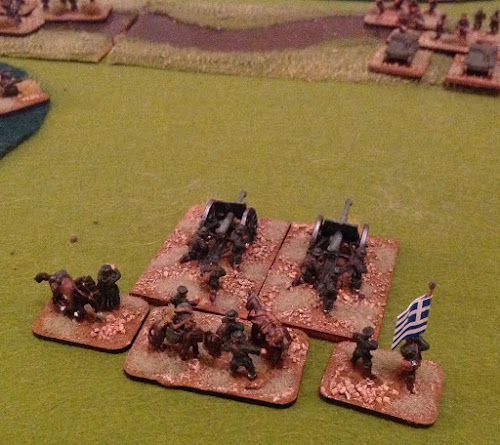 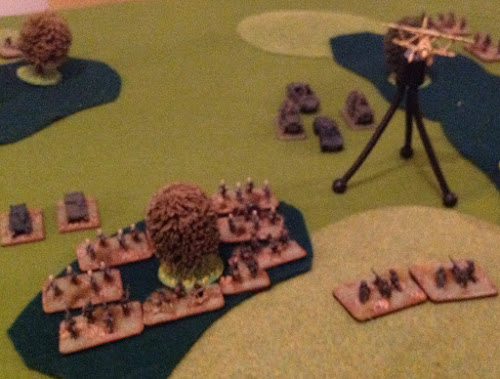 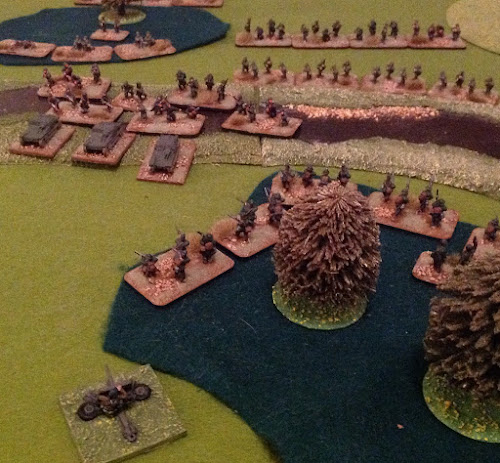 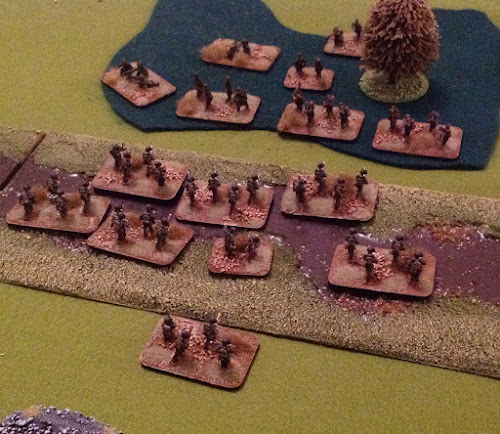 Finally a link to my 25mm figures for the campaign. You can tell I'm really into this period!

Posted by Balkandave at 20:48 No comments: