Pancho Villa and the Gold Train

Less than a week to go before Claymore and it's time to test the game. Well a cut down version.
The scenario puts the participants in command of a force of Villistas on the outskirts of a small town in Northern Mexico. The locals say a train carrying a valuable cargo, thought to be gold bullion, has derailed in the town. A small force of Federales have arrived to defend it before a repair team and reinforcements arrive.
So, time is of the essence, the Villistas can't hang around bombarding the town they need to find the bast way into the town with the least risk. Or perhaps the traditional Pancho Villa frontal charge is the best tactic! The Federales sandbag the town perimeter. 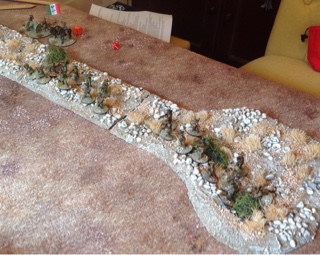 Advancing Villistas making best use of cover, while another squad works it way around the flank 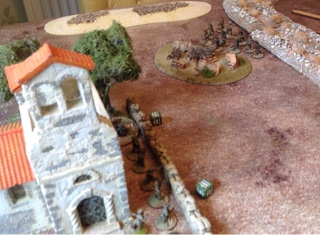 The Villistas launch an air attack - and miss! Throwing 75mm shells out of the cockpit is a tricky exercise!
The rules are a cut down version of Bolt Action and work well for the period. Simple to grasp, with just enough command uncertainty to keep the game interesting.
On the painting front another unit of Villista cavalry is being based. That just leaves a few odds and sods for the 'traditional' eve of show painting. The nice new battle mat is from the Tiny Wargames range - rubber backed 'Arid'.
Posted by Balkandave at 15:46 3 comments:

Aircraft in the Mexican Revolution

The use of aircraft was one of a number of military innovations in the Mexican revolution.

Soon after the revolution broke out, US based exhibition pilots were persuaded to use their aircraft in reconnaissance roles, including, the soon to become famous Frenchman, Roland Garros. The first serious application of airpower was by the Huerta regime, who sent 31 officers to France in 1913 and ordered 20 new Bleriot monoplanes.

Pancho Villa's army used a variety of obsolete types including three Wright Model Bs and two other Wright types. Needless to say models of these are a bit of a challenge and even if they exist, I certainly didn't fancy building them - all those struts! So the compromise is a 1/72 scale die cast model of the Wright Flyer, from the Postage Stamp range. 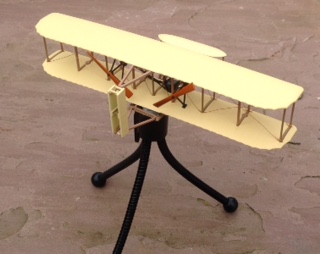 A Villista innovation was a mobile aerodrome train. It could carry planes on flat cars, together with workshop vans and coaches for ground crew and pilots. They also used planes as bombers, throwing 75mm shells with fins to the ground. I doubt this was particularly effective, but too good not to use in our game!

Finally, some more conventional weaponry for the Federales, in the form of a 75mm gun. I don't think they will need AA guns! 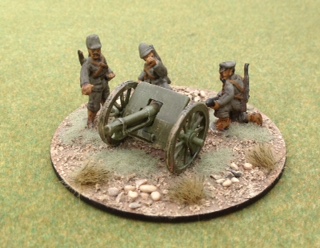 The start of my summer break is an opportunity to finish the Pancho Villa project. More a gallop to the finish line for Claymore, rather than the leisurely stroll I had planned. 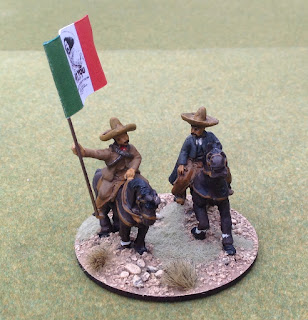 The latest additions are the commanders. I have used the Old Glory personality pack, but I have painted them as generic command figures.

First up is of course Pancho Villa. “Pancho Villa,” people whispered at the beginning of the 20th century, "can march 100 miles without stopping, live 100 days without food, go 100 nights without sleep, and kill 100 men without remorse."

Was he a revolutionary or just a bandit? Probably a bit of both, but I will give him the benefit of the doubt and plump for mostly revolutionary. In his best revolutionary rhetoric he said:

“My sole ambition is to rid Mexico of the class that has oppressed her and given the people a chance to know what real liberty means. And if I could bring that about today by giving up my life, I would do it gladly.”

He was born around 1878, as Doroteo Arango Arámbula, into abject poverty in Rancho de la Coyotada, an insignificant village of no more than six houses, inside the hacienda of Santa Isabel de Berros, in the state of Durango. Mexico at the time was a hugely unequal country with large landowners supported by an almost feudal peasant class. Foreign companies dominated the economy. While the stories vary, he probably killed his sister's potential rapist and fled to the mountains where he became a successful bandit leader - adopting the name Pancho Villa.

He was persuaded by a supporter of Madero to join the revolution. Madero became president but was later killed in a coup that brought Huerta to power. During this period Villa organised his Division of the North, which by 1914 had grown to 50,000 men. By December 1914, allied with Zapata, they entered Mexico City and installed their own president.

The subsequent Carranza government repeatedly defeated him on open battles and Villa was forced to return to his northern mountains. He lost the support of the USA, which led to the famous raid on Columbus, New Mexico in 1916 - the last successful invasion of the USA. The subsequent punitive expedition failed to capture Villa.

In 1920 Carranza was killed bringing another Huerta (Adolf) to power. He agreed that Villa could retire to a farm with his remaining men. The Mexican Revolution was over. However, in 1923 he was assassinated in his local town of Parral, probably on the orders of the new President Obregon, because he thought Villa was planning a political return.

Like all popular heroes, Pancho Villa continues to live in hundreds of corridos, songs, books, movies, legends and even ghost stories about him. The truth is more prosaic, but everyone likes a good story!

Of course, every good story needs a bad guy. So here is my wicked Federales commander. 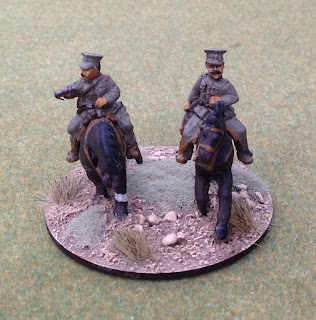 For further reading a good short history is, Pancho Villa: The Life and Legacy of the Famous Mexican Revolutionary by Gustavo Vázquez Lozano. The American journalist John Reed wrote a book about his time in Mexico, Insurgent Mexico, that included his time with Villa. It's a bit of a ramble, but does give a real flavour of the period. Both are available very cheaply as e-books.

My latest reading has been Clive Aslet's novel 'The Birdcage'. Perhaps not my usual genre, but I was drawn to it because it takes place in Salonika during World War One. The Birdcage was the name given to the armed camp surrounding the city that served as a base for allied troops.
The novel is a bit of a curates egg. There are a number of plots and characters, few of which seem to join up into a theme. However, it does give an authentic flavour of what the polyglot city was like during this period. We have a spy theme, the women's hospital, a balloon unit and all the daily routines. Possibly the best chapters deal with the Serbian battles in the mountains, north of Salonika.
For those familiar with this period of the Macedonian Campaign, the history doesn't seem quite right. It deals with the Serbian offensive, but not the British and French advance out of the Birdcage. I suppose this is the novelists licence, but needless to say, I found it irritating. Especially when the author has obviously done a lot of research in memoirs, letters etc.
I wouldn't recommend it, but if your interested in this period, it is worth a quick read. 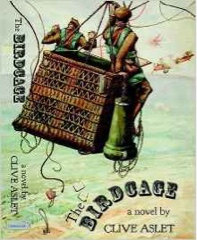 Posted by Balkandave at 19:40 No comments:

I have always had a soft spot for trains, so an opportunity to mix them in with wargaming is too good to miss. Our GDWS participation game at Claymore this year revolves around a derailed gold train that the Villistas have to capture.
Railroads played an important role in the Mexican Revolution. They were vital to logistics and much of the fighting took place close to the lines. Trains with sandbagged flat cars would move ahead of the freight trains and cavalry would provide flank guards.
Federal armies were particularly tied to railroads and they could be outmanoeuvred by more mobile opponents. However, in 1914, Pancho Villa moved his whole 16,000 strong Division del Norte south by rail. He also had a well provisioned hospital train that could deal with 1400 casualties.
I am on a bit of a roll with the painting with 90mins a night allocated to the task. So, the latest addition is another squad of Federales. These are from the Old Glory range. 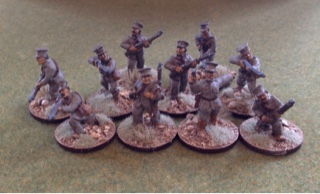 Then a squad of Villistas, again from Old Glory, this time in the US brown khaki that many wore. 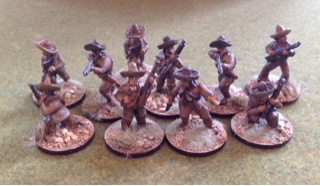 And finally the box car that holds the gold. After much searching I found a reasonably priced O Gauge US van that looks close enough to the pictures I have. A bit of dry brushing and there it is. I am sure there will be a train spotter at the show who will tell me there is a rivet out of place! 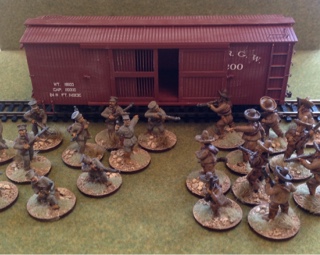