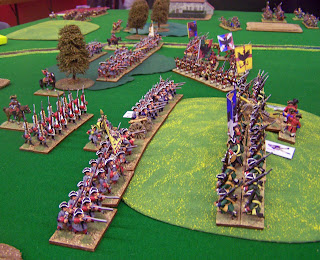 The figures above are mostly Front Rank for the Austrians and Reiver Miniatures for the Russians.
﻿
Posted by Balkandave at 10:12