I went to the SELWG show at Crystal Palace today. I am in London for half term and the wargames is a trade for taking Jess to the Harry Potter studios tomorrow!
It must be 15+ years since I last went to this show and the format hasn't changed much. The venue has its limitations with a main sports hall and a gallery. Not the most accessible venue in London it has to be said, but not too bad.
A good spread of traders, including a few like Peter Pig who rarely travel north. The limitations of returning by plane restrained me to a few books, a nice Russian dice bag for Bolt Action and some good value jungle terrain for the Far East project.
There were some nice games and these are a few that caught my eye.
War of 1812 in 28mm 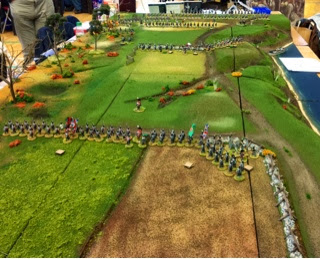 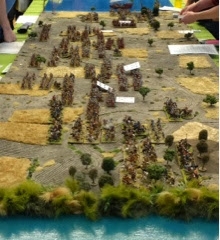 Very impressive town, even if a bit redundant to the actual 18th century game 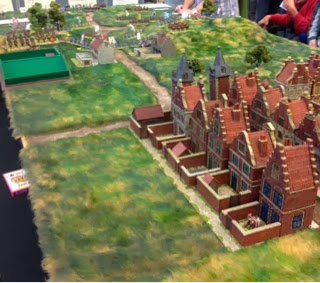 The terrain for this WW2 game in 15mm was probably my favourite. 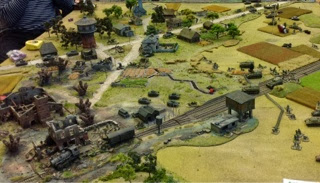 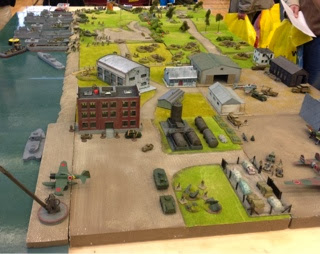 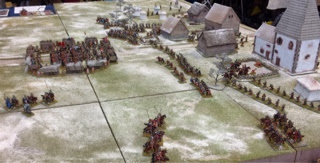