In this 700th anniversary year we can expect a string of publications on this battle. I have just finished reading David Cornell's new book 'Bannockburn - The Triumph of Robert the Bruce'.

This is the author's first book, although he spent several years studying the Anglo-Scottish wars while completing his Ph.D. at Durham University. 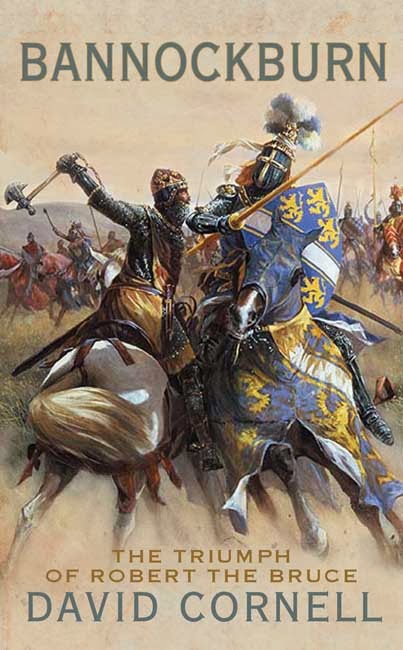 The first third of the book describes the Scottish wars and the the internal power struggles in Scotland in the period before 1314. This is important, not only for context, but as an explanation as to why Robert the Bruce decided to take the highly risky strategy of a pitched battle with the English army and their Scottish allies. The internal politics of England are also covered. This also partly explains Edward's urgency to cross the Bannockburn at the end of the first day of the battle. A move that forced him to fight on ground that was far from suitable for knights.

Given the sparsity of sources for the battle itself, there is little that's new in this book. The author largely goes with the modern view of the battle site, with the second day being fought either on the Carse or the Dryfield, someway to the East of the traditional site. He does make a credible case for Moray's advance guard being further forward in the Torwood itself, but accepts it is purely conjecture.

Finally, the book covers the aftermath of the battle and the long struggle before a lasting peace treaty was signed.

While there is little new in this book, it is very well written. Some may not like the style that has elements of historical fiction writing, but I think it adds to the readability. Highly recommended.
Posted by Balkandave at 16:54