Sunday was an opportunity to play once again with Scott's superb 10mm collection of forces for the Battle of Flodden 1513 - or as it should have been named, Branxton. The battle was actually fought below the village of Branxton. Flodden Hill is some way off to the north.

Anyway, the battle was fought in Northumberland on 9 September 1513 between a Scottish army led by King James IV and an English army led by the Earl of Surrey. It was the largest battle ever fought between the two kingdoms and resulted in a major defeat for the Scots and the death of King James.

We first refought this battle, with the same figures, almost a year ago at the Scottish Battlefield Trust Open Day. On Sunday we had another go at Scott's place using his nice new Cigar Box battle cloth.

As usual, too much chat and not enough gaming, meant we didn't finish the game (its an age thing). However, as per the real battle, the Scots defeated the Cheshire levies and on the other flank, Surrey saw off the highlanders. Bizarrely, King James didn't move the whole battle, content to watch his guns blast away, too little effect.

Some photos to enjoy. 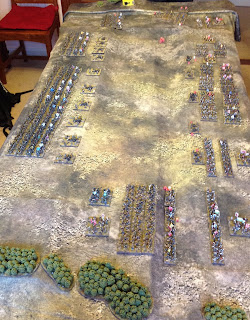 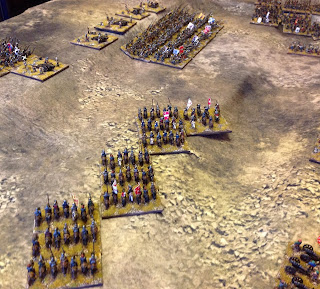 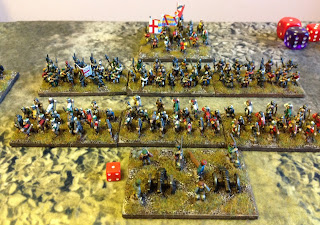 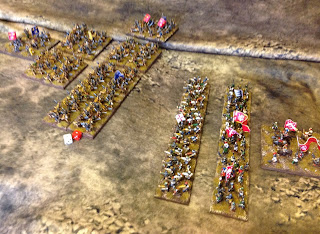 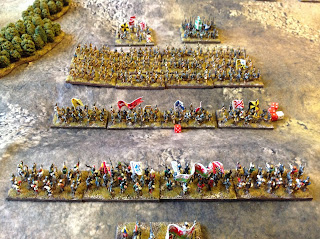 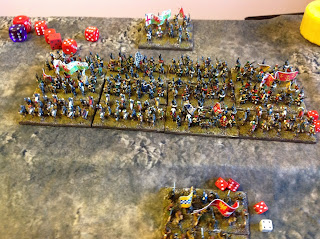