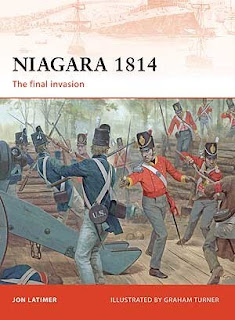 For the wargamer, the campaign doesn't require a huge number of figures. Most Napoleonic players will have suitable British troops and the Americans are widely available in all scales.
Posted by Balkandave at 18:02