A somewhat belated post on my visit to the Salute show.

As most will know this is the largest wargame show in the UK, held at the Excel Centre in London. Bit of a hike from Scotland, but I linked it up with a rare visit to Craven Cottage to see Fulham beat Wigan. Good day all round!

Most people go to Salute because just about every trader is there and this year was no exception. It took most of my available time just getting round the stalls. Having to fly back later in the day restricted the size of my purchases, but I picked up lots of bits and pieces for current projects. Bumped into another GDWS pal with many carrier bags and an airline challenge to follow.

On my last visit to Salute I was a bit disappointed with the display games. Not this time. There were several I could have watched all day. Particular pleased to see the Warlords South American Wars of Liberation  after having followed its progress on the Liberators Forum.

Snapped a few games that caught my eye: 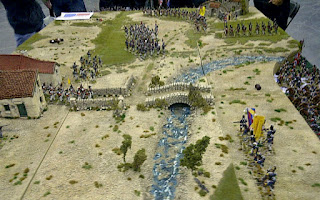 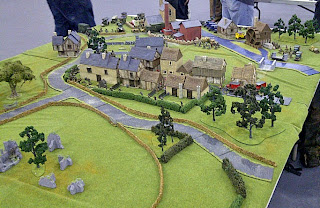 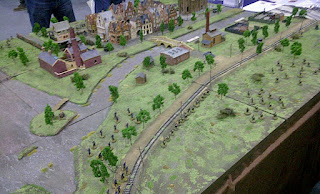