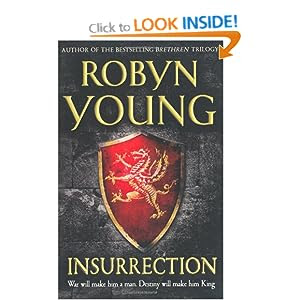 This is the first of Robyn Young's take on the Robert the Bruce story.