I made the long trip to York today for the first big wargames show of the year. And it was well worth the effort.

The show is held at the York racecourse - indoors of course in the main stand. Sounds a strange venue, but it works well with stands on four levels. I am old enough to remember when the show was held in a medieval hall in the town centre, my head bumping off the beams! The only downside of the new venue is parking in muddy fields, bring your wellies!

Most of the usual traders were there and a few I hadn't seen before. A few figure manufacturers were missing that I could have done with, but I picked up a few packs to pad out my projects for the year. Then spray paints, including the elusive Testors varnish, and some rather nice casualty markers for Hail Caesar and Bolt Action.

The standard of display game was very high indeed, definitely the high point. Here are a few that caught my eye.

Pick of the bunch was this John Paul Jones raid on Leith (the port for Edinburgh). Apparently this was planned, but called off due to the weather. Had he arrived the locals would probably have greeted him with 'you'll have had your tea then'! 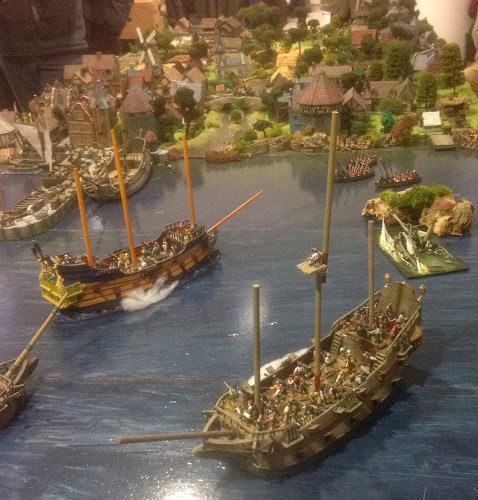 Then this assault across the Suez Canal in WW1 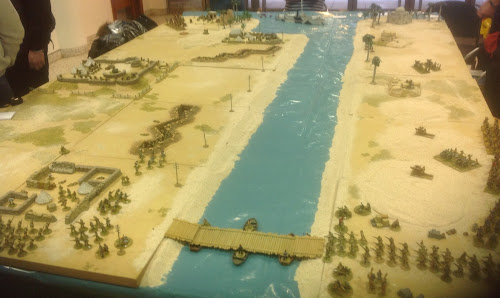 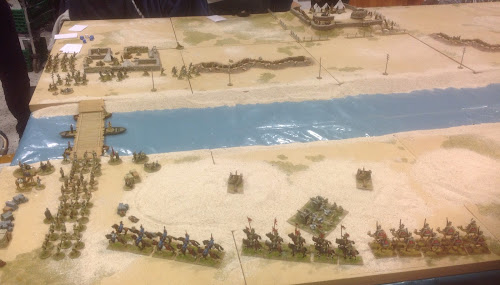 This participation game based on the 3rd Aghan War, captured the terrain well. 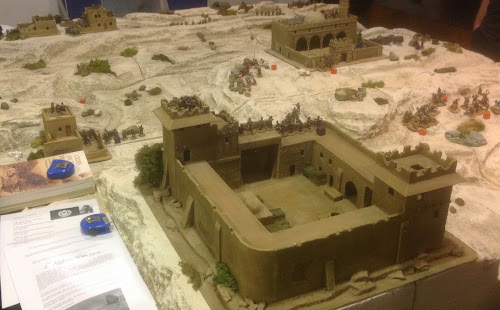 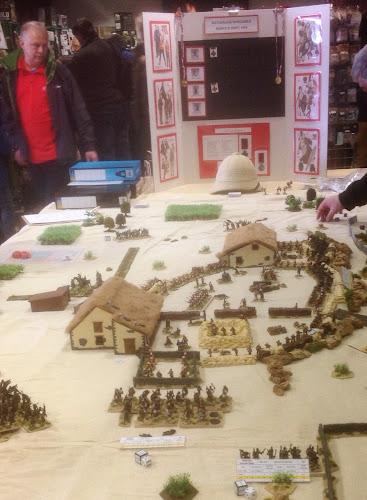 Zombies. Not my thing but it looked good. 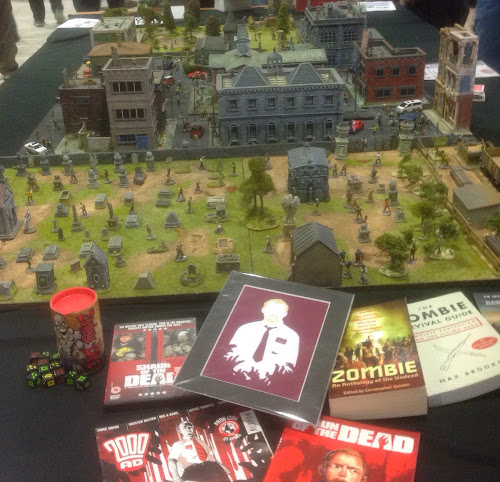 And finally, this very good Age of Arthur game. 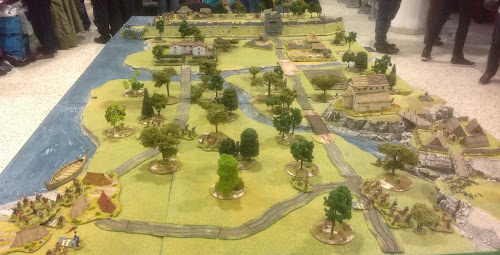