My Peninsular War project takes a step forward with reinforcements for the French in the form of the Vistula Legion.

The Vistula Legion was formed from Poles in Italian service and was transferred to French service in 1808. It was organised on French lines and its depot was at Sedan. All men of the Legion were Polish except for the company clerks, the fourriers, battalion adjutant non-commissioned officers, and paymasters who were to be French.

The 2nd and 3rd infantry regiments of the Vistula Legion participated in Napoleon's invasion of Spain in 1808 and were joined by a regiment of Lancers. The Legion grew to a force of 16,000 men. They took part in a number of actions, including the siege of Saragossa and the Battle of Talavera in 1809. They mostly fought in the eastern provinces under Suchet and their final action was at Sagunto in October 1811.

Probably their most famous action was at the Battle of Albuera in May 181, when the Vistula lancers destroyed Colborne's British infantry brigade. By February 1812 all Polish units were on the Ebro, before joining the army for the invasion of Russia. Polish casualties in Spain were around 40,000 in a bitter campaign with atrocities in both sides.

The infantry figures below come from the Warlord range. The lancers, and command figures are Front Rank, artillery are Perry Miniatures. 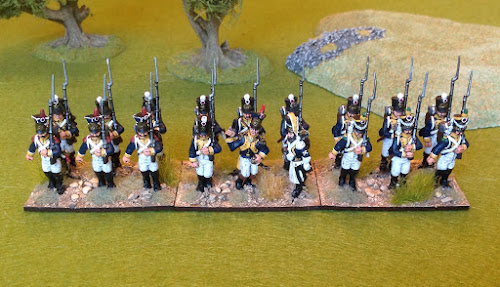 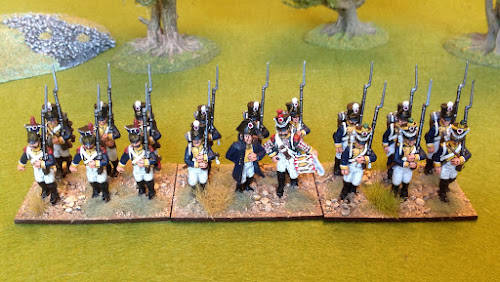 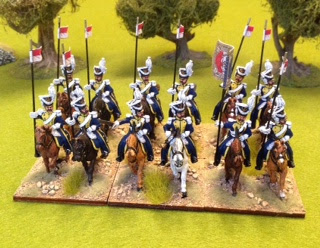 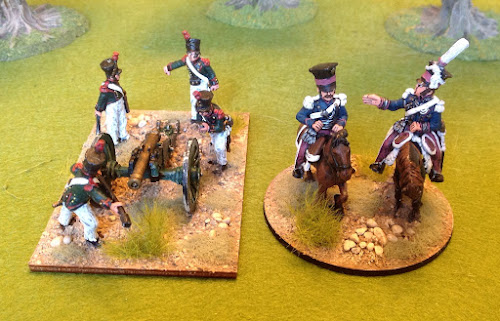