This is the first volume in an Osprey MAA two part series on the wars of unification by Gabriele Esposito. 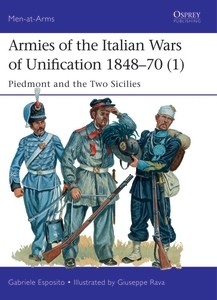 The emphasis here is on the armies. Firstly the army of Piedmont in the 1848 and 1859 wars. Then the unified Italian army after 1861. And finally the Kingdom of the Two Sicilies between 1848 and 1861. Each chapter deals with the organisation and weapons of the armies. As you would expect from Osprey, there are plenty of illustrations and very nice colour plates by Giuseppe Rava. Lots of character in the poses, some of the best I have seen in an Osprey book, and I own hundreds!

There is a very short chronology, but if you are not familiar with the wars these armies fought in, I would recommend Christopher Hibbert's 'Garibaldi and his Enemies'. A very readable one volume history.

I collected 15mm 'Principles of War' armies for these wars many years ago and this book was an opportunity to dust them down. I used my current favourite 19C rules 'The Men Who Would Be Kings' and they worked well. I used a 1859 Piedmont 24pt force on the right against an Austrian force on the left.

From memory the figures mainly come from Frei Korps range, some in their early period with the soft metal - hence the absent bayonets and sometimes worse! 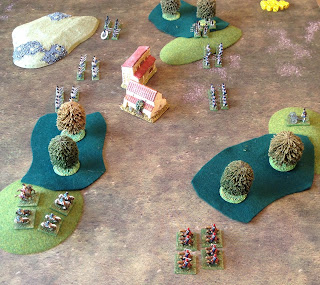 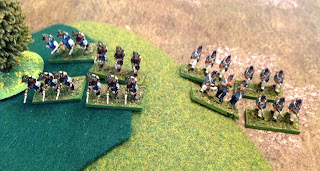 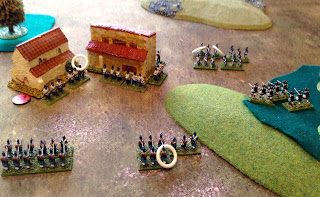 I have visited the Austrian quadrilateral fortresses in northern Italy and the battlefield at Solferino is well worth a visit. In addition to the set piece battles, actions involving Garibaldi and his Red Shirts in Sicily and the Alps are very suitable for the TMWWBK rules. The Austrian army of the period is covered in Osprey MAA 323 and MAA 329.