Rommel - in the desert

As was obvious from my review, I am pretty enthusiastic about Sam Mustafa's latest rules for WW2.

So much so that I have invested in a new mousemat, from those very helpful guys at Deep Cut Studio. Taking their Steppes finish, which covers a lot of arid terrain, I asked them to overprint 10cm squares. Well to be honest, by mistake I asked for 10mm squares, but fortunately spotted my error when they sent a sample photo for approval. Close call that one! 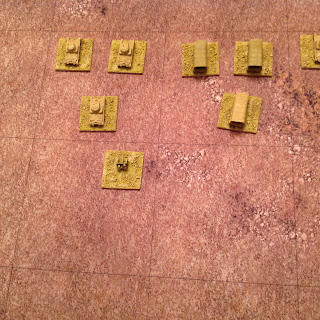 The lighting in this photo makes the mat look a bit pinkish, which it isn't. This picture from the Deep Cut site is a better representation of the colour. 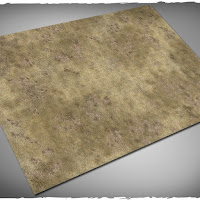 You can see the discreet lines below, which are even less obvious from a distance. 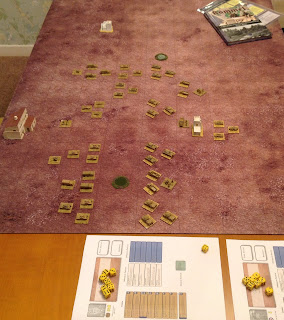 The game was early war Italian v British, about divisional scale in these rules. The Brits made the first move, making a big sweep to the Italian right flank. Not quite enough ops dice to catch the Italians out, and they responded in kind. That left a slugging match, in which the British Crusaders and Cruisers came out on top. 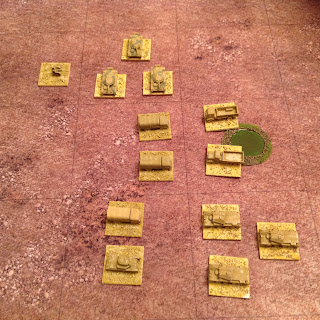 The models are 10mm, based on 30mm squares, originally for Spearhead.

The mat can of course also be used for 'To The Strongest' games in 15mm.