The latest in the excellent Helion 'Century of the Soldier' series covers the Cretan War, fought between Venice and the Ottoman Empire for some 26 years in the 17th century. 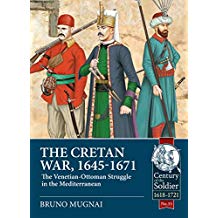 The focus of the conflict was the Ottoman invasion of Crete, which at this time was a Venetian possession. The Ottomans wanted to protect their trade and military sea routes to the Levant, and as with Cyprus and Rhodes, they believed Crete was being used to endanger them. They landed in force in 1645 and quickly captured most of the island and a number of forts. However, the Venetians held the capital, Candia (modern Heraklion), which confusingly was also their name for the island. They continued to resist the Ottoman siege until 1669 when they surrendered.

I was familiar with the outline of this epic siege, but I didn't realise the scope of the conflict. The Venetians had the better of the sea war, winning several major engagements at the mouth of the Dardanelles. The aim was to cut off supplies to the besieging army on Crete. This was partially successful, but eventually, the Ottomans strengthened the coastal defences in the Dardanelles and found other routes, mainly the Peloponnese, to supply their army from.

There was also a smaller conflict along the Dalmatian coast on sea and land. Ottoman troops attacked Venetian towns on the coast from their bases in Bosnia and Albania, and the Venetians reciprocated. Amphibious operations took place all along the coasts of Greece, Turkey and the islands. Galleys were especially useful for this type of raiding, operating like a modern landing craft.

Ottoman armies have the usual mix of Jannisaries, Siphais and foot units from across the empire. The Venetians recruited troops from all over Europe. The bulk were recruited from Italy, but they hired whole German infantry regiments and there was a significant French expeditionary force. Technical expertise, particularly in siege operations, was imported from Europe. There was also chemical and bacteriological warfare and significant use of poisoning.

The author, Bruno Mugnai, starts by describing the troops and equipment of both sides before explaining the political context and efforts to resolve the conflict by negotiation. He then describes the war at sea and on land. This was a war of small-scale actions and sieges, with few large-scale land battles.

For the wargamer this conflict has huge potential - ideal for the popular Pikemans Lament rules. The book is full of small battle scenarios and is extensively illustrated, including colour uniform plates. There is no need to be put off by the thought of collecting exotic units, although these certainly exist. In the early part of the war, Venetian units look pretty much like European armies of the Thirty Years War and ECW. During the conflict European units started to look more like the later units in the Nine Years War and similar. Ottoman armies didn't change much during the period.

I tried this out on the tabletop with a 20 point PL skirmish in 28mm. The scenario requires the Venetian commander to capture an Ottoman convoy, replete with the slave booty of a raid before it can reach the Janissary camp. 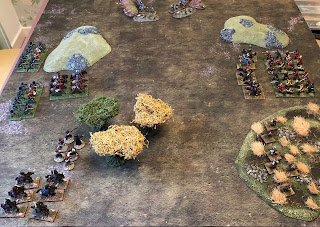 Both sides have skirmish troops to protect the flank. Stradiots and Morlachs for the Venetians and Bosnian skirmishers for the Ottomans. 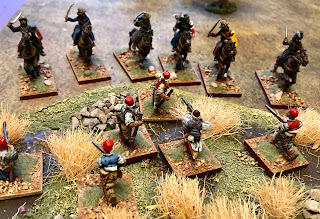 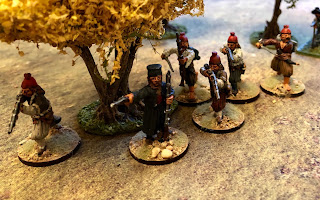 The main action is in the centre, led by the Venetian cuirassiers. The Venetians used heavy armour longer than other countries. They blasted away the Siphais, but the Tufekcis musketeers proved a tougher test. 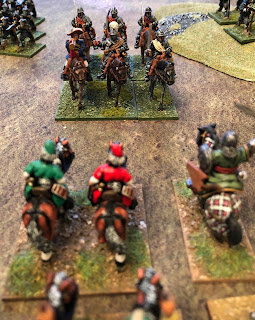 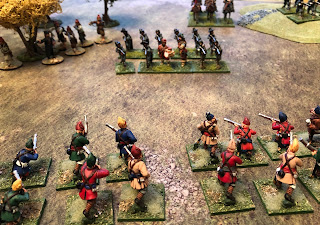 With the Venetian horse and foot pushed back, the convoy slid into the camp guarded by the Janissary unit. Victory to the Ottomans. 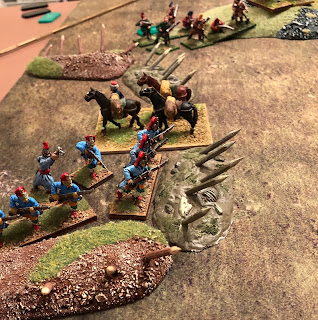 This is an excellent book, which has all you need to understand the conflict and it opens up a range of new gaming possibilities. I have already ordered some French noble musketeers to bolster the Venetian ranks! A trip to Crete may also be in the offing this year!