India-Pakistan Wars on the tabletop

I have been reading a fair amount about the various India v Pakistan conflicts recently. As a consequence, wargamers disease has struck. For those not familiar with these conflicts the main wars were:


In addition to these wars, there has been an ongoing low-intensity conflict and many skirmishes along the border. The most dramatic was the Siachen Glacier conflict of 1984. China has also increasingly become involved in the high-level conflicts.

So, where to start. Perhaps not at the beginning, at least for now. The 1965 War with its big tank battles looks very appealing. Reading the Osprey duel series, 'M48 Patton v Centurion' sealed it. 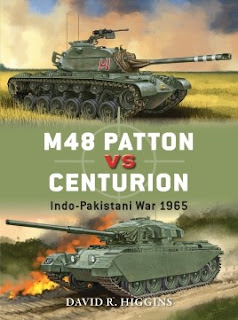 There is surprisingly little from Osprey on these conflicts, so this is very welcome. As always the colour plates are very helpful. I also dusted down my Orbis 'War in Peace' volumes, which had some useful articles and a few colour pictures.

The next decision was the scale. While many of the low-intensity conflicts are probably best done in 20mm, for big tank battles it has to be micro-armour. As I was starting from scratch, this seemed to be a good opportunity to use the GHQ 1/285 range I have long admired. Wallet warning, this is not a cheap option. As I happily clicked away, I was quite shocked how quickly, even a modest-sized force adds up. However, they are lovely little models with a fantastic level of detail. They also come with instructions when an assembly is required - other wargame manufacturers please take note! These are the instructions for the 25pdr.

The first batch of painting is now done. My method is to prime the base colour. Add any extra colours, typically brown and gunmetal. Then apply a brown wash and finally dry brush. I had assumed desert terrain, and there is some of this on the southern front, but the main battles took place in very green and lush fields.

My Indian base force is largely done, with mainly the infantry bases to do. 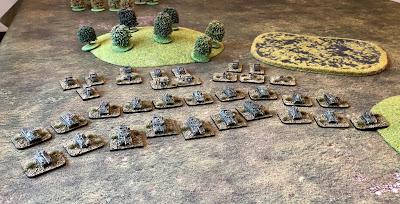 The cutting edge are the Centurion tanks. One of my favourites.

They are supported by Russian PT 76 light tanks and the French AMX 13. 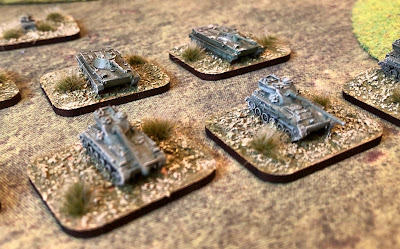 Finally, 25pdrs and a Bofors AA.

Then onto the Pakistan forces. More to do with these, but the starter force is done.

While the Indian forces had mostly British equipment, with increasing Russian influences, Pakistan was largely supplied by the USA. The cutting edge is the M48 Patton.

And finally some big M198 howitzers and the ubiqutious Bofors.

My ruleset of choice at this scale for this period is Cold War Commander. These forces will give me plenty of choice.