This year is the 500th anniversary of the Battle of Flodden. It was fought in Northumberland on 9 September 1513 between a Scottish army led by King James IV and an English army led by the Earl of Surrey. It was the largest battle ever fought between the two kingdoms and resulted in a major defeat for the Scots and the death of King James.

The war began when Henry VIII invaded France in 1513. Scotland was allied to France and James agreed to a diversionary attack on England. He invaded with an army of 60,000 men supported by French arms including the first use of pikes by a Scots army. The Earl of Surrey mustered 26,000 troops from across northern England, as the best troops were in France.

By the time the Scots army reached the hill of Flodden Edge it had shrunk to around 35,000. This was a strong position with entrenched artillery so Surrey marched the English army to the north forcing James to move to Branxton Hill. After suffering casualties from English artillery fire James advanced his pike blocks off the hill to attack the English lines. After initial success on the left the main attack faltered under artillery and bow fire. The arrival of Stanley's force seals the victory. Some 10,000 Scots were casualties including the King. English losses were around 1500. 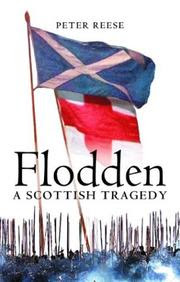 My reason for reading up on the battle was our plan to include this in this year's GDWS display game programme. We like to do at least one anniversary battle. So I started with a good general history, Peter Reese, 'Flodden - A Scottish Tragedy' and then the Osprey Campaign 'Flodden 1513'. Having understood the battle, I then moved onto the armies. The Osprey MAA series does a book on both armies and I also have Ian Heath's excellent study 'Armies of the 16th Century'. There are some good online resurces as well including the Flodden Ecomuseum.

After this reading we decided that sadly Flodden was not a viable project. We had thought that our late medieval armies would form the backbone and it would only need a few add ons. However, the Scots army in particular is almost unique to this battle and, other than the highlanders, very few of our figures would do. The English were also much more renaissance looking than we expected. Painting large numbers of figures for a display game is of course nothing new for us. But this was on a pretty daunting scale, in only a few months, to produce armies that, for the Scot's at least, can only really be used for this one battle.

So, I enjoyed the research but it won't feature on the tabletop, at least not in 28mm. I do have the English in 15mm, so other non-display possibilities there.

Back to the drawing board and we settled on another anniversary battle, Muret 1213 for our next display game at Carronade. But that is another story.... 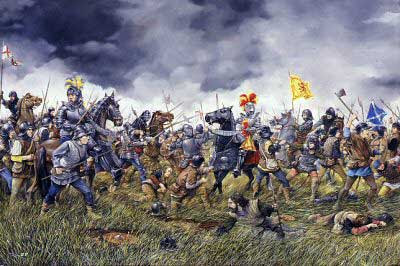