Some reinforcements for my Russo-Turkish War 1877 project in 28mm. These are from the seriously good Outpost Miniatures range. I have returned to this project largely due to being inspired by Quinton Barry's excellent book 'War in the East'. It includes some of my photies taken at Shipka Pass, a very well preserved battlefield.

First up a unit of Redif infantry. These are reservists that had been called up when war broke out with Serbia the previous year. These are modelled with the turban wrapped around the Fez. This distinguishes them from the regular line infantry although they didn't all do this. The main difference was the rifle. Reservists were mostly armed with the older Snider rifles, inferior to the Berdan issued to regulars, but still as good as the Russian Krnk. 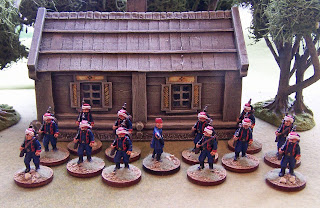 Then a Turkish Pasha to command the army together with some officers and line infantry reinforcements for existing units. He has been modelled in what I assume is closer to full dress uniform. Most of the photos show a slightly plainer uniform but we do like our generals to stand out. 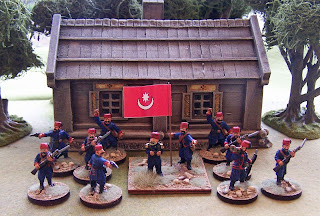 Next up a unit of Russian guardsman. The main difference with the line is the Furashka cap instead of the kepi. 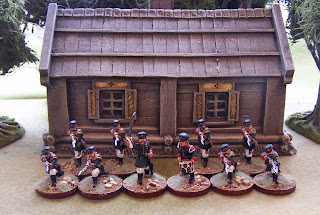 And finally, no Russian army would be complete without General Mikhail Skoboleff. He is surrounded by some line infantry reinforcements. I would welcome any suggestions for a suitable flag. 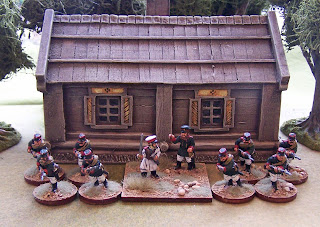 
I am of course kidding myself that is is still a skirmish project! Hence the individual bases. But Warbases helpfully provide slot bases for units in regular formation for a full Black Powder game.