I have just finished David Gilman’s, ‘Master of War: The Blooding’, the first part of his Hundred Years’ War series. Gilman was the writer of the ‘Touch of Frost’ TV series. 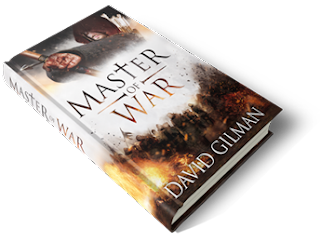 He takes the story of Thomas Blackstone, an English archer forced into his Lord’s retinue for Edward III’s invasion of France. The alternative was the hangman’s noose. Our hero takes part in a number of small-scale actions and sieges before the finale at the Battle of Crecy.

This is pretty standard historical fiction in the Cornwall tradition. The writing, as you might expect from a screen writer, is very sharp. The story fairly rattles along. As I bought it for the kindle it is difficult to judge length, but it seemed quite short. As it was only 49p, I am not complaining! The next in the series is due out on 1 August, so I will certainly download that one.
Posted by Balkandave at 15:59