To Conquer or to Die!

My holiday reading starts with, ‘Conquer or Die! Wellington’s Veterans and the Liberation of the New World’ by Ben Hughes.

Simon Bolivar’s campaigns to liberate the northern states of South America are fairly well known. Popularised, for wargamers at least, by John Fletcher’s ‘Liberators!’ booklets and range of figures. He is also the author of a recently published Osprey essential histories book on the wars of liberation. 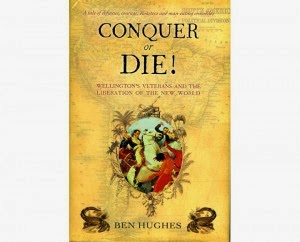 However, this book focuses on the 6,000 or so British volunteers who served, largely with distinction, in the republican armies of Venezuela and Columbia between 1817 and 1820. In the main, they were Napoleonic wars veterans who volunteered to fight in South America. It tells the story of these wars through their eyes and by any standard it is a remarkable story. One of great courage, much misery and endurance, coupled with incompetence and farce. Nonetheless, they made a significant contribution to the republican victory, one that is only partially recognised, even today.

My wargaming of this period has focussed on the other great Liberator, San Martin, who led the Argentine armies across the Andes to liberate Chile and then Peru, where he joined up with Simon Bolivar. There is more on this at my website and GDWS did a number of display games with the converted figures in 28mm during 2007. Wargames Illustrated published a feature article on these games in August 2007.

I would also recommend reading Robert Harvey’s ‘Liberators’ and John Lynch ‘Simon Bolivar – A Life’. He did another book on San Martin.

Orinoco Miniatures have just brought out a range of figures in 28mm for the period, starting with the British Legion. They look very good together with the first Columbian and Spanish foot. I suspect I will give in when the distinctive Llanero cavalry arrive. Flags of War have also started a range of flags. 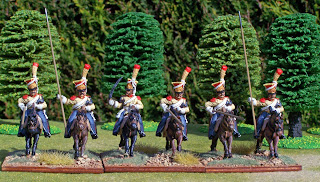