No visit to Macedonia would be complete without a visit to the key sites of the Kingdom of Macedonia.
Let's start with the capital Pella. The site is still being excavated, but you can get a real feel for the scale and prosperity of this city. I did wonder why it was so far from the sea, but all is explained when you see how much the coastline has changed over the years - it was actually only 20km from the coast.
The palace was on top of a slight hill and would have dominated the city. The Agora is huge and reflects the trades that worked in the city. The mosaic's are also impressive.The new museum has a wide range of artefacts found during the excavation and is very well laid out. There are only a few military items, other than large case of helmets and swords found in graves. 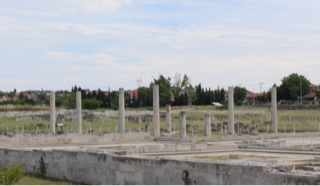 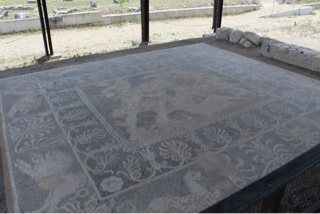 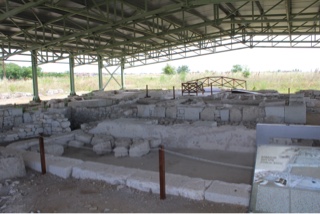 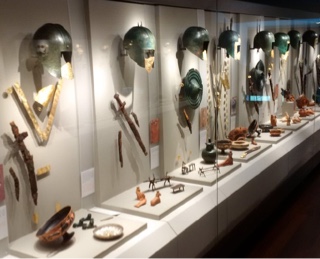 Next up is Dion, the temple city that the Macedonian kings visited before setting out on campaign. Alexander came here before his Persian campaign. It is sited close to Mount Olympus.
This is another big site, so allow some time to walk around it. The Romans also developed the site so it has Roman and later Byzantine additions. 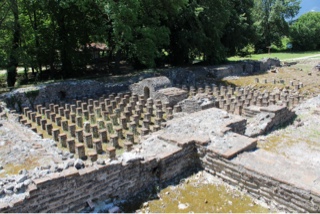 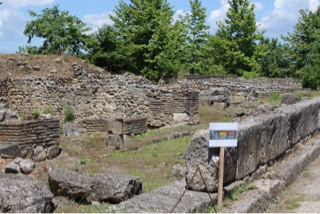 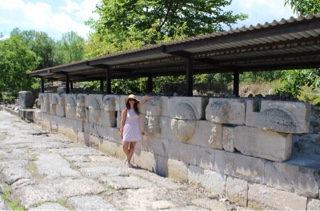 Then the important port city of Pydna. Sadly not a lot to see here, other than some later Byzantine additions. The modern harbour may not be based on the original. Some of city is now under the nearby railway and motorway. 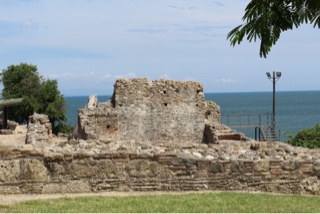 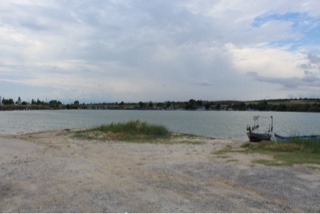 Pydna gives its name to 2 battles between Macedon and Rome in 168 BC and 148BC, although the former is the more important as the Roman victory ended the Antigonid line of Macedonian kings and confirmed the Roman conquest of Greece. The later battle was more of an uprising.
The site of the battle is not really known, but the best guess is somewhere near the village of Nea Ephessos, so here is a photograph of the terrain taken from that village. The Roman army commanded by Paullus had elephants in this battle, which I always think is a very un-Roman weapon. The Romans won by withdrawing, or being forced back, over rough ground that broke up the cohesion of the phalanx. This allowed the legionaries to get inside and use their swords. The mystery is the ineffectiveness of the Macedonian cavalry. It is speculated that as nobles they were disaffected from King Perseus's populist policies. 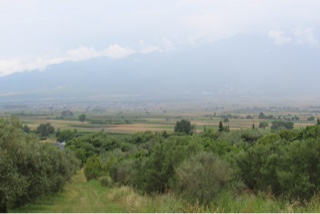 Finally, even Thessaloniki hasn't forgotten the great man. There is a huge statue of Alexander on the sea front. 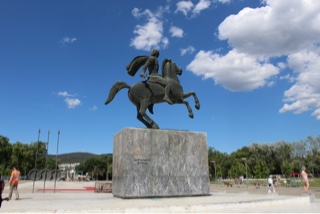