Heading back from a trip to my Mum’s we stopped off at Evesham, site of the decisive battle of the Second Baron’s War on 4 August 1265. 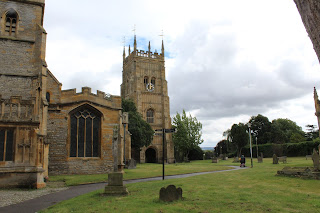 After the Battle of Lewes in 1264, Simon de Montfort held King Henry III and was the effective ruler of England. However, Henry’s son Edward escaped and gathered an army that challenged Montfort at Evesham.

Edward and the Royalists took position on the high ground just north of the town. Montfort was probably outnumbered two to one, so he decided to concentrate his forces hoping to drive a wedge through the centre of the Royalist line. However, the attack lost momentum and the flanks of the royal army closed in on Montfort's troops, massacring them.

Most of the baronial rebels were killed on the battlefield rather than taken prisoner and ransomed, setting a precedent that reached its conclusion in the Wars of the Roses. Montfort and one of his sons died fighting and King Henry was rescued.

The war petered out with a negotiated settlement that allowed rebel barons to buy their property back.

The battlefield is largely farmland and woods today and is marked by a battlefield trail and information boards, as well as an obelisk and a tower. The town has a small museum with a room dedicated to the battle, next to a largely ruined abbey. It also has a very well stocked model soldier shop!

I haven't gamed the battle, but we did a display game that featured Montfort's equally ferocious dad, another Simon, at the Battle of Muret 1213. For further reading I would recommend John Sadler's book on the Second Barons' War. 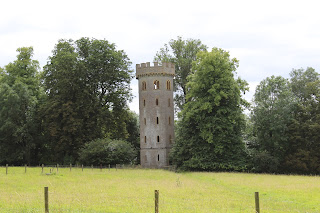 One of the monuments 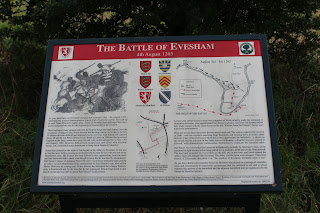 An information board at the battlewell site 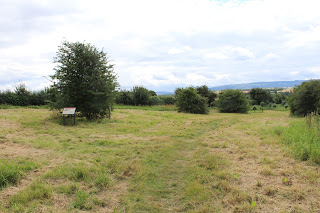 Looking down from the Royalist position