My holiday non-fiction reading has been Neil Kent's, 'Crimea - A History'.

For Brits at least, our understanding of the Crimea goes little further than the Crimean War. Battlefields such as Alma, Inkerman and Sevastopol in the peninsular, appear as street names in just about every city in the UK - not to mention the Balaclava helmets that many of us still wore as kids in winter. 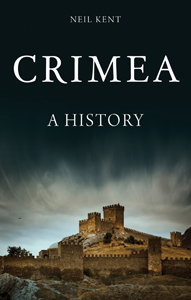 This year the Crimea hit the headlines again, with the Russian 'invasion' of the Crimea and its de-facto separation from Ukraine. Today the ethnic majority is most certainly Russian, the excuse for Putin's invasion, but it has not always been so.

The Greeks were one of the earliest to colonise the Crimea, followed by invasions from the Scythian's, Huns, Mongols and others. The Tartars were vital allies/subjects of the Ottoman Empire and spearheaded most of their assaults on Christian Europe. Russia used the Cossacks, primarily as a buffer against the Tartars, although even then there were significant Armenian and Jewish populations. It was only in the Soviet period that the Tartars were ethnically cleansed from the region and large numbers of Russians moved in. It was Khrushchev who gifted Crimea to the Ukraine in 1954.

Neil Kent has written a concise and very readable history of the region. Well worth a read.