The Italian naval base at La Spezia houses a small, but very fine museum that focuses on special forces and other technical aspects of naval warfare. 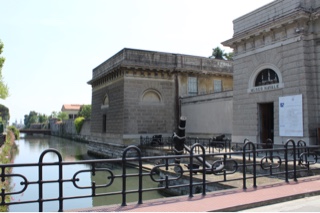 The main exhibition hall has one of the two man human torpedoes that were so effective in WW2. 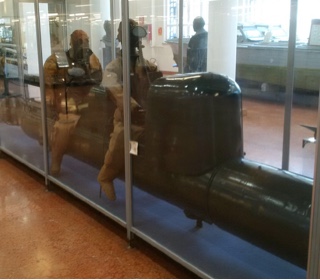 It also has some wonderful ship models, from Roman galleys, to Renaissance galleys and later 18th and 19th century sailing ships. 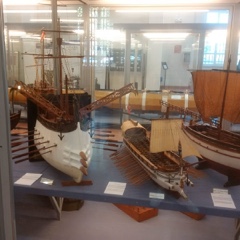 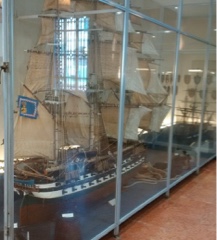 Upstairs there is a fabulous collection of ship figureheads, including several British ones. 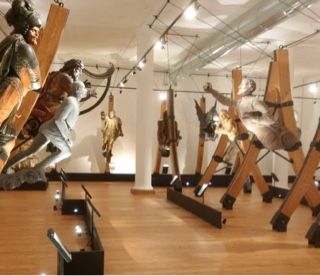 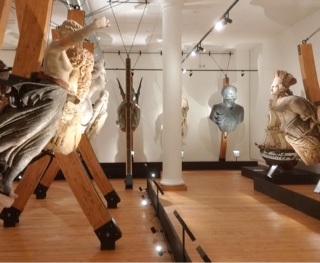 In another exhibition hall there are a range of gun turrets and other weaponry. 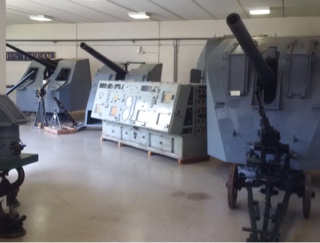 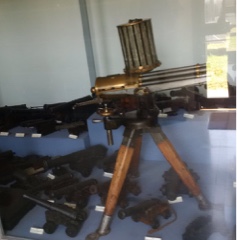 And finally, outside there are various ships cannon and other equipment. 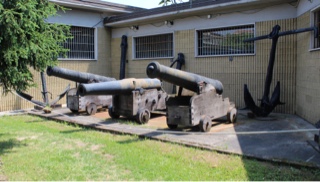 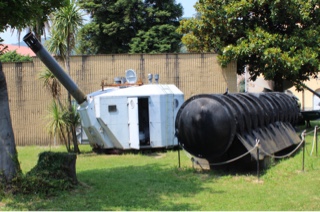 There are very few signs in English, so you have to make do. Nonetheless, well worth a visit.
You can also see the modern naval base, with old and new frigates on show. 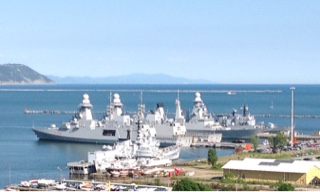 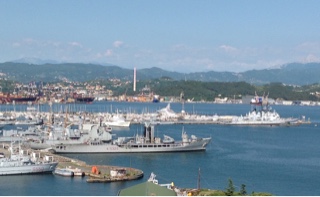 The surrounding area has a fine array of medieval castles, reflecting the 200 year conflict between Genoa and Pisa. This one at Lerichi, is particularly impressive. 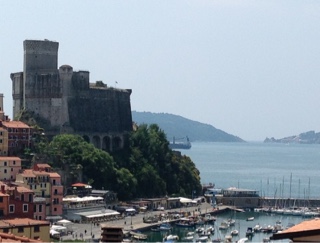