No, not the Ismaili medieval sect, for that you need James Waterson's book. This is Alan Bardos's fictional account of the assassination of the Archduke Ferdinand in Sarajevo - the spark that started the First World War. 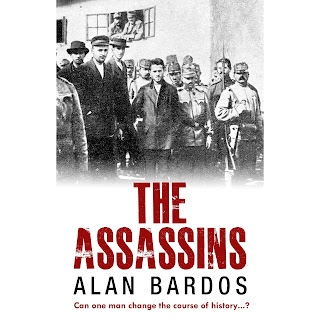 The author sticks pretty closely to the events that led up to the assassination - plumping for the middle ground between the differing theories on Serbian involvement. In short, a group of young Bosnian Serbs are funded and equipped by elements of the Serbian intelligence service, who help them to get into Bosnia and carry out the assassination of the heir to the Hapsburg throne.

He shows very clearly the poor organisation and the equally negligent Hapsburg response. Even the actual shooting was almost accidental.

The one big difference is the insertion of young British diplomatic clerk into the story. Sent off into the Balkans by his boss, who's wife he was carrying on with, to write a report, or more likely get himself killed. The hapless clerk is recruited by a Hapsburg official and infiltrates the assassins group. To say this is somewhat far fetched, is something of an understatement!

However, if you suspend credulity for a few hours, this is an entertaining read. 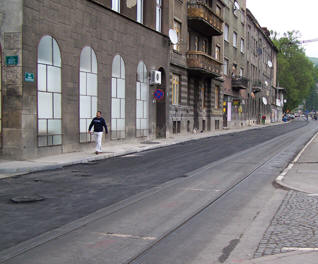 My photo of the street in modern Sarajevo where the Archduke was shot. And there is a small museum that is worth a look. 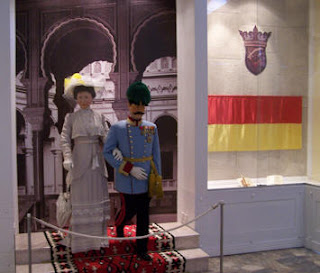