The Forgotten War Against Napoleon

My latest reading has been Gareth Glover's, 'The Forgotten War Against Napoleon'. This covers conflicts in the Mediterranean 1793-1815. 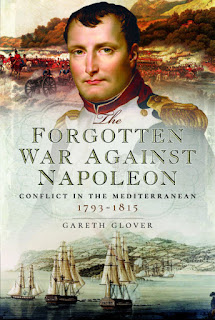 This is an excellent source book for wargamers, as it covers mostly small scale Napoleonic battles. Ideal for the current fashion of small battle rules like Sharp Practice, Chosen Men, or my current favourite, an adaption of Pikeman's Lament for the Napoleonic period by Dave Soutar at our club.

The author covers actions on land and sea, starting with Toulon in 1793 and the Royal Navy's need to secure bases in Corsica and the Balearic Islands. Malta and Egypt features several times. We did both the early campaign led by Napoleon and the later British intervention, as a series of club display games, so I have a big collection of suitable figures. Charles Grant's books are essential reading for this with the inspiring Bob Marrion colour plates. 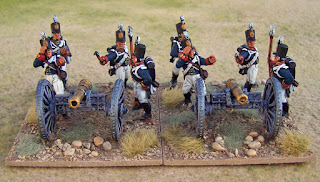 Then we have Sicily and southern Italy, including one of the less well known British victories at Maida in 1806. Richard Hopton's book on this campaign is also worth a read.

Unsurprisingly, I flicked quickly to the Adriatic campaigns. A very profitable campaign for British frigate captains raiding the coast during the French occupation. A campaign that also first brought cricket to the islands of Corfu and Vis - that's civilisation for you! The latter was called Lissa during this period and has been covered in detail by Matthew Scott Hardy in his book 'The British and Vis - War in the Adriatic 1805-15'. 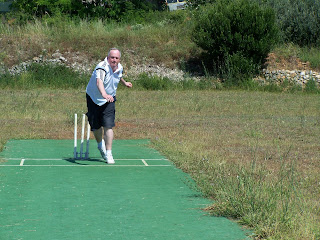 My favourite Napoleonic rogue, Ali Pasha of Jannina, gets a brief mention. I have played lots of 'what if' wargames based on his army and alliances.

While the Peninsular War is not covered, the campaigns on Spain's Mediterranean coastline are. These were important in drawing substantial numbers of French troops away from Wellington.

About half way through this book I had the feeling that I had read it before. Unlikely, as it was only recently published. However, it does cover similar ground to Tom Pocock's, 2004 book 'Stopping Napoleon'. That is also worth a read if this period attracts you.

Overall, this is a well written and eminently readable tome that covers a lot of ground concisely. An excellent introduction to campaigns that deserve more attention.