Battle of Kosovo 1389 - the Albanian view

The battle of Kosovo Polje (Plain of Blackbirds) was fought between the Ottoman forces led by Sultan Murad and an allied army led by the Serbian Prince Lazar on 28 June 1389. My article on BMH gives an overview of the battle with photographs of the battlefield today, courtesy of Peter Verduyn.

Much of what we claim to know about the battle is based on Serbian epics that probably date back to the time of the battle, but were documented much later. They also have propagandistic motives, exacerbated by the use of the battle in more modern politics, most notably by Serbian nationalist politicians like Slobodan Milosevic. All we know for certain is that two large armies met on the battlefield, both suffered significant casualties and both leaders died.

Anna Di Lellio in her book 'The Battle of Kosovo 1389 - An Albanian Epic' introduces us to a different account of the battle. This time based on Albanian epic sources passed down in the oral tradition to this very day. 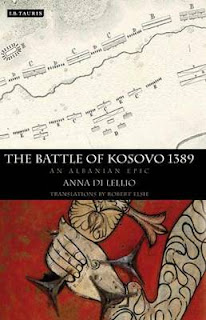 She also draws on Ottoman and Italian sources that indicate the presence of Albanian lords in the Christian army including Theodor Muzaka, Gjergi Balsha and Dimitri Jonima. This shouldn't be that remarkable as the Albanian lords were Christian and had as much to lose from the Ottoman invasion as did their Slavic neighbours. The subsequent resistance to the Ottomans in Albania, led by George Castriot (Skanderbeg) reinforces the point.

In the Serbian tradition, albeit not really articulated until the 19th century, the figure of Milos Obilic, who is credited with murdering the Sultan on the eve of battle, was a Serbian commander.  In the Albanian tradition, his real name was Millosh Kopiliq an Albanian from the Drenica region of Kosovo, although possibly born near Ohrid.

The author gives us an outline of the battle and the competing narratives. She sets out the political context as well as the historical sources. The bulk of the book consists of a selection of Albanian language songs of the battle, together with English translations.

I'm afraid as is often the case with medieval battles, it is unlikely that any firm evidence will be discovered to support either narrative. However, this book is certainly well researched and well worth a read. The objective reader can then come to their own conclusion.

I do have a weakness for Serbian medieval armies on a wargames table. Those mad impetuous knights are if nothing straightforward to use. Find the right spot, point them in the right direction and hope for the best. Subtle they are not! 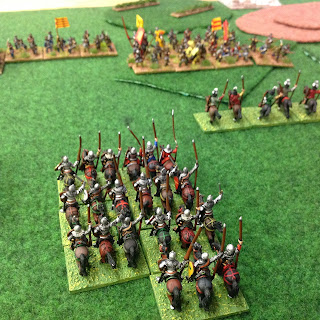 Albanian armies of the period require much more tactical handling and effective use of terrain. 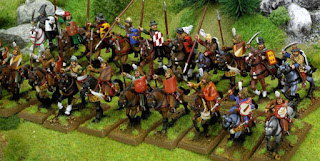