Today I took the short journey to Epidavros, a sanctuary of Asclepius, the God of medicine.
The star attraction is the theatre, which can seat 14,000 people and has the most amazing acoustics. You can hear conversations on the top rows. Visibility, even the cheap seats would embarrass a few football stadiums I have been to. 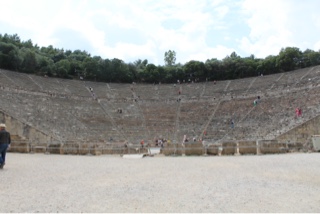 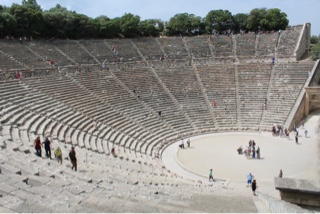 The sanctuary itself has extensive ruins of some unusual buildings for the period and covers a vast area. 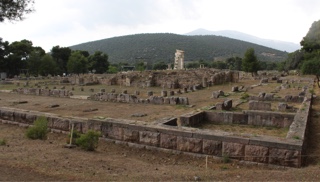 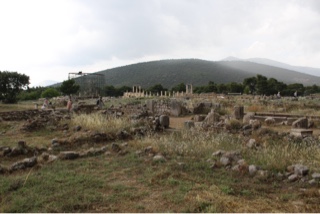 There is also a small museum exhibiting some of the finds and drawings that reconstruct its original form. 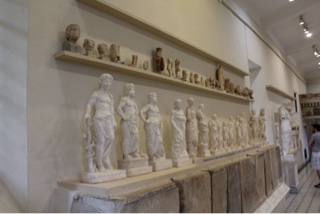 After a morning of culture, I stopped off at the ruins of Kazarma Castle on the way back. The original fort was built in the 5th century BC and was probably the citadel of the ancient town of Lessa. However, it has medieval additions, probably Byzantine given the square towers. 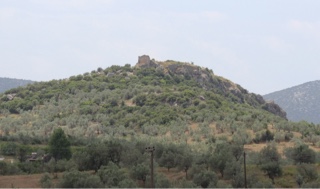 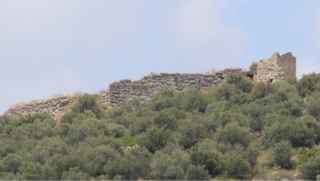 A couple of people have asked me about sources on Greek castles. I use 'Fortresses and Castles of Greece' by Alexander Paradissis. There are three volumes, published in Athens in 1994. Very useful, although some maps would have helped.
Posted by Balkandave at 13:53