HI visited ancient Mycenae today. Situated in the foothills of Mount Zara near Argos, it was the capital of the mighty Mycenaean civilisation - one of the superpowers of the ancient world, along with the Minoans, Hittites and Egyptians.

For wargamers, Greek history tends to start with the Hellenic age and the Persian and Pelopponese wars. However, the heroic age is worth another look. This was the age of Homer, the siege of Troy and the Odyssey.
The Achaeans, as Homer called the Greeks, arrived in Greece between 2100 and 1900 BC, during the Bronze Age. The fortifications at Mycenae date from around 1350 BC and uses stones so massive that the ancient Greeks believed Cyclops helped the founder, Perseus, to build it. This was the palace of Agamemnon, who led the Greeks at the siege of Troy. He was the mega grumpy one! Mind you, having to sacrifice your daughter for some decent weather, would challenge most folk!
The civilisation was destroyed around 1200 BC. It was thought by the Dorian invasions, but as with the Hittite and Egyptian civilisations, which collapsed at the same time, it is now thought that some other disaster was the cause.
Mycenae is a remarkable site and well worth a visit. The entrance, with its Lion Gate is still largely intact as are the base walls. 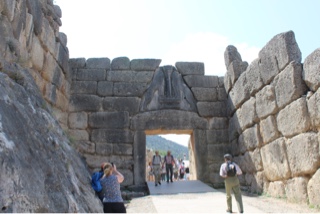 When you climb to the top, and view the Argos plain below, the choice of site becomes clear. 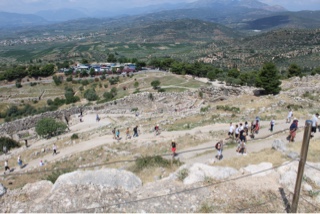 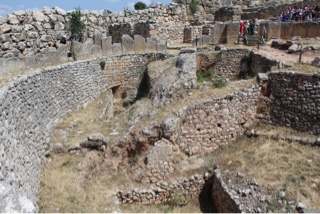 There is a very good museum on the site that explains the history and displays items excavated from the site, including some weaponry. 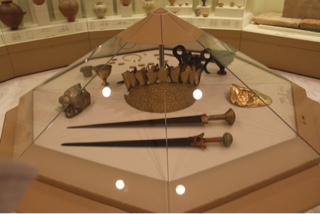 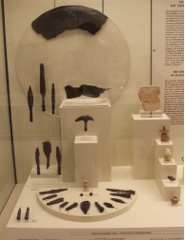 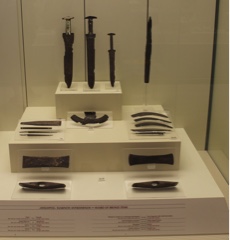 Also worth a visit, from the same period, is ancient Tiryns. The walls that impressed Homer remain pretty impressive to this day. The site is just outside Nafplio, on the Argos road. 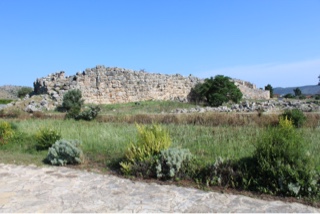 You come across bits and pieces of Mycenean architecture as you drive around the area. This is a bridge near Kazarma Castle that I visited yesterday. 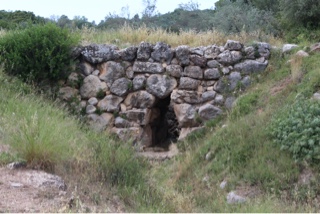 Now, who makes Mycenean figures?
Posted by Balkandave at 15:55