What A Tanker! is the latest rule set from Too Fat Lardies and covers WW2 tank combat. This is a skirmish scale game with one to three tanks a side, more with multiple players. 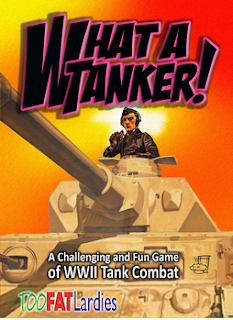 You can play with any scale, although as its a skirmish game, I suspect all those 28mm tanks painted up for Bolt Action and similar rule sets will be an obvious choice. Other than quite a lot of different coloured D6, you will need some tokens, a dashboard and some chance cards all of which can be downloaded or bought from the Lardies. There are already some helpful quick reference sheets and alternative dashboards on the forum or at Boardgames Geek.

Once you have chosen your tanks, you can set up the table in accordance with the scenarios or as you want. You dice for initiative each turn, getting in that all important first shot, although with these rules it isn't that vital.

Then you activate your tank using six command dice. These enable you to drive, acquire your target, aim, shoot and reload. A six is a wild dice that can be used for anything. Very useful because not having the whole sequence of dice is very frustrating. Unless you are having a stationary firefight, in which case the acquire and aim status remains. You keep a record of all this using dice and tokens on the dashboard, ensuring a nice clean table.

I assumed the game would be over quite quickly, but at least in my early war game, it was quite difficult to land critical hits that cause permanent damage. The acquire rules do encourage manoeuvre  and cover is very important. Plenty of buildings, hills and woods makes for an interesting game.

The rules are pretty straightforward and I found I was onto the quick reference sheet after a couple of turns, only occasionally referring back to the full set. It was a fun game, something a bit different from the normal WW2 game and a new use for those tanks. No pesky infantry and ATGs to bother about!

My test game involved a Matilda and an R40 taking on a Pkw III with a captured Somua. 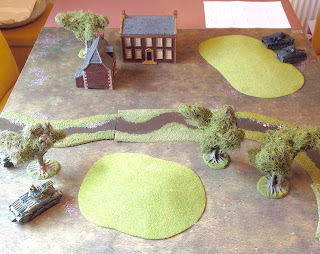 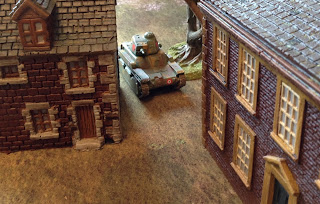 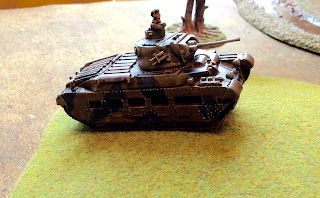 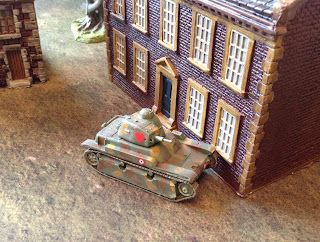 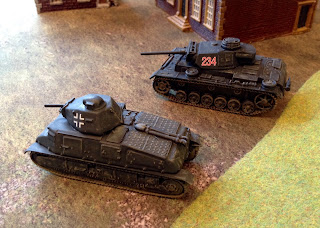 And Razzy joined in, not too enthusiastically, even when the Germans used him for a bit of cover! 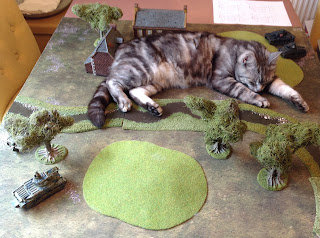 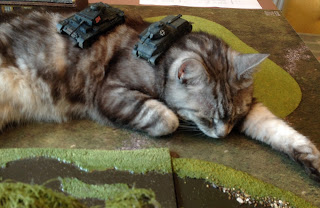