Anglo-Saxons at the British Library

Time for one last visit before catching the train home from London - The new Anglo-Saxon exhibition at the British Library. 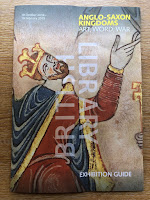 The Library has brought together manuscripts and some other artifacts to illustrate the story of the Anglo-Saxon Kingdoms in England. From the early settlements, through the collection of kingdoms to the development of England. It ends with the Doomsday Book, following the Norman Conquest. 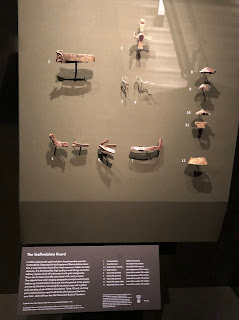 The introduction of Christianity brought monks and writing skills, not to mention beautiful illustrations. 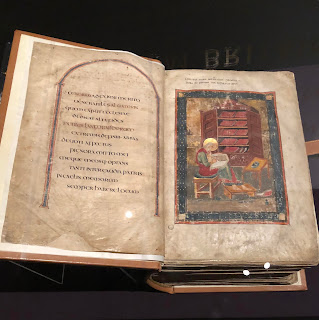 While Bibles are there in plenty, there are also charters and chronicles that show the development of the English state and the use of the early English language. 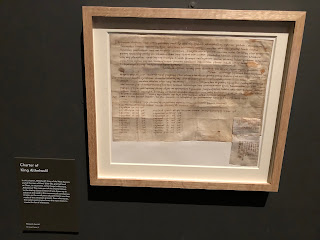 I have read modern versions of some of these books, but there is something very special about seeing the originals, even if Old English and Latin are largely beyond me! An original of the Anglo-Saxon Chronicles is very special. 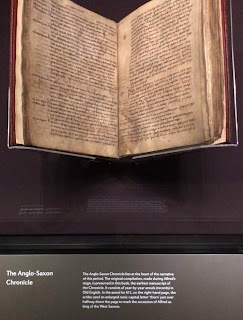 Here is Asser's, Life of King Alfred. Uhtred would not be as impressed as me, for those who remember the early Last Kingdom series! 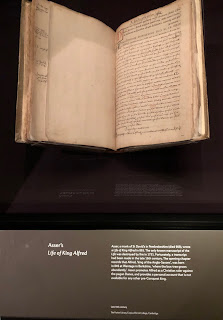 The exhibition ends with the Anglo-Danish King Cnut and the Doomsday Book. Also a very fine sword of the period. 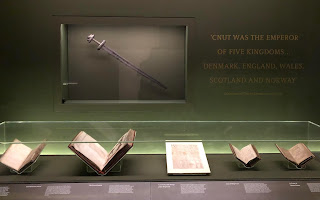 The exhibition ends on 19 February 2019. Well worth a visit if you get the chance.
Posted by Balkandave at 11:06