It is not often that I read a historical fiction series one after another, but the War of 1812 series by A.J.Mackenzie is a worthy exception. The third in the series is 'Invasion' and covers the 1813 US invasion of Canada across the Niagara River. 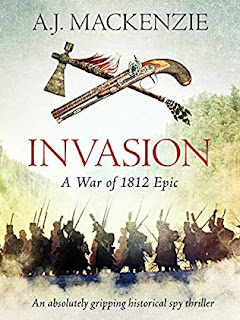 The Americans quickly captured Fort Niagara and the British abandoned Fort Erie at the other end of the river, before retreating to a defensive line on Burlington Heights. Our hero, John MacLea, commands his company during the retreat while yet again battling the US spymaster, Colonel Beauregard, who is now in the field with the army.

Seeing an opportunity to counter-attack the disorganised Americans, the British win a victory at Stoney Creek on 5 June, which pushes the US army back.

A key element of the conflict was winning over the Indian (First Peoples) tribes to the British side. Our hero and his partner Josephine, of course, play a key role in this, blunting Beauregard's efforts. This leads to the Battle of Beaver Dams, in which the British foiled another American attack. The role of Laura Secord in the book in warning the British is based on a true story. As with the other books, the author keeps pretty close to historical events.

Another great read and I trust the author is busy typing the next one. There is plenty of history in this war to go. He has also been the cause of an outbreak of wargamers disease. These 15mm packs have just arrived from Old Glory! 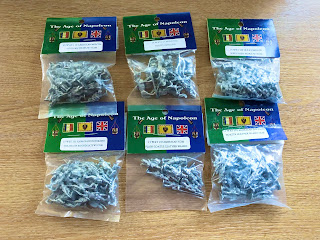