My painting activity in the last fortnight has focused on upgrading my Indian and Pakistani forces for the 1971 conflict.

The 1971 war developed from attempts by East Pakistan to become independent. The liberation struggle to create the modern state of Bangladesh was supported by India, and Pakistan initiated a formal conflict with a pre-emptive airstrike on Indian airbases. This led to counter strikes and land operations in Bangladesh and the western border between the two countries. The superior Indian navy also led attacks on Pakistan ports including Karachi. Indian land forces quickly occupied Bangladesh following a three-column 'Blitzkrieg' assault on the capital Dacca. In the west, Pakistani incursions were beaten off and counter-attacks captured significant Pakistani territory. A ceasefire was agreed 13 days after the war broke out, with Pakistan humiliated, leaving India as the dominant power in the region.

The Indian army in 1971 benefited from the introduction of Soviet equipment to at least partially replace their British AFVs. The MBTs included the T54/55 together with a range of APCs including the BTR60. They also acquired BM21 rocket launchers and 122mm howitzers. All these models are from the GHQ range. 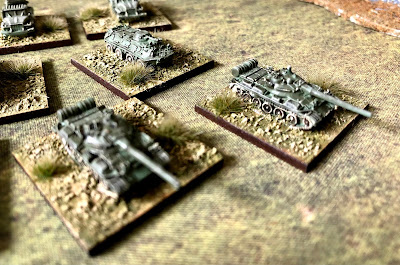 The main addition to the Pakistan army was the Chinese T59 tank. More than 700 were delivered before war broke out. Again, these are GHQ models. 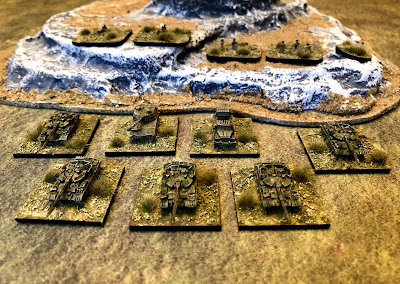 GHQ models are superb, but they generally come in packs of 5, which are fine for MBTs but too many for support weapons. I am a big fan of 3D printed models but I thought it might be too fiddly for this scale. These Sherman, M109, and M36 models for the Pakistan army come from the Butler's range are very nice models, and the waste material peeled off without any problems. 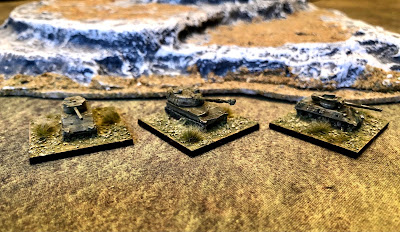 I also added heavy weapons to the infantry units with mortars and HMGs.

I had a quick skirmish before heading off on holiday this week. A big battle game using Corps Commander over Zoom is planned for the week I get back. 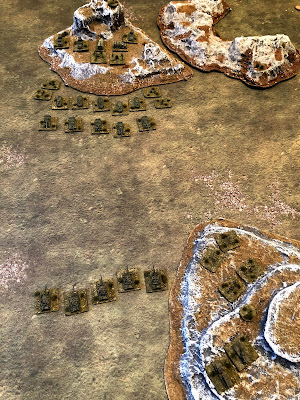