This is Brian Davies' study of Catherine the Great's war against the Ottoman Empire. Yes, there are a lot of Russo-Turkish Wars, and it can get confusing. My interest in this particular conflict was sparked by the Netflix Russian language series on Catherine. Season 3 of Ekaterina has the Russo-Turkish War as a backdrop, which ended in 1774 with Russian gains in the Treaty of Kuchuk-Kainarji. 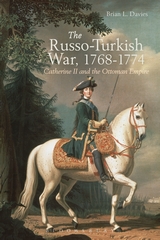 The Russian tsars had gradually expanded their southern borders at the Ottomans' expense for over a hundred years before this conflict. They had established military colonies on the border along with support from the Cossack hosts. The Tatars in the Crimea were a major irritant, as they raided Russia mostly for slaves. However, the Russo-Turkish war of 1736-39 had demonstrated that militarily they could be beaten when a Russian army successfully invaded the Crimea and burned the Khan's palace.

Catherine had recently seized power in Moscow in a palace coup and saw the war as an opportunity to cement her position. The Russian government was centralising power while the Ottomans were decentralising. Ottoman armies had changed little in a hundred years or more. They were huge, with a core of janissaries, and sipahis, supplemented by locally raised infantry and large numbers of Tatars.

Davies explains the context and describes the Russian army of the period, including the many reforms since the days of Peter the Great and the more recent Seven Years War. Jager regiments were added to the infantry arm, eventually growing to 40 battalions. Cavalry was becoming heavier, converting dragoons into Carabiniers and tactically relying more on shock. Tactics in the south relied on large infantry squares, which abandoned the swine feathers as a defence against cavalry favouring more flexible and manoeuvrable formations. Cavalry and jagers deployed in reserve and in-between the squares. Artillery had become lighter and included innovative designs.

The war started with the Khotin campaign of 1769, in modern-day Ukraine with a fine fortress still standing today. The Russian First Army was supposed to have 80,000 troops, which required a staggering 5186 supply wagons. By the time they reached Khotin the army was 45,000 strong facing a garrison of 20,000, although the Ottoman field army was mobilising and up to 80,000 Tatars were in the region. An attempt to storm Khotin failed, but the siege was eventually successful, and the Russians moved into Wallachia capturing Bucharest.

The Russians consolidated their success in 1770 with a major victory at Kagul in August forcing the Ottomans to flee back across the Danube. The Russians also sent a fleet into the Mediterranean from the Baltic, which stirred up revolts in Greece and Dalmatia. The Ottoman navy was more effective on the Danube, making it difficult for the Russians to cross the river until they developed their own flotilla.

The war ground on into a war of outposts, putting a strain on both sides and their finances. A peace treaty was signed in 1774 which created an independent Crimea, moved the border further south into Moldavia, and the Russians gained key Black Sea forts. The Russians used these to build a Black Sea navy and quickly incorporated the Crimea into Russia. Davies concludes that the war resulted in one of the most dramatic shifts in the power balance in the 18th century. It also laid the foundations for the later Greek and Serbian revolts. The once independent cossack hosts were incorporated into the Russian state and the Crimean threat, centuries-old, was ended. Catherine herself consolidated her position by managing the Russian war effort more effectively than her predecessors while balancing the competing political factions.

This is a well-written study of the war using mostly Russian language sources. There are far fewer Ottoman sources for all the period's conflicts, but the author has not ignored them.

I have a Russian army of the Seven Years War in 6mm, although Adler figures are nearer 8mm. I used Angus Konstam's two-volume Osprey for uniforms. This book doesn't offer the sort of detail wargamers need on uniforms. According to Knotel, Catherine introduced new clothing regulations in 1763, including a lighter green coat for the infantry and a slightly different grenadier cap. However, at 8mm, I can live with these details. The Ottomans from the earlier and later periods all work fine, although I will need to expand from Irregular or Baccus, which I suspect are a bit smaller.

And onto the tabletop to demonstrate the Russian tactical system. 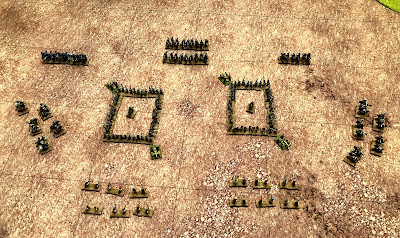 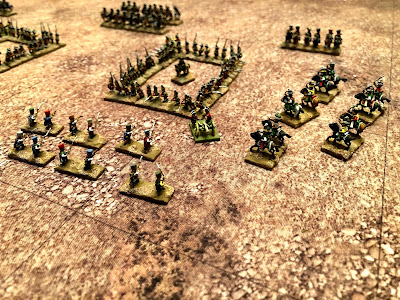 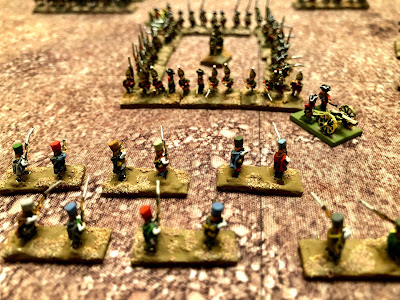 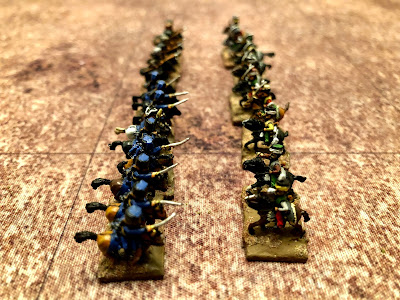