This is the second in Bob Low's Border Reiver series. Historical fiction based during Henry VIII's conflict with Scotland known as 'The Rough Wooing'. 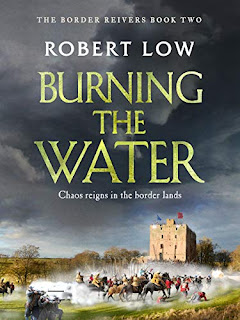 I covered the historical background to the series in my review of the first book, so I won't repeat that. In this book, our hero Batty Coalhouse is still chasing Maramaldo, the condottiere who cut off his arm when he served in the band during wars in Italy. This band of Landsknechts and other mercenaries are rampaging in the Cheviot Hills on the border's English side, although the border was a flexible concept during this period. If this sounds a bit far fetched, it isn't. Henry VIII recruited Landsnechts into his armies, and they were present at the Battle of Ancrum Moor (27 February 1545) which is the starting point for this book. A rare Scottish victory as well.

Batty accepts a commission to save a group of nuns, one of whom is related to a border lord. They are besieged in a tower house by troops from Maramaldo's band. This ties into a wider conspiracy involving other border clans, or Graynes as they are called in the borders. I won't spoil the story, but it results in several small scale battles, and as with the first book, the violence is not for the squeamish.

This is another cracking read if anything better than the first. Role on the third!

Onto the tabletop. In the book, the Landsknecht band is attacked by an English militia unit, which were called Trained Bands, supported by Border Horse. The artillery played a significant role in the story, not least because that was Batty's specialist role when he was a mercenary. The models are 15mm. 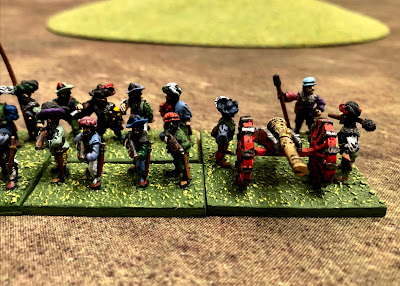 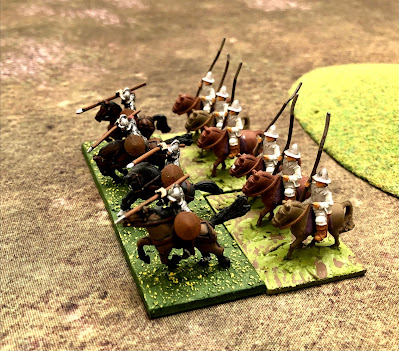 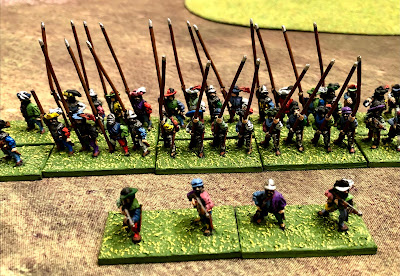