Today is the 500th anniversary of the start of the Siege of Belgrade 1521. Although the most written about was the earlier siege of 1456 when Janos Hunyadi defeated Sultan Mehmet II, Belgrade has been besieged many times.  I suspect the 1521 siege is less well known because the Ottomans won!

At the start of the 16th century, Bulgaria, Serbia, and the Byzantine Empire succumbed to the Ottomans. Only Hungary remained as a bulwark against further Ottoman expansion. However, following the death of Hunyadi and his son Matthias Corvinus, Hungary was much weaker, and the rest of Christendom divided.
Belgrade was the gateway to Vienna and Buda, and the Hungarians foolishly provoked Sultan Suleiman by killing his ambassador. This would be Suleiman's first great expedition, and he left Istanbul on 6 February 1521 (Oman says 10 May) with a large army, collecting other units on the way. There were two diversionary attacks. One by Ahmed Pasha aimed at Sabac on the Sava River, and the other led by Mehmed Mihaloglu aimed at Transylvania. The Grand Vizier, Piri Pasha, took the direct route to Belgrade, arriving several weeks before the Sultan with the rest of the army.
Suleiman crossed the Sava River and appeared on the bank opposite Belgrade, cutting the city off from reinforcement. He captured Semlin on that bank as well as towns as far as forty miles north of Belgrade.
Batteries were placed on the island at the confluence of the Danube and Sava rivers for continual bombardment. The siege work continued on the south side of the city, where the city could be accessed.

The Ottomans assaulted the fortress for three weeks until the largest tower was blown up by a mine on 27 August. This led to the surrender of the Orthodox Serbian contingent on 29 August, who were taken to Istanbul and established in what today is still known as the Forest of Belgrade. According to some sources, the Catholic Hungarians were massacred; others say the small remnants were allowed to leave for Peterwardein. Several Christian powers recognised the danger, but little was done. Some five years later, Suleiman returned to conquer Hungary and marched to the gates of Vienna.

We have no real idea of the forces involved. Contemporary sources talk about numbers as high as 200,000 for Ottoman forces, but Rhoads Murphey (Ottoman Warfare 1500-1700) reckons 80,000 for a typical Sultan led army.

Sieges are difficult to reproduce on the tabletop. John Bianchi wrote a good scenario for the 1456 siege in the WAB supplement 'Vlad the Impaler'. This involved the key sortie by the garrison that overwhelmed the besiegers. I suspect the 1521 garrison wasn't large enough to try something similar, although they would have known about it, so it is possible. Sorties were a traditional tactic. The arquebus was beginning to appear in Hungarian and Ottoman armies of this period, but most troops would look like a late medieval army.

For this sortie on the tabletop, I used Lion Rampant rather than the slightly more in the period The Pikeman's Lament rules. This feels more medieval than renaissance. About the right scale for a scuffle like this. 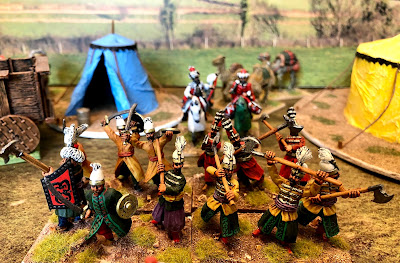 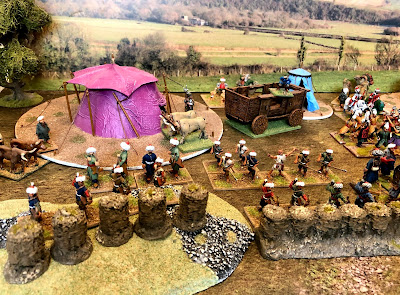 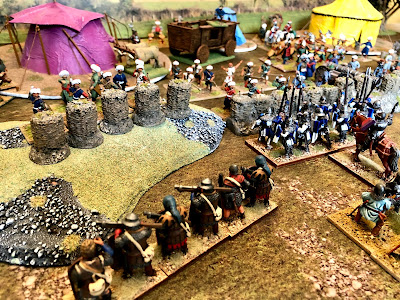 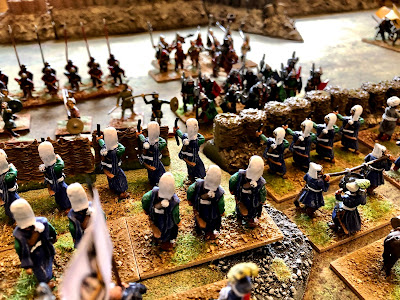