I am on holiday this week in the English Lake District. Mostly fell walking while my wife paints and daughter drags her partner around various activities. The Lake District is one of my favourite places on earth, but it is renowned for its scenery, not its history. However, our flat just happens to be very close to the site of a Roman fort. Not that my wife believes anything like this just happens!

The ruins have been tentatively identified as Galava, which is mentioned in Roman records, although others think it was Clanoventa. The fort guarded the Roman road from the west coast and another road south to the fort at Kendal. In 2016 it was reported that technology had revealed a Roman road running north from Ambleside fort to Carlisle and Hadrian's Wall. The fort is built on the edge of Lake Windermere, so, it is likely supplies were also brought in by boat. The Romans were often ambushed in this mountainous terrain, so much so that they marched across the fells rather than go through the lowland woods. A fell is called High Street to reflect this use.
The original first century AD fort was probably a mound with wood palisades. It was later converted into a rectangular stone fort, with four gates and towers at each corner. The information board gives an artist's impression. 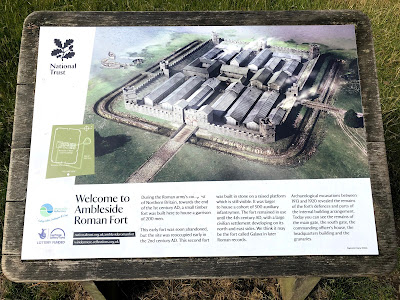 It was occupied until at least 365AD and was attacked on several occasions. A tombstone found at Ambleside bore an inscription that translates as "killed within the fort by the enemy".
There isn't a great deal to see other than a few wall bases. However, the National Trust has put up several useful information boards. I wouldn't make a special trip, but worth a look if you are passing. 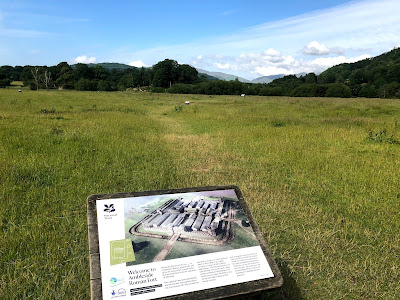 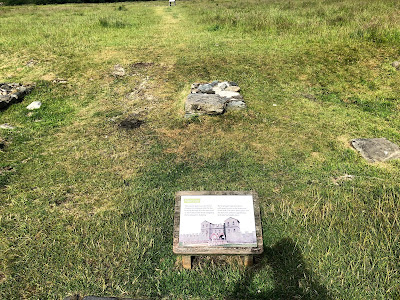 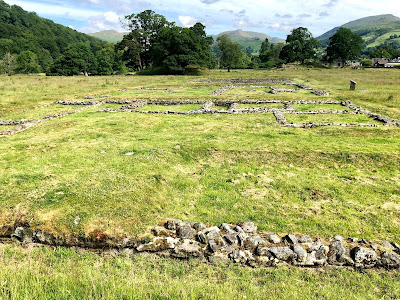 We also went to Levens Castle near Kendal. Mostly gardens for my wife, but there is quite a lot of Napoleonic interest as a former owner was an ADC to Wellington at Waterloo. Items include Napoleon's saddle from the Egypt campaign.