I am delighted that my new book has a cover and an indicative publication date of next month. Chasing the Soft Underbelly: Turkey and the Second World War (Helion 2022) is a history of Allied and Axis efforts to get Turkey to join the Second World War. 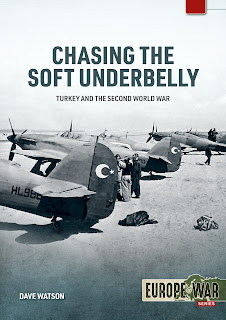 I avoid 'what-ifs' in the main text, but in the first draft, I included an appendix on wargaming the actual and potential campaigns in the book. However, space precluded its inclusion, and in any case, I felt it didn't do the subject justice. For that reason, I am writing a booklet as a wargaming supplement to the detailed history in the book. It also allows me to indulge in the many interesting campaigns that Turkey might have been engaged in at different stages of the war. Finally, it will offer the wargamer a new opponent for their already established wargame armies, particularly those with Axis and Soviet forces.

This project involves playtesting several scenarios related to these campaigns. The first I am calling Bother at Batumi, or how the Massigli Affair went hot.

The Soviets and Turks both had revisionist claims over their shared border in the Caucasus. This tension stepped up a gear in June 1940 when the Germans leaked a captured telegram from the French Ambassador in Ankara, René Massigli, to General Weygand of the French high command in Syria. This was Massigli's summary of a conversation with the Turkish Foreign Minister about a projected aerial bombardment of the Soviet oil fields at Baku and Batumi by the French air force. The attack aimed to halt vital oil supplies from the Soviets to the Germans. Massigli claimed the Turkish Foreign Minister, Şükrü Saracoğlu, confirmed that Turkey would object, which involved flying through Turkish airspace.

The Soviet Union mobilised troops on the Caucasian border, moving 10,000 troops to Sokhumi and then towards the Batumi border checkpoint. The Turkish ambassador to Moscow was convinced that 'a re-annexation Kars, Ardahan and Artvin was in the offing.' These were the border regions conceded to Turkey in 1921. The Turkish government dispatched reinforcements to the border, and as the Turkish and Soviet armies moved closer, shots were ﬁred across the border on several occasions.

A quick look at Google maps (the border is unchanged) shows that the terrain along the Georgian border is mountainous and forested. Almost all the Soviet divisions here were mountain troops. The only formal border crossing point is on the coast at Sarp (Georgian Sarpi), just south of the city of Batumi. 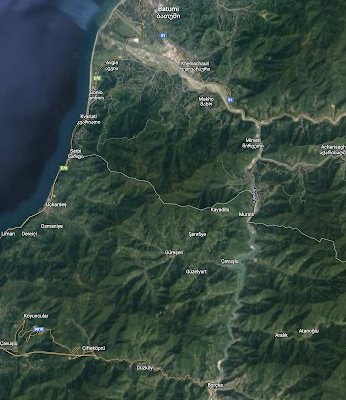 The scenario assumes the Soviet commander has sent a battlegroup from the 47th Georgian Mountain Rifle Division to capture the checkpoint and surrounding hills. This would allow an offensive to develop to capture the air base at Borca and the city of Artvin. I used my 15mm figures of the period and Blitzkrieg Commander rules. 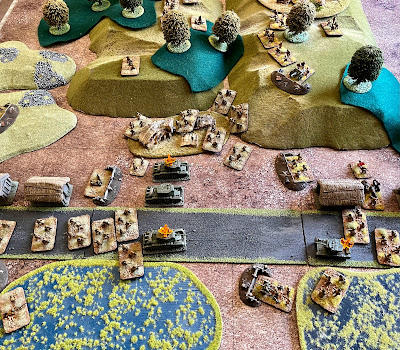 The Soviets would have had a significant numerical advantage. The Transcaucasian Military District had at least six Mountain Rifle Divisions against the Turkish IX Corps peacetime establishment of two divisions. The Soviets decided on a frontal attack along the coast road through the checkpoint while infantry tried to capture the high ground. 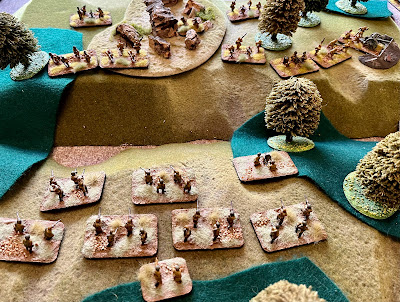 The Soviet attack through the forested hills made no progress, despite a two-to-one advantage. However, the frontal attack, supported by artillery and tanks, did capture the checkpoint, albeit with heavy casualties. Victory to the Soviets, but at a cost.

By the way, I was recently interviewed by Henry Hyde on his Battlechat podcast (Number 89). As a health warning, our chat went on for over two hours on matters Balkan, including the book. But it might provide a backdrop to a painting session!