I made my first visit to the Battleground show in Stockton-on-Tees yesterday. It will not be the last. The venue is Durham University's Queen's Campus, part of a regeneration site in the old canal basin. It is near a train station, has plenty of car parking outside, and the hall is large and bright. The catering was fine, supplemented by a cupcake stall, which was superb.

What really impressed me was the balance of activities. 24 games, half of which were participation together with 30 traders, the well-known as some new ones to me. I bought more stuff than I have at a show for a long time. They also had five reenactment societies, from the East India Company to the Spanish Civil War. I also met the historical novelist Griff Hosker at one of them. There were a couple of presentations from a local historian of the Spanish Civil War. I only made one, but he had done a tremendous job researching the local guys who went to Spain in 1937. 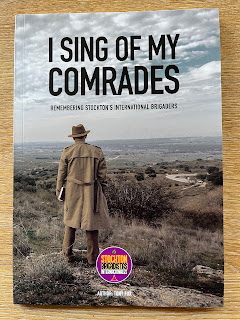 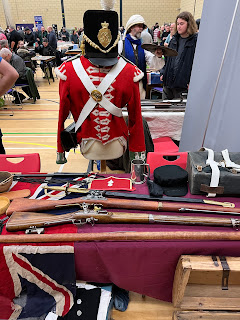 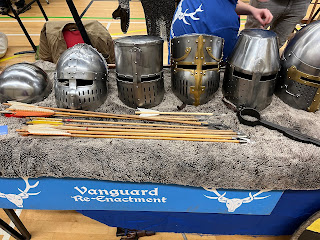 The games were a good mix of big display games and interesting participation ones.


It was a four-hour drive for me but definitely worth the effort. I stopped off at the Sunderland Aircraft Museum on the way down, which broke up the journey, and I stayed overnight nearby. In addition, there is a Royal Navy Museum at Hartlepool, which I will do next time. Many thanks to Pendraken for organising this show.