The last painting session of the holidays included some more character figures from the Conan board game. These include Conan himself, the wizard Hadrathus, Thak, Skuthus priest of Set and of course a princess for Conan to rescue - over and over again! 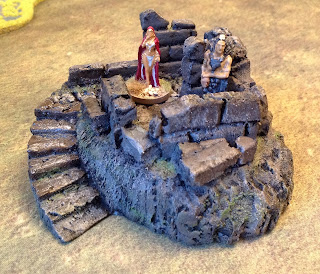 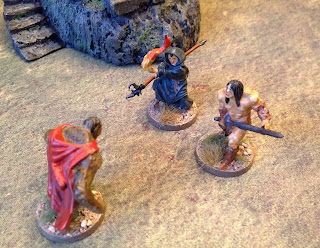 For the final game of the holidays I used Dragon Rampant rules. Conan with Hadrathus and his bodyguard, supported by Aquilonian archers, spearmen and mercenary light horse - are off to rescue the Princess, a captive of Skuthus in the ruined tower. Skutus has his giant snake and a band of demons. Two 24pt armies in total.

The archers force a wild charge from the demons, who are weakened by bow fire from horse and foot bows. Bolts of long range fire from Skuthus were not enough to support the demons. Then the snake slithered out of the woods and forced back the spearmen, who were eventually saved by Conan himself. With his forces routed, Skuthus slinks away to fight another day, and the princess is rescued. 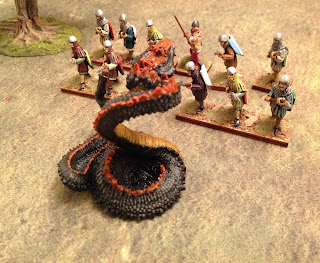 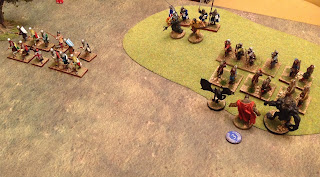 Dragon Rampant are a great set of rules for a quick game. Highly recommended.