This is not so much a new Osprey as me catching up. Warrior 175 by Ross Cowan takes the story of the Roman legionary up to the age of Diocletian and Constantine the Great. 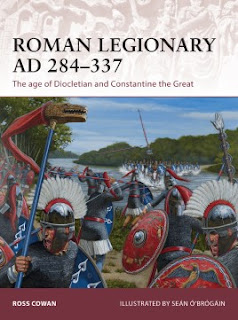 This was a period of great turbulence for the Empire, not least because of the religious conversion of the state from Diocletian's pagan persecution of Christian soldiers (they had to perform a sacrifice), to Constantine's Christianity. The conversion was inevitably gradual and Constantine was fairly tolerant for a period, even devising a special parade for pagan soldiers.

This period marks the climax of the traditional legionary system and the organisation into cohorts and centuries would be recognisable to a Roman of an earlier period. What started to change was the organisation of legions, dividing them up into detachments, leading to the frontier units (Limitanei) and the elite field army units (Comitatenses). While infantry remained the backbone of the army, cavalry was becoming more important.

The book explains how legionaries were recruited, trained and equipped. Then we get chapters on the organisation of the legions and some examples of campaigns. Specific soldiers are used to illustrate the system, showing that they certainly travelled a lot - at least in the field army.

This encouraged me to dust down my late Roman figures, more accurately Arthurian in my case. A number of years ago we had a fun WAB 'Age of Arthur' campaign at the club. I used my current favourite set of rules, 'Lion Rampant' for the game, with grateful thanks to David Sullivan for his work on taking the rules back to this period. I see Gripping Beast are also bringing out a supplement for this period next month.

I chose the Carpi as the opponents. There is some disagreement about the ethnic basis for this tribe, but if not a Dacian tribe, they are very similar. They resided in the eastern parts of modern Romania and fought a series of wars against the Romans during this period. Constantine defeated them in 316-17 and they were resettled into the Empire.

The scenario involved a legionary unit defending a village where there is a rather robust religious conversion going on. The Carpi attack the village and the remaining units in the Roman force come to the rescue.

In the game, while the legionaries did get pushed back, the Carpi movement dice were pretty bad and a series of piecemeal attacks were repulsed. Rome triumphant again! 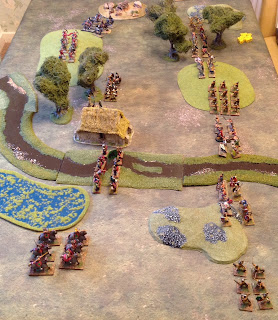 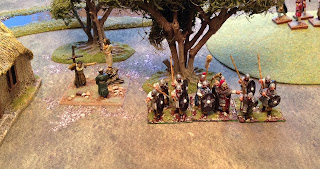 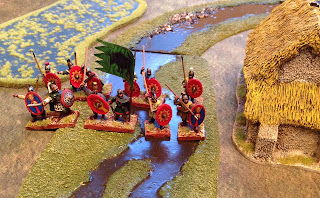 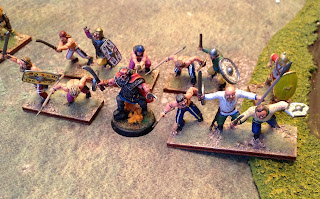 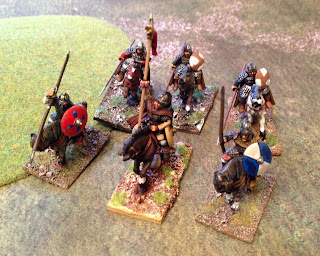 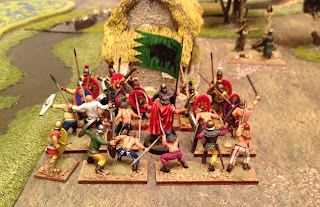 And here is the army list for two 24 point 'retinues'