My holiday fiction reading included William Kelso's 'The Dacian War'. This is the sixth volume in his Veteran of Rome series. I haven't read any of the others, but was attracted to this one because it covered a Balkan subject, Trajan's invasion of Dacia. 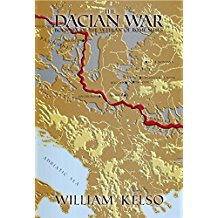 The format is pretty similar to the many historical fiction books on Imperial Rome. In this case, we have two heroes - Marcus the retired veteran of an auxiliary cohort, and his son Fergus, who serves in a legionary cohort as an Optio.

I felt a little cheated after reading the first half of the book. All the action involves Marcus who lives in Brittanica. He has a little local difficulty with a better connected neighbour and makes a somewhat unlikely trip to Rome, in order to save a Christian slave who poisoned the said rival. He then gets involved in some high level Roman political plotting. Again, even for historical fiction, this is stretching matters a little far.

The second half of the book moves on to the invasion of Dacia. Here the book picks up, with Fergus in the thick of the action against the Dacian's and their allies. The description of various battles, are some of the best I have read - you really do get a flavour of the campaign. I particularly liked the emphasis on the importance of Roman engineers in traversing the difficult terrain and in sieges. Having walked a bit in the Carpathian Mountains, I can imagine the challenges facing the Roman army of the period.

You probably need to read the whole book, but for a second read I would skip the first half.

If you want to read more about the Dacian Wars, I highly recommend the beautifully illustrated book by Radu Oltean, available from Karwansary, the publishers of Ancient Warfare magazine. And by the way, they now do a very good podcast as well. 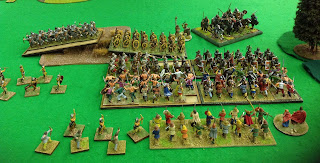 Some tabletop Dacian War action. 28mm figures from my collection.