This year is the 13th centenary of the lifting of the Arab siege of Constantinople in 718. Arguably the high tide of the Arab conquest and an important turning point in the history of the Balkans and Europe. With a base at Constantinople, the Arabs could have pincered Europe from the east and from Spain in the west.

The siege began the previous year when the Caliph Maslama assembled an army of 80,000 men on land and a fleet of 800 ships with over 80,000 fighting troops aboard. The defences were too strong to assault, so he built a ditch and blockaded the city, with two fleets that aimed to block sea access.

A raid on the fleet by the Byzantines, using Greek fire kept the northern Bosphorus end of the straits clear. This meant the city was never fully invested. The winter caused heavy losses to the Arabs from disease, but come the spring, a new Egyptian fleet sailed past the city and closed the Bosphorus. A reserve army arrived with much needed reinforcements.

The Byzantine Emperor Leo sortied out again with his fleet and using a combination of fireships and Greek fire, destroyed the Egyptian fleet. On land, Terval, King of Bulgars attacked the Arabs near Adrianople, winning a major victory. The Arabs abandoned the siege and headed for home. A storm caused further losses and only a handful of ships made it home.

Wargaming the siege would be a major undertaking and pretty boring. However, there would have been plenty of skirmishes and we have the Bulgarian relief attacks. For the refight I used 15mm Bulgarian and Arab figures for a 100pt game of Art de la Guerre. 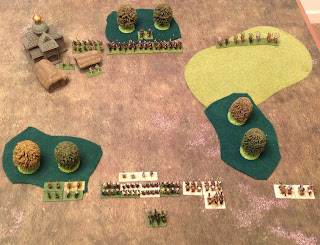 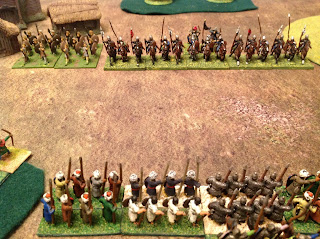 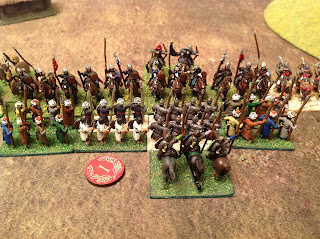 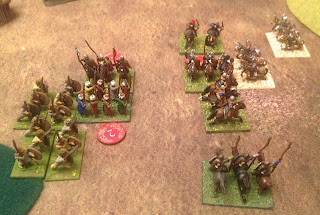