A trip to North Wales was an opportunity to revisit some of the finest castles in the UK.
In the 13th century, North Wales was controlled by the Welsh Prince, Llwelyn ap Gruffudd. Edward and his Marcher lords sought to bring the independent Welsh territories under their control. In two campaigns, in 1277 and 1282/1283, Edward reduced the territory of the Principality of Wales and then completely conquered it. Most of the conquered territory was retained as a royal fief, and these lands subsequently became the territorial endowment of the heir to the English throne with the title Prince of Wales.
Edward sought to secure his new lands with a 'ring of stone' - large castles, all of which can be seen and visited today. James of St George was Edward's master-builder, and he used the most advanced defensive features of the day, to build the castles of Beaumaris, Conwy, Caernarfon and Harlech.
I didn't have time to visit Beaumaris, which is over the Menai Straits in Anglesey. Although it's imposing outline can be seen as you drive down the opposite shore to Conwy. I spent more than one childhood holiday in this area and Conwy castle never fails to impress. The railway bridge which runs by it was also constructed in 'castle' style. 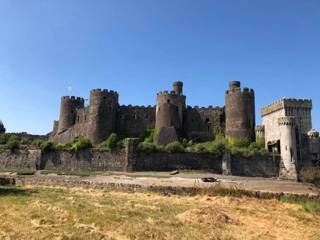 Caernarfon Castle is worth spending the most time at. Construction started in 1283 and like the other castles is a World Heritage Site. 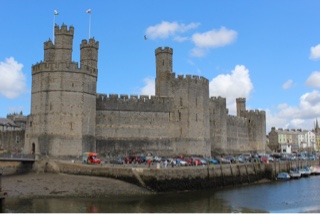 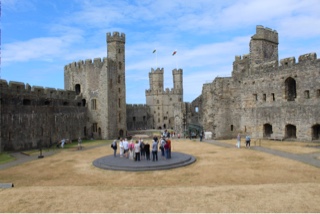 The current Prince of Wales was invested inside the castle, the grounds of which are substantial. The information boards and audio visual introduction is very good. 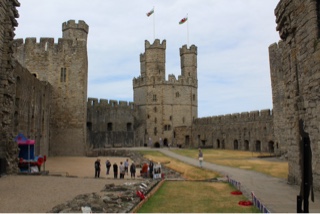 Not only is this castle impressive in its own right, but it includes the regimental museum of the Royal Welch Fusiliers. 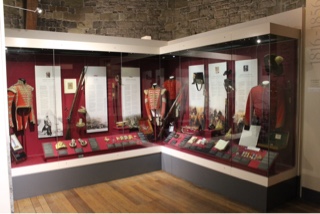 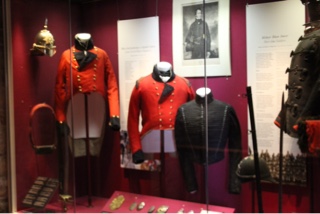 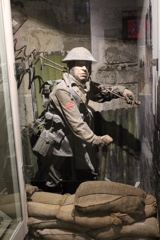 Not forgetting the regimental goat, who is on the muster, not a mascot. 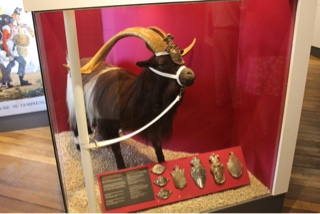 Finally, we reached Harlech Castle. This isn't as grand as the others, but it is my favourite, perched on a rock above the sea. The song 'Men of Harlech' (think of the film Zulu) was written about the siege of the castle during the Wars of the Roses. 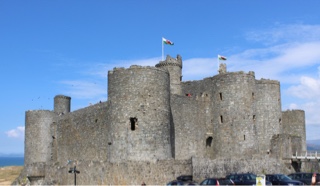 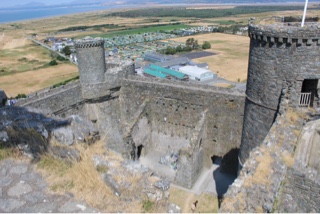 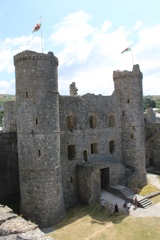 Like all these castles, it could be supplied from the sea, a huge problem for the besiegers who didn't have a strong navy during the rebellions against the rule of Edward and his successors. Today, the sea is some distance away, with a fine golf course in between. Sadly, not enough time to play it. 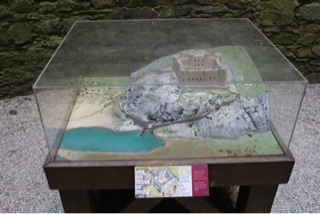 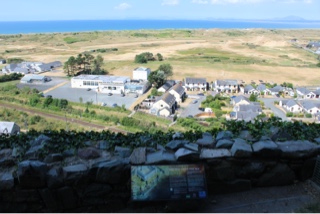 So, four castles, well preserved and presented. Highly recommended.
And for contrast, here is a typical Welsh castle of the period. This is near Llanberis at the foot of Snowdon. 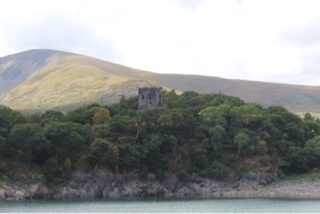