I have now played a few games with Scott's fabulous 10mm armies for this battle. However, I hadn't managed to actually visit the battlefield. 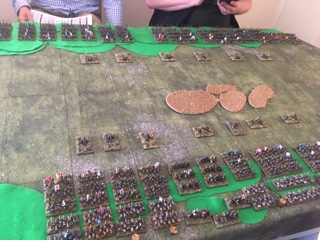 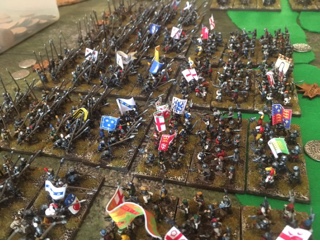 The opportunity presented itself en-route to a conference in Newcastle yesterday.
The battlefield is marked by a memorial on the hill above Branxton village, roughly in the centre of what was the English line. 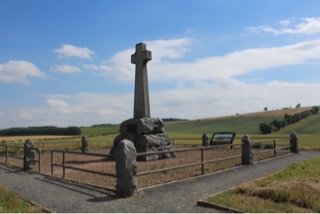 From there you can look down to what was the marshy bottom of the hill that the Scots had to march through. 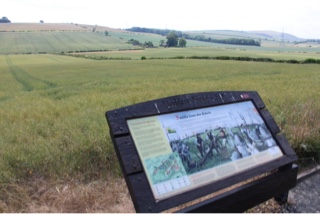 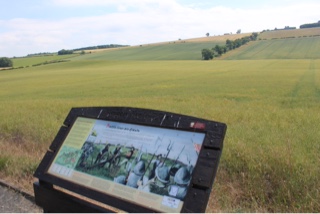 The well marked battlefield trail takes you to the bottom where you get the Scots perspective. I had thought the hill was steeper than it is. Mind you, I wasn't marching up it in armour wielding a pike! There are information boards all alone the trail. This is at the bottom of the hill where King James was probably killed. 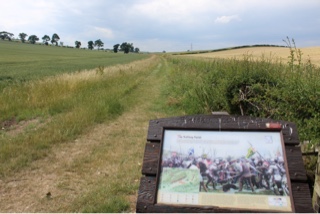 Finally this is the view from the Scots starting point on the opposite hill. 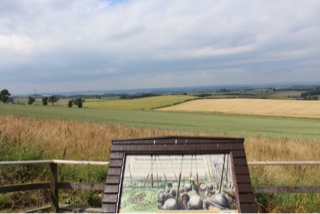 I then travelled to Etal Castle that was captured by the Scots before the battle. There is a small exhibition about the battle and the remains of the modest castle. 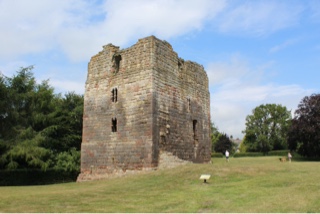 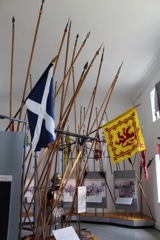 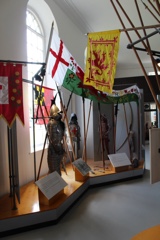 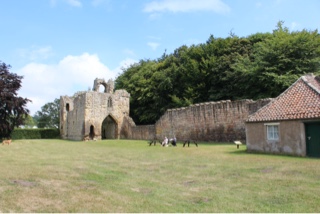 I also went to Ford Castle, but this is now more a country house than a castle, used as a residential activity centre by the council. The village is very pleasant with plenty of eating opportunities.
Overall, very pleased to have finally visited the battle. As always it highlights the value of walking a battlefield, not just reading about it.
Posted by Balkandave at 18:40