The Great Northern War is now better known following some great books and wargame figure ranges. However, the war with the Ottoman Turks that followed is less well known. For that reason Nicholas Dorrell's new book, 'Peter the Great Humbled' is very welcome.

The hint is in the title. The Russo-Ottoman War of 1711 did not go well for the Russians. In fact, had it not been for very generous terms, Peter the Great could have come to a sticky end and the history of Russia might have been very different. 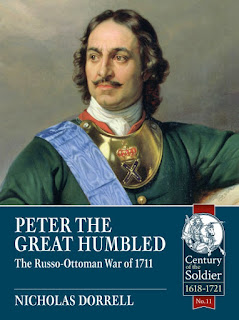 The author sets out the origins of the war, which was in part a consequence of Peter's victory over the Swedes at Poltava in 1709. It was also a means of strengthening Russian support amongst the Cossacks and continuing Russian expansion to the south. We then get pen pictures of the opposing commanders and a quite detailed discussion of the opposing armies. The evidence is strong for the Russians, somewhat less so for the Ottomans and their Tartar allies. The Moldavian's came out for the Russians, but the Wallachian's played a more subtle game, playing wait and see.

There were secondary fronts in the Crimea, Ukraine and in the Kuban. The Tartar defences were strong and provided a good base for Tartar raids. The Russian aim was to pin as many Tartars down in their home area in the Crimea, to reduce the numbers joining the main Ottoman field army.

The main front was in the Balkans, primarily Moldavia. The Russians fielded about 80,000 men and the Ottomans somewhat larger army was probably around 120,000. The author discusses the sources and attempts to reach a balanced conclusion. Overall, the two armies were probably closely matched.

The decisive actions took place on the Pruth River, south of the Moldavian capital at Jassy. Firstly, at the crossing at Faltcha were the Russians failed to halt an Ottoman crossing. The Russian main body then withdrew to a defensive position at Stanilesti. Pinned against the river the Ottomans could have just starved the Russians into surrender. However, they were concerned about a separate Russian column and their own position. The Grand Vizier offered very reasonable terms, which Peter gratefully accepted. Some loss of territory, including the loss of the fortress at Azov.

The format of this book is similar to the popular Osprey style. Plenty of illustrations, decent maps and colour plates, supplemented by photos of re-enactor groups. The style of the colour plates has been criticised, but they look fine to me.

We refought this battle on the tabletop as a display game at the Albanich show in Dumfries in 2010. I wish this book had been published then, it would have made my own outline of the campaign much easier. Overall it is excellent and I look forward to others in the series. A bit of competition for Osprey is no bad thing. 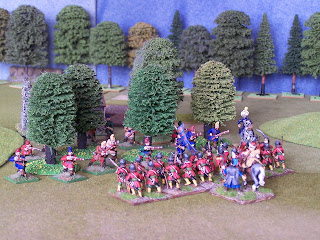 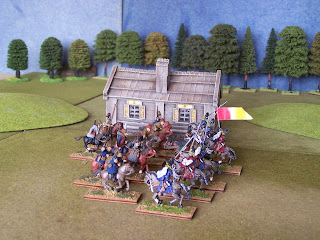 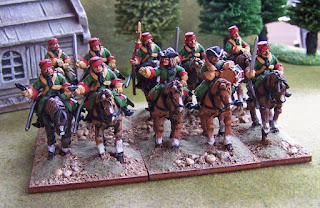